YOU’VE BEEN TRICKED! Rage Gay Space is Not REALLY a Spirit Halloween 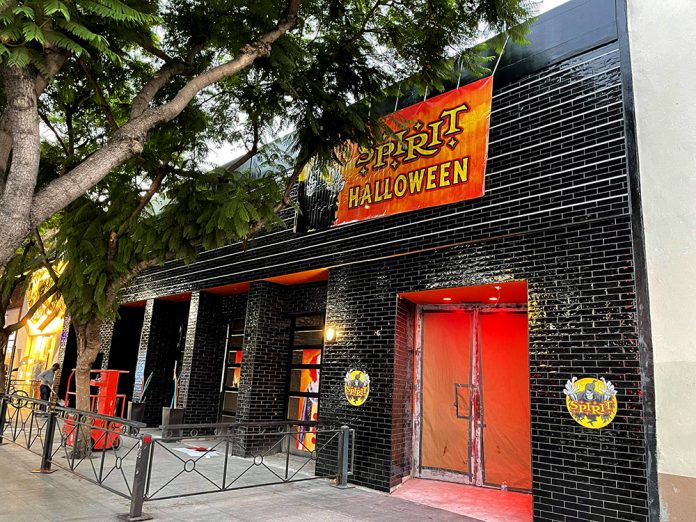 Put away your pitch forks people. It turns out the former Rage gay space, is REALLY not turning into a Spirit Halloween pop-up shop like the new storefront would have people believe. It was a trick with a promise of a treat.

“You’ve been tricked” reads a post on wehomega.club.com, the official website for what’s to come to the former Rage gay space, “Thanks for playing along Spirit Halloween! But we do have a real TREAT coming very soon!”

We asked what was going on after a banner and decorations went up at the space in the early morning hours of October 1st just in time for Halloween month.

And it looks like we have our answer. We repeat, the former Rage space is NOT selling Halloween costumes for Spirit Halloween. It’s just dressed up like Spirit Halloweem for the month of October. Why they didn’t keep the joke going for a little longer beats the hell out of us, but it’s been fun watching people freak out over what many considered a WTF moment at what once stood on that corner in the heart of WeHo’s boystown.

The comments to the trick have been entertaining: 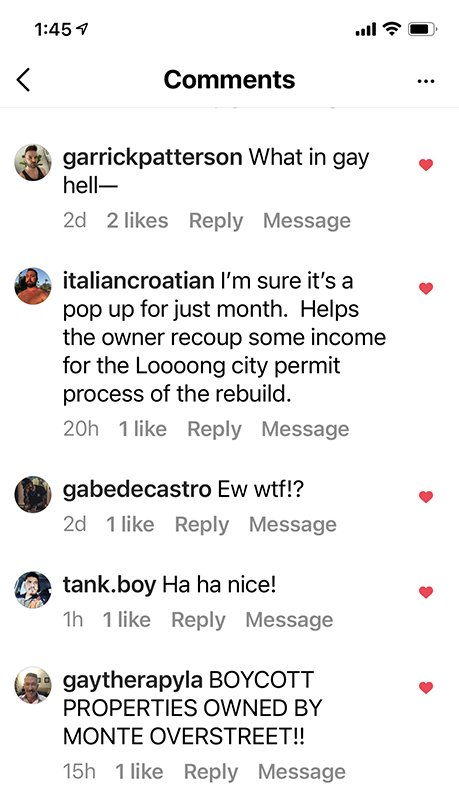 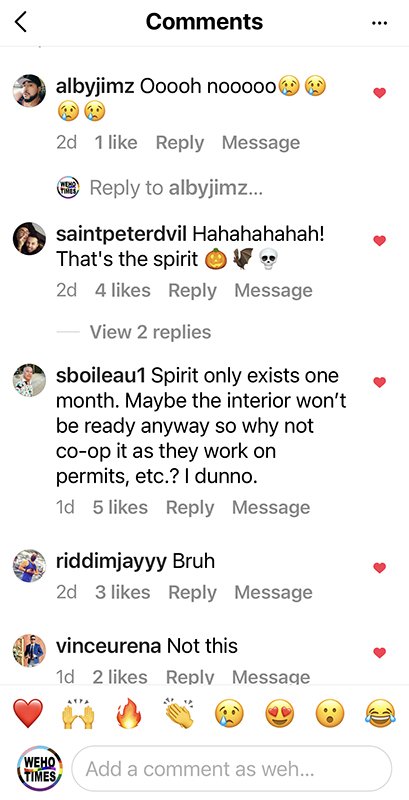 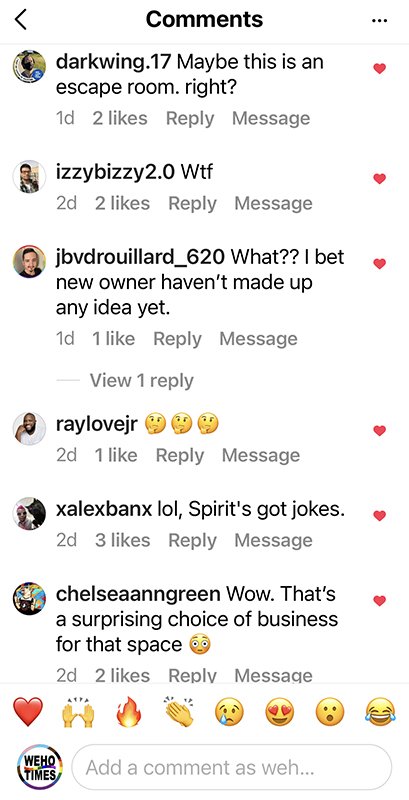 Last month marked a year since the news broke that the The Rage Nightclub, located at 8911 Santa Monica Blvd, had permanently closed after operating in the heart of West Hollywood’s Boystown (now known as the LGBT Rainbow District) for 37 years. It was shocking to learn of the loss of such a historical gay institution.

It was equally shocking (in a good way) when we learned about 7 months later that NSYNC singer Lance Bass had teamed up with his partners at Rocco’s WeHo across the street to save the space and turn it into a some sort mega gay dance club.

And now a year into its closure, some of the local gays were equally shocked to see a Spirit Halloween banner go up on the newly black tiled building where the Rage sign once stood along with other Halloween decorations in… well, in the Spirit of Halloween this month.

NSYNC singer Lance Bass, who is part owner of the up-and-coming gay dance club partnered with Spirit Halloween this year and was named Halloween King by the Halloween costume retailer. So yes, it was a joke. A trick. With a promise of treat.

Sign up to be the first to know the official name of the new club and its opening date at https://WehoMegaClub.com.