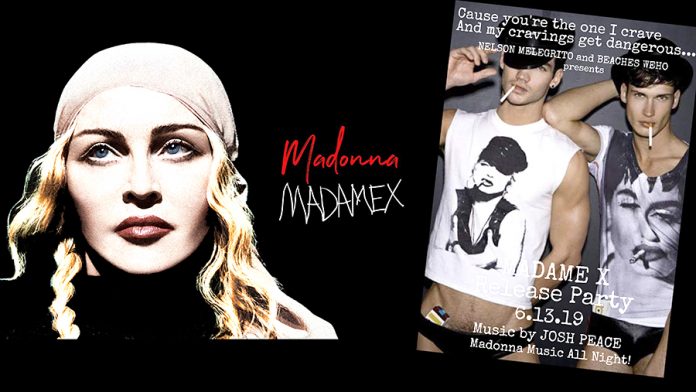 DJ Josh Peace will spin a night of Madonna’s immaculate collection of dance tracks with music videos chronicling some of the most memorable moments in M’s career playing in the backdrop. Join Madonna fans at Beaches WeHo, located at 8928 Santa Monica Blvd in the heart of WeHo’s Boystown, as everyone waits for Madame X to drop on Friday, June 14.

“I have decided to host this event because first and foremost I am a big fan–shocker, right?” Melegrito told WEHO TIMES. “I felt after her heartfelt and touching speech at the iconic NYC Stonewall Inn and her GLAAD award speech and now the just announced World Pride appearance, the timing is perfect. The release of her new album and the release party is our way of paying tribute to her myriad of contributions to the LGBT and other marginalized community. It’s a celebration indeed.”

“I remember it being packed for a Monday,” he said. “This also brought back memories of me hosting the Confessions album release party at the Abbey which was held on a weeknight and it was filled to the rafters so I am hoping – okay, praying that we follow that success for this event.”

Melegrito scouted several Weho club locations, including venues where he previously hosted Madonna events in the past, but none of these places panned out for him. It was a challenge to find the right a spot.

“Luckily, I stumbled upon Beaches Weho – a new happening spot that offered Latin inspired menu and music that reminded me of Medellin, her first single from the Madame X album,” he said. “DJ Josh Peace–who is phenomenal and my favorite Madonna DJ happens to be a regular DJ as well at Beaches Weho, so this is all coming together seamlessly. I have heard nothing but great reviews of the place from friends and when I spoke to Rene Carta, one of the business partners and promotion director of Beaches. We hit it off right away and he was very accommodating about our requests and equally excited. Choosing a venue for me plays an intricate part in hosting Madonna events.” 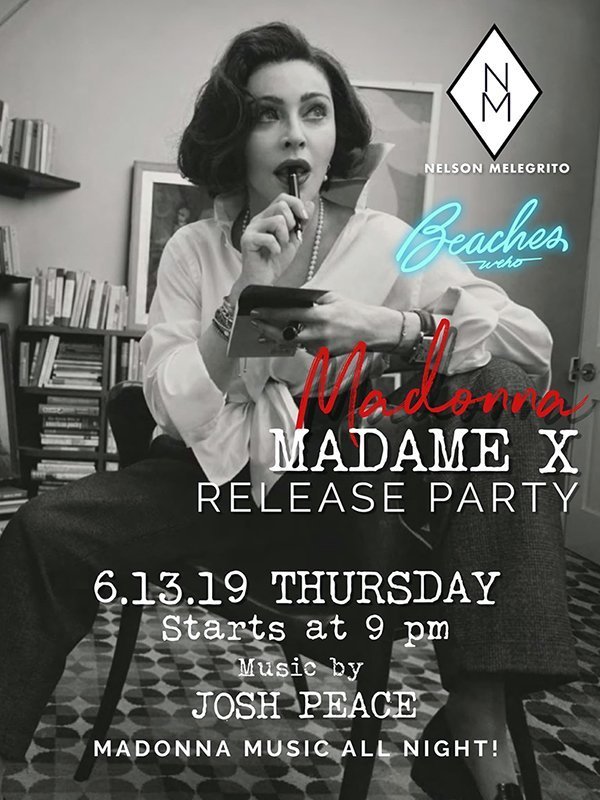 No Madonna release party is complete without the possibility of walking away with some goodies. There will be giveaways of official Madonna Madame X merch courtesy of Live Nation/Interscope Records. There will also be a photo booth, so everyone can get their selfie fix and walk away with a good memory.

“I am looking forward to having a mini reunion with local Madonna fans who have been so loyal since the Confessions era, and have attended the events I hosted to promote her album and singles. With all the negativity in the news nowadays, we need a great distraction and have a fun euphoric celebration through her infectious dance music.”