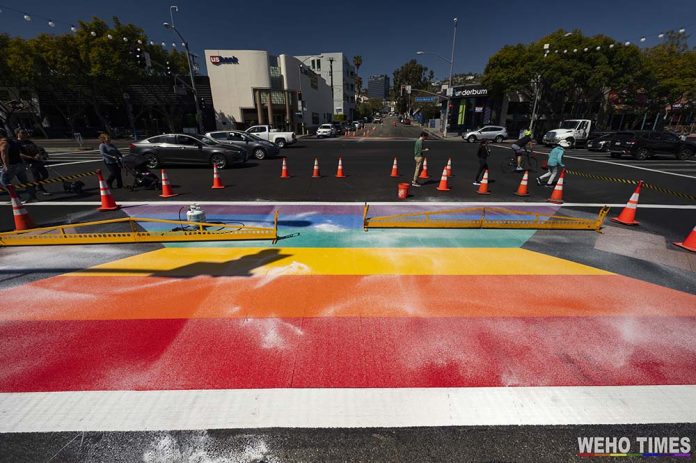 The installment of the second pride progress flag crosswalk began today on the southern side of Santa Monica Boulevard at the San Vicente Boulevard entrance. The work started at roughly 8 a.m. The center portion of the new more inclusive colors were completed in the later afternoon.

Community members are complaining that the crosswalks look incomplete, but that’s because both sides are not yet finished. The plan is to fill in the edges for both crosswalks by tomorrow afternoon. The work throughout the course of the past four days installed new borders on Monday, March 7, 2022. The installment of the new colors began yesterday on the northern crosswalk and will continue today, with a completed date set for tomorrow, Thursday, March 10, 2022. 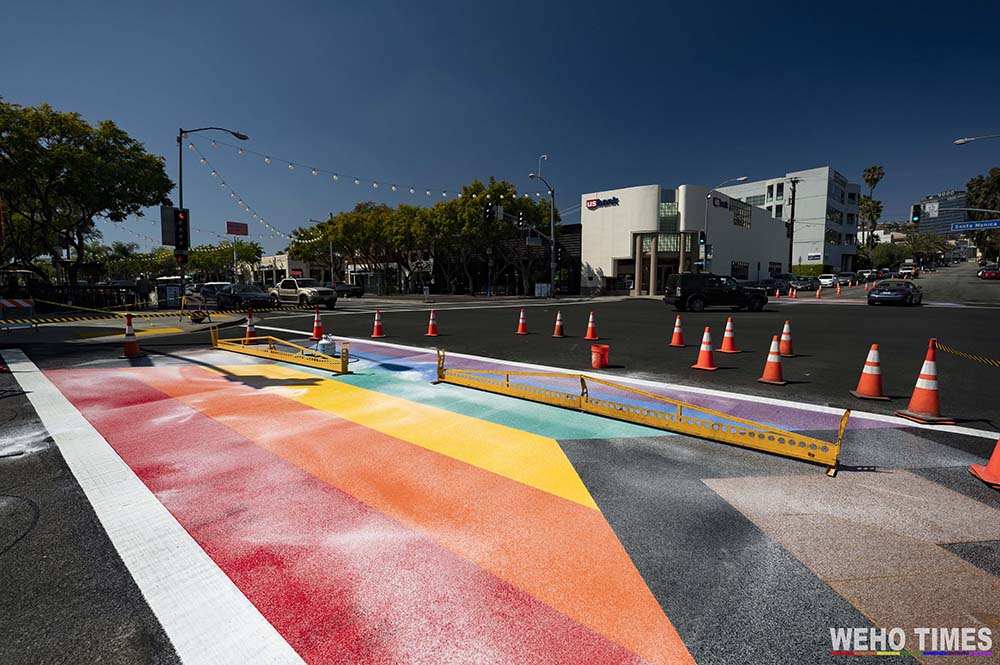 Traffic is limited to one lane heading north and south on San Vicente Boulevard, crossing Santa Monica Boulevard. The lane closures are causing some congestion throughout the day day. The sidewalks are also closed to pedestrians while work is being completed. 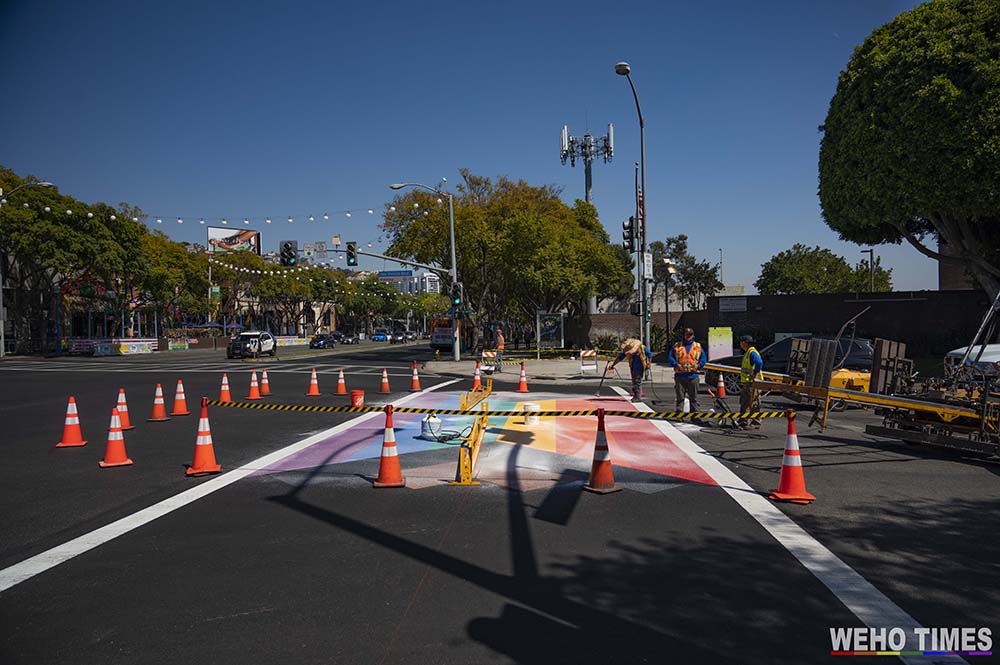 The color application of the new pride progress flag crosswalks is utilizing the same Thermo-plastic technology that was used for the previous rainbow-colored crosswalks, which permanently places hues from the LGBT rainbow flag and ads more inclusive colors from the transgender flag as well as a black and brown stripe to symbolize the inclusion of people of color. 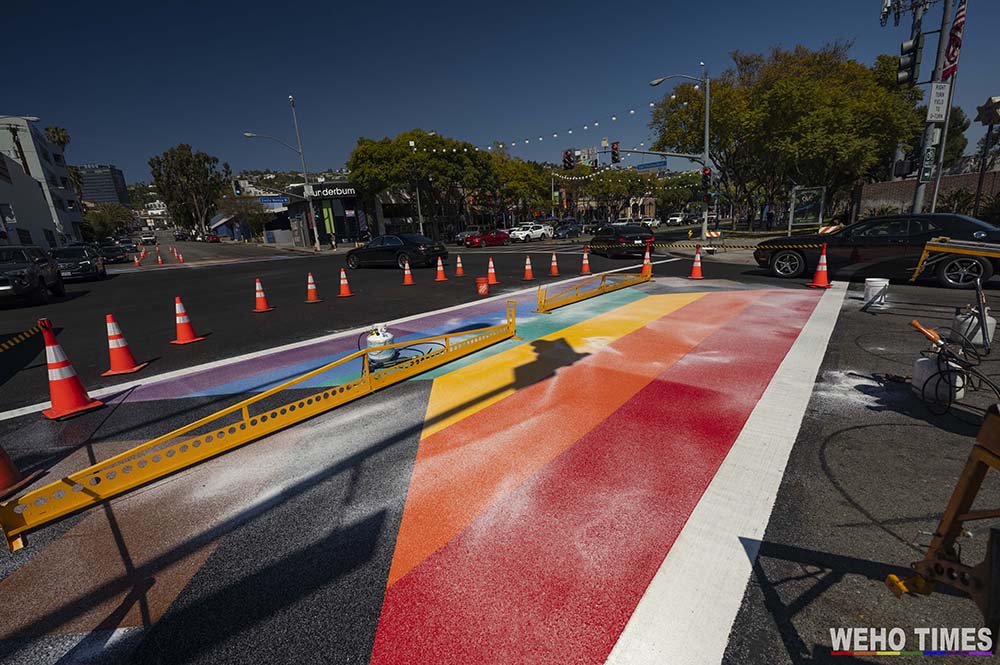 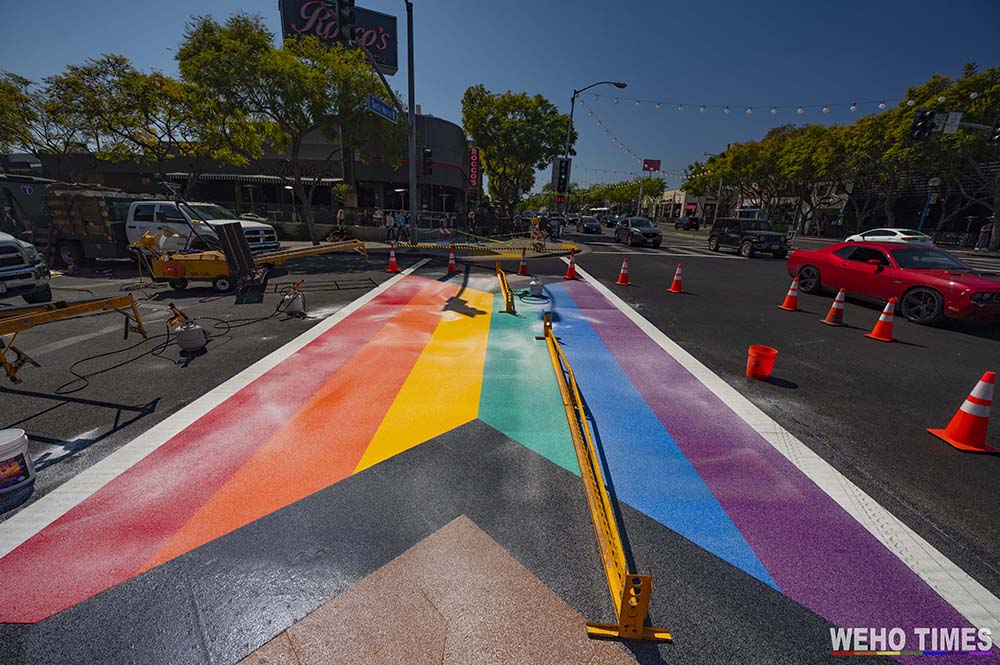 The newly decorated crosswalks will run along Santa Monica Boulevard at the San Vicente Boulevard intersection in front of the West Hollywood Sheriff’s Department. This intersection is considered the heart of one of the most iconic areas for the LGBT community. It will also serves as the entrance to this year’s inaugural WeHo Pride festival which will take place at West Hollywood Park. 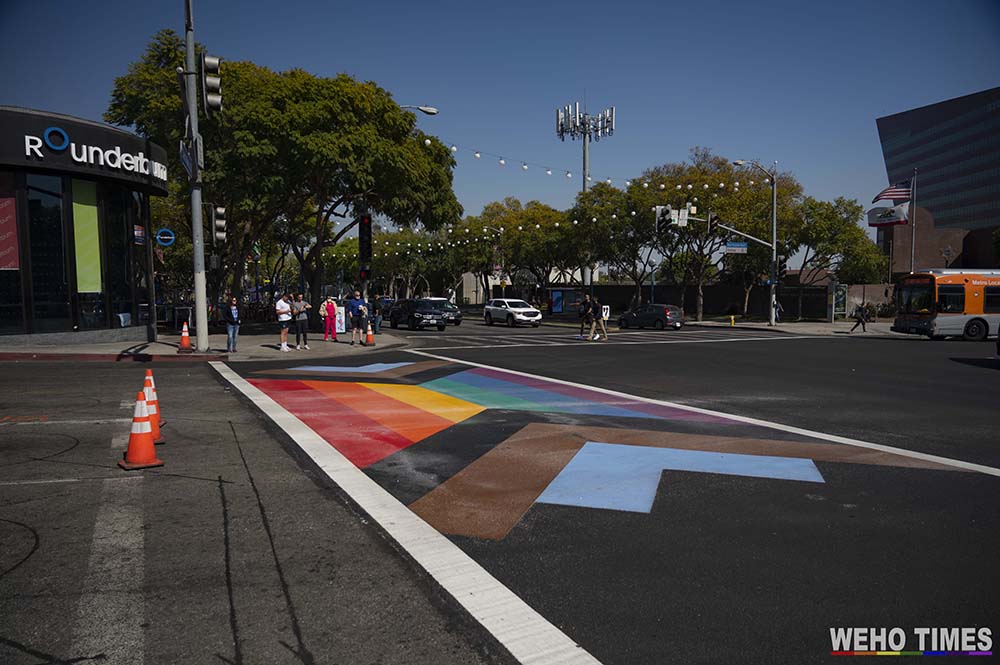 The Pride Progress Flag was created by Portland artist Daniel Quasar. According to his interpretation, the new flag goes beyond the rainbow, adding the color white to represent lives lost to HIV and AIDS, pink and blue for the transgender community, and black and brown to represent LGBTQ people of color.

How many articles do we need on painting the ground. Isn’t there enough other news? Seriously.