Woman Apologizes, Retracts Accusation She Was Drugged at The Abbey WeHo 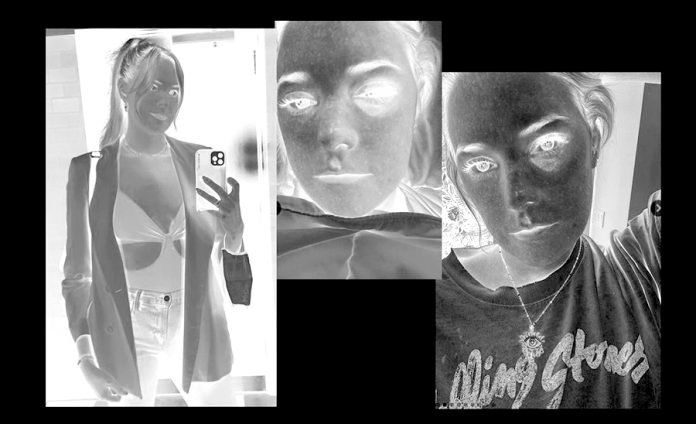 Healy White @haelywhite, the woman who alleged she was drugged at The Abbey WeHo on Thursday, July 29th, was back on her social media platform, this time to retract and apologize to The Abbey Food & Bar and its staff for accusing a bartender of wrongdoing. She also admits she made a similar accusation about a different bar in the past, not related to The Abbey.

“I now believe that what happened to me that night was not the fault of The Abbey or their staff,” she posted on her Instagram account. “I also want to apologize to everyone to the extent some of my statements were inaccurate in any way. I apologize to any Abbey employees who’ve been negatively impacted or threatened in the wake of my comments.”

The post alleging she was “roofied” was taken down, along with the calls to boycott the Abbey following her allegations.

“On Thursday night 7/29, I believe I was severely drugged (“roofied”) by a bartender at one of LA’s most popular gay bars, The Abbey,” reads her previous post. “Within 15 minutes having half of my ONLY drink there, I collapsed, vomited at the bar and continued until I got home. I couldn’t function. I barely made it inside my home (see: face). I’m happy I’m alive to share this. If you know me, you understand this would never happen to me. Not a huge drinker, plus I never vomit when drinking.”

Her new statement reads as follows:

“As many of you saw, I removed my post last week regarding my comments about The Abbey,” she posted today. “The Abbey provided me with new information, including the opportunity to review video, I now want to correct the record on new information that I recently received.

My review of the Abbey’s video footage showed a bartender using two bottles to make my drink and not placing anything else in the drink. Video footage also showed me dancing several feet from the bar, but that no one tampered with my drink during that time. The Abbey assures me that it received no similar claims from that evening, and adamantly denies that the bottles (which were also used for other patrons) could have been adulterated. I was also shown a statement I made about a past allegation and verdict against the bar related to a different bar and not The Abbey.

Obviously, what happened to me that evening was shocking and painful. At all times, I was trying to act in good faith. However, based on my review of the video footage, I now believe that what happened to me that night was not the fault of The Abbey or their staff. I also want to apologize to everyone to the extent some of my statements were inaccurate in any way. I apologize to any Abbey employees who’ve been negatively impacted or threatened in the wake of my comments. We are all continuing to look at what happened.

Having met with The Abbey staff to review video from the night I was there, I believe their actions demonstrate they are truly concerned about the safety of their patrons, and take measures to make their establishment safe. I am thankful to everyone who reached out tome. May this moment where we choose to be united in our quest for respect and safety.”

It is still not clear where White sustained her injuries. She posted a picture of herself with scratches and a black eye she says she sustained at the Abbey. She does not mention the video footage showing her falling at the bar. 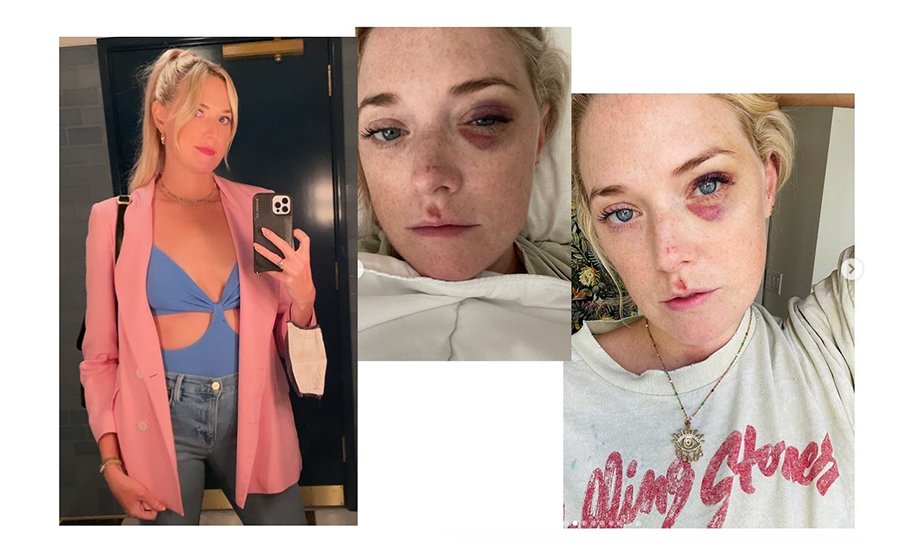 In response, The Abbey posted screen grabs of her statement and replied with two sentences:

“Thank you for acknowledging your mistake. We work hard to keep The Abbey & our guests safe.”

White’s allegation that she was drugged at the Abbey prompted the City of West Hollywood to make a statement about Nightlife Public Safety yesterday.

“The City of West Hollywood works every day to raise awareness about social responsibility and alcohol with an effort called Imbibe Intelligently, which promotes safety tips and messages regarding alcohol consumption within the community and for visitors enjoying nightlife,” reads en excerpt from the statement. “Tips to Imbibe Intelligently are provided on the City’s website at www.weho.org/socialresponsibility and tips are provided in outdoor media in the community and in the City’s social media @wehocity.”

The full statement can be found here.

The Abbey should sue here. It appears she was trying to shake down the Abbey for money. She must have not realized that, besides that bathrooms, there are cameras everywhere. Insead of reporting the incident to the Abbey and waiting for them to respond, she decided to slander the Abbey and their staff. Given that this establishment she had done to this to she needs to some consequences for her action.

Timing suggests anti-vaxxer. How quick wax she to call a boycott? Sadly there are plenty of women and some gay guys that have been roofied at bars. She discredits everyone with this stunt.

Con artists are everywhere. Check out youtube to see people throwing themselves in front of cars. The bar should prosecute to discourage this sort of crime.

As a giver, if this woman may have mental health issues or a possible drug problem, I will always be happy to supply the information needed to get services.