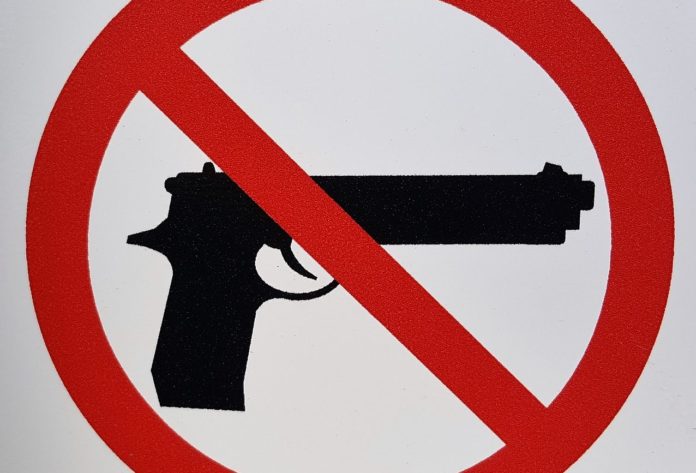 The Resolution follows a school shooting at Marjory Stoneman Douglas High School in Parkland, Florida, in which 17 students and teachers were killed and an additional 14 were injured. Since that shooting, there has been a chorus of renewed calls for the federal government to take steps to reduce rates of gun violence in this country.

As part of the Resolution, the City Council approved special free shuttle service on Saturday, March 24, 2018 for the March for Our Lives rally, which will take place in Downtown Los Angeles. CityLineX will connect West Hollywood residents to the Metro Red Line Hollywood and Highland station where Metro riders can then purchase a Tap card to continue to stations at Pershing Square/5th Street or Civic Center/Grand Park to join the rally.

CityLineX shuttle information will be posted at www.weho.org/cityline as information becomes available prior to the event.

“The City of West Hollywood has a longstanding history of supporting gun control measures aimed at curbing gun violence and enhancing public safety, including enacting an Ordinance banning the sale or possession of semi-automatic assault rifles and of weapons that can be converted into machine-gun type firearms,” said City of West Hollywood Mayor John Heilman. “The need to reduce gun violence is and has been, incredibly urgent for too long. We can no longer stand idly by and allow lobbying groups to take the lead in the conversation. Our community must come together and demand federal action now.”

The statistics are staggering. Nationally, there are approximately 13,000 gun homicides per year. During an average month, 50 women are shot and killed by an intimate partner. The United States has 4.4 percent of the world’s population, but nearly half (48 percent) of the world’s civilian-owned guns. Among developed nations, the United States is far-and-away ranked as the most violent, in large part due to the easy access many Americans have to firearms.

“Since 2013, there have been nearly 300 school shootings in America — that’s 300 too many,” said Councilmember Lauren Meister. “Gun violence leaves behind shattered families, heartbroken communities, and unspeakable loss. Each day in our nation, nearly 100 people are killed with a gun — that’s utterly unacceptable. We cannot allow this to be the new normal; we must insist on immediate federal action on gun control.”

A patchwork of incongruent laws from state-to-state makes states with more restrictive laws vulnerable to states with fewer restrictions. There are few legal mechanisms to keep guns from traveling across state borders. Federally, a few bills have been introduced in Congress aimed at tightening laws for purchasing, but it remains unclear at this time whether any such bills will receive sufficient support to move forward. Senator Jeff Flake (R-AZ) and Senator Dianne Feinstein (D-CA) are working on a bill that would raise the minimum age to buy an AR-15 rifle to 21 for buyers who are not in the military. Senator Feinstein also introduced legislation that would ban bump stocks, which are devices that work to convert a semiautomatic gun into one that mimics a fully automatic gun.

Senator John Cornyn (R-TX), a staunch supporter of gun rights, and Senators Chris Murphy (D-CT) and Richard Blumenthal (D-CT), have introduced the Fix NICS Act, which is a bipartisan bill that would increase enforcement of the requirement to report criminal records to the National Instant Criminal Background Check System. Under current law, all federal agencies, including the Department of Defense, are required to upload certain conviction records into the system. This system is used to check someone’s eligibility at the point in time a person seeks to purchase a gun.

The issue at hand is that various state agencies are not always in compliance; this new legislation would increase enforcement of the existing law. Despite indications of bipartisan support, there are still many Republican members of the House of Representatives who have stated that they are unwilling to sign-on unless the measure is coupled with the Concealed Carry Reciprocity Act, which would allow people with concealed-carry permits in one state to carry firearms into other states.

The City of West Hollywood will send copies of its Resolution Urging Federal Action on Gun Control to President Donald Trump; U.S. Senators Dianne Feinstein and Kamala Harris; Congressmember Adam Schiff; Governor Jerry Brown; State Senator Ben Allen; State Assemblymember Richard Bloom; and others, as appropriate. The City will continue to support policies and legislation to reduce gun violence as a Legislative Priority for the 2017-2018 State Legislative Session and the 115th Congress.