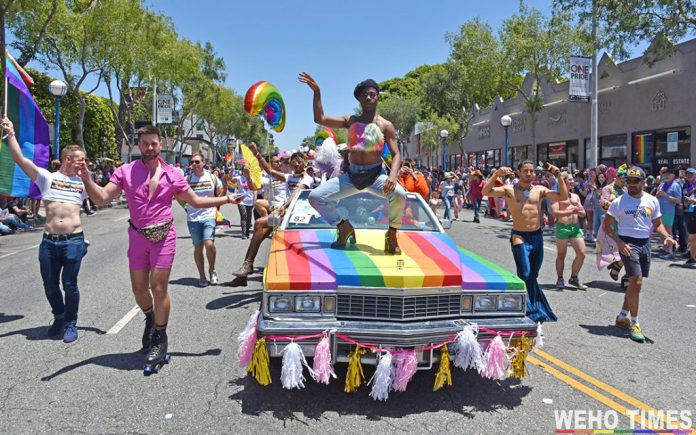 The most recent update for the City of West Hollywood’s WeHo Pride 2022 programing seals a date and time for the city’s inaugural WeHo Pride parade and other events to celebrate Pride in June:

More information and additional details about WeHo Pride Weekend will be made available in the coming weeks at www.weho.org/pride.

Community groups may apply to participate in one of two ways:

Community group applications will be reviewed by the City of West Hollywood and a limited number of approved groups will be chosen as WeHo Pride participants. The deadline to apply to receive funding for a community event is 5 p.m. on Thursday, March 31, 2022.

Additional details about WeHo Pride LGBTQ Arts Festival, including a full calendar of events and downloadable brochure with times and locations, will be made available in the coming weeks at www.weho.org/pride. Some programs from 2021 are still available to be viewed online at https://bit.ly/OCOPYouTube.