West Hollywood to Host Fundraiser for Ukrainian Refugees May 22 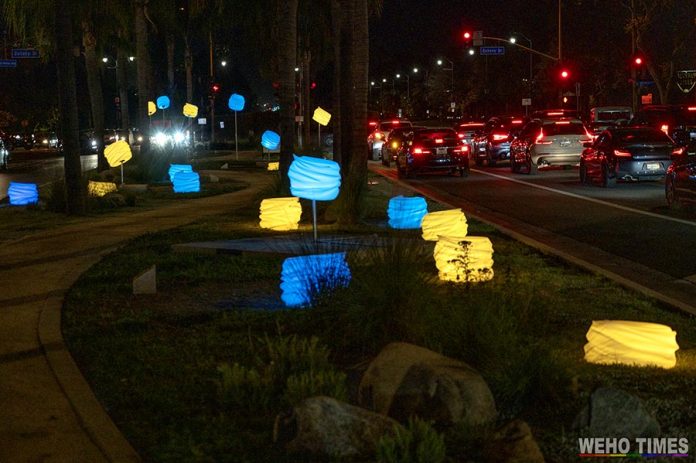 The City of West Hollywood is hosting another fundraiser for Ukrainian refugees on Sunday, May 22, from 11 p.m. to 7 p.m. in Plummer Park, located at 7377 Santa Monica Boulevard as part of the city’s ongoing efforts to help the war-torn country being invaded by Russia.

The event will include a silent auction, various activities for people of any age, and a gala concert. The proceeds from the event will go to a non-profit organization that is helping refugees from Ukraine in many parts of the world, including the United States and Los Angeles in particular. In addition to fundraising, the event’s goal is to show solidarity with Ukraine and connect people to people during this challenging time.

A free admission event will include a silent auction with items and services from local businesses and communities. There will also be activities for kids. Artists Alex Bistrevsky and Dmitrious will amuse young philanthropists with their performances. The Los Angeles Puppet Theater on Wheels will show the “Goldilocks and the Three Bears.” Small visitors can even participate in knitting classes led by the Kids Knitwork. The children’s zone will also include a basketball shootout, giant chess and connect games, hi striker, soccer darts, and more. Kids will have fun while allowing their parents to support people in need. The day-long slate of free events for children includes games, entertainment zones, and masterclasses. The more visitors come, the more awareness, donations, and support organizers can provide to the refugees from Ukraine.

The evening gala concert will include performances by Ukrainian American musician Siuzanna Iglidan and Ukrainian singer Mika Newton. They joined John Legend on the stage at Grammy Awards 2022. The list of artists also consists of singers Svetlana Portnyansky, Boris Yudelevich, Vasiliy Bondarchuk, Ellina Adel, Karina Doba, Yulia Argo, and musicians Igor Serykh, Jacob Nakhman, and Jacob Konviser. All artists are donating their time to help raise funds and awareness of the situation with Ukrainian refugees and the ways people can help them.

The crisis in Ukraine forced more than 11 million people to leave their homes. Even though most refugees crossed the border into neighboring E.U. countries, the U.S. announced it would accept up to 100,000 Ukrainians. And almost 20,000 of them had already crossed the Mexico border into California, mainly from Tijuana into San Diego. The most significant part consists of women and children. When borders open for more Ukrainian refugees, mainly from Mexico to California, the numbers will only rise. And these people need our help
and support.

Before throwing money to a cause that’s getting over $40 Billion of our tax dollars in a single disbursement when Pandemic and Homeless funding is nearly nonexistent, please know that West Ukraine is neonazi❗ For over 8 years West Ukraine lead by the openly neonazi Azov Battalion has committed ethnic cleansing and outright genocide against the minority groups in Ukraine, especially against the ethnically diverse East Ukraine that included West Ukraine killings of its LGBTQ+ activists. It was West Ukraine who started this war and is committing atrocities and, East Ukraine the one that deserves our support❗✊ 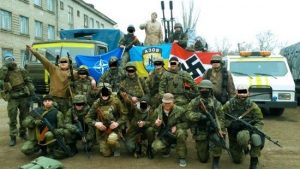