Global architecture and design firm Perkins&Will’s Los Angeles studio has been selected by the City of West Hollywood to design a new 99-seat playhouse project that will replace the Coast Playhouse Theater located 8325 Santa Monica Boulevard, near the intersection of Santa Monica Boulevard and N. Sweetzer Avenue. The Perkins&Will team participated in a design competition initiated by the City of West Hollywood.

The project will be going through a community process to further develop the initial concept into a full design. Preliminary photos show a proposed 5,000 square foot, two-story high playhouse and rehearsal space that will serve as a community destination, activating at street level with pocket parks and an area for outdoor performances. 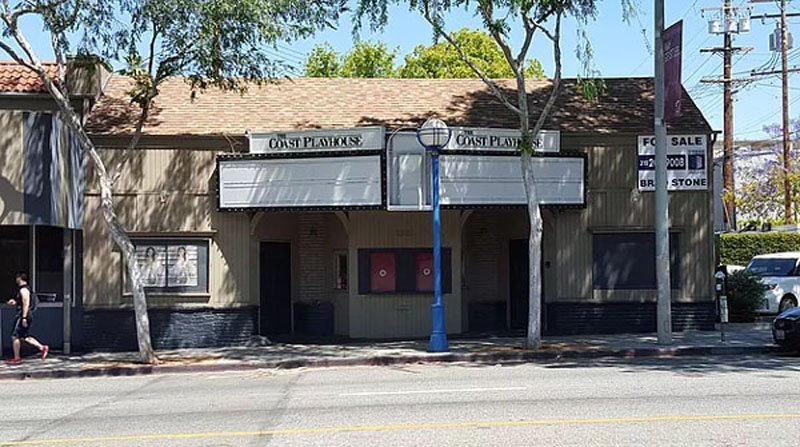 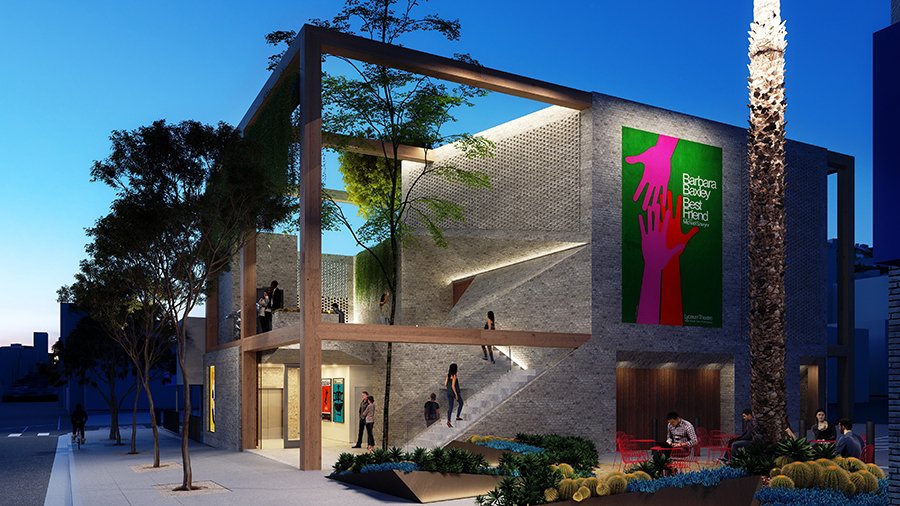 According to a press release, the new Coast Playhouse theater project is a result of outside-the-box thinking on how to bring theatergoers back into a safe space. As artists were hit especially hard by the pandemic, and separated from their art, it is of great importance to Perkins&Will to create an urban theater which will provide them with a state-of-the-art venue, centered around performers and their audiences.

“West Hollywood is a focal point in the region for culture, which makes this new playhouse an opportunity to redefine how local theaters engage the street and serve their communities.” states Yan Krymsky, Design Director. “We thought a lot about how the project could activate Santa Monica Blvd., not just at show time, but also during street events and community gatherings. There’s also an aspiration to celebrate the act of going to the theater. We wanted to capture the drama of arrival and entry found in larger performance halls. We let these ideas shape the design and the outcome was something that felt like a theater but didn’t necessarily look like one that you’ve seen before.” 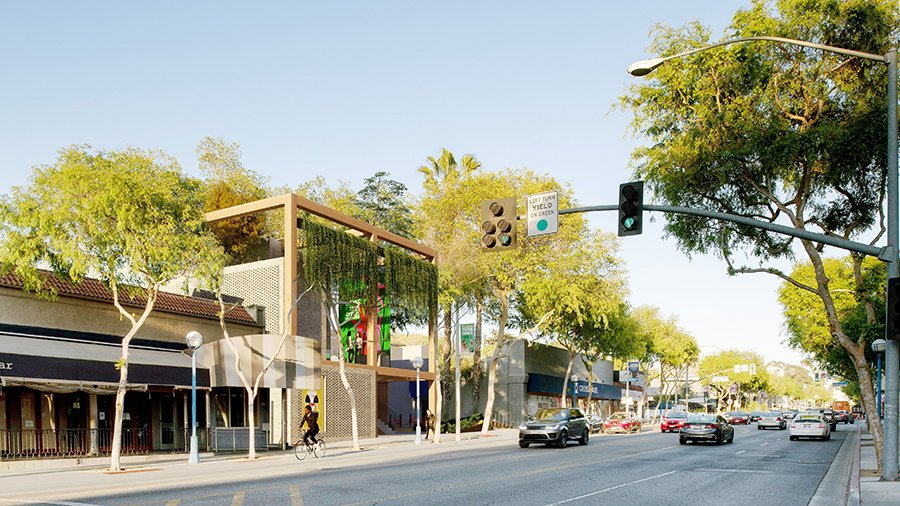 Both the City of West Hollywood and Perkins&Will have put sustainability at the forefront of this initial vision by proposing high impact, cost-effective sustainability strategies. The concept features reclaimed brick and timber façade elements, which would help reduce the project’s embodied carbon​. Inspired by curtains as a signature part of the theatre experience, the concept explores a biophilic green curtain enclosing the second level pre-function space, turning the proceedings on the open terrace into an urban theatre of its own. The project will be going through a robust community process to further develop the initial concept into a full design.

“This project is special to us because its goal is to build on this site’s storied past to provide neighbors, artists, and theater goers a fresh new cultural space to enjoy. We are excited to work with the City of West Hollywood and its community to design a unique, sustainable playhouse that reflects the vibrant artistry of the area while contributing to an enhanced public realm,” adds Leigh Christy, Principal. “We are also looking forward to further engaging stakeholders to establish a versatile, innovative performance venue for artists to create for generations to come.”

If the city is involved, most artists and patrons will be dead before being able to step inside. When they finally open it, the city will turn around and close it again like the pool. Also, does the city now own the entire block or how did they grab the parking away from the resale store for the outdoor plaza and performance space / homeless encampment? Eminent domain???

I enjoyed the pool all summer long and have a reservation to go lap swimming next week. But then again, i’m not someone who constantly dwells on the negative like you.

Your name is ironic.

The design shown is not thinking outside the box..it is a big box. Not all that impressed but it’s still very early in the design process. 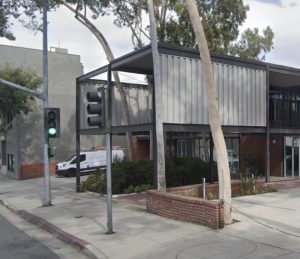 HAH!!! That is actually very funny. Thought the exact same thing when I saw the rendering. To be fair, a friend of mine I were saying how much we liked that structure, but had zero idea of what was in it. It looks like they’re redeveloping the interior into something. But yes, good eye in catching this.