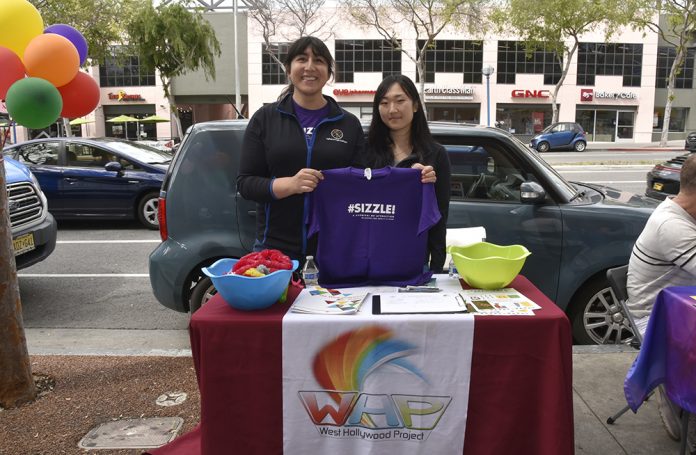 The West Hollywood Project is hosting their second Safe West Hollywood Community Coalition to be held at Plummer Park in Art Room 1, on Wednesday, March 27, starting at 6p.m.

The coalition will discuss some of the pressing issues facing West Hollywood. Topics will include the proliferation of meth in the community, and other recreational drugs. There will be a discussion on sexual assault, binge drinking and the noise that spills out from the bars and clubs.

“We’re seeking an organized community to gather as a group to help decide what the most pressing drug and alcohol issues are in West Hollywood,” Alexis Sanchez, the Prevention Coordinator at West Hollywood Project, told WEHO TIMES. “During our first meeting, the stuff that came up a lot was around crystal meth use, GHB and how that can lead to sexual assault. Also we discussed binge drinking and the kind of public nuisance that comes from that. We want to coalesce and get a good mix of residents, public safety, city officials and people who work in prevention and treatment and lawyers to work together and get some community action.”

According to Sanchez, sexual assault can be prevalent in the bar culture.

“We did a lot of research and community studies with stakeholders, phone surveys, in-person surveys, and sexual assault is something that came up,” she said. “The last survey we did of four hundred people, there were five people who shared stories of sexual assault stemming from the bars. A lot of people that I know and talk to have stories of their own. I feel, especially in the Me Too era, that it’s very poignant and it’s something that we can look at.”

Fentanyl is also something that Sanchez feels is worth discussing.

“I think Fentanyl is something that we need to be really weary of from a public safety standpoint. One of my favorite campaigns on fentanyl was done by the [Los Angeles LGBT Center]. It’s something that we can look at. We should have free Fentanyl testing strips everywhere. I know an employee of the The Center, about a year ago, who had a really unfortunate incident where they picked up a bag of coke just to have a fun night out and it ended up being laced with fentanyl. Three people overdosed from that, so as a community we want to look at something like that. We can definitely allocate resources and have community outreach.”

“This is a great opportunity for anyone who wants to get more involved in the community. I know I’ve gone to city council meetings before where I’m really heated about an issue and I feel like it falls on deaf ears. This is a good opportunity for us to get together and make sure people’s voices are heard and work together to create some type of change.”

The Safe West Hollywood Community Coalition is gathering once a month, on the last Wednesday of every month at Plummer Park. Free parking will be available on-site. Snacks and beverages will be provided. Everyone is encouraged to invite anyone who has a vested interest in West Hollywood or who would like to work towards creating change in their community.

To learn more about The West Hollywood Project, visit http://wehoproject.org/.