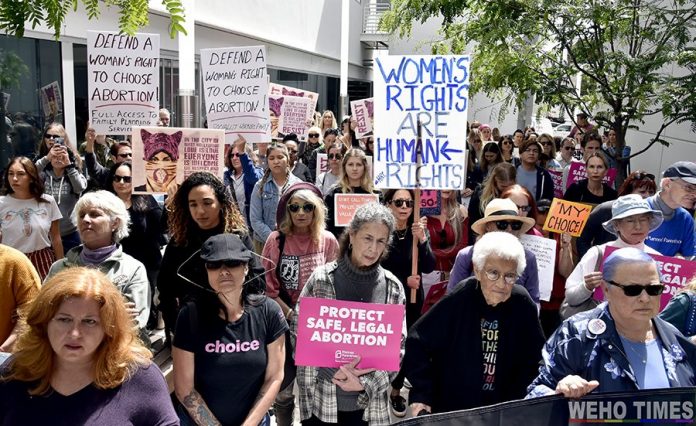 Elected and appointed officials, community leaders, and organizations are holding a press conference on reproductive rights and making a call to action at West Hollywood City Hall, located at 8300 Santa Monica Boulevard, on Tuesday, May 3, 2022, 12 p.m..

A majority of the court privately voted to strike down the landmark abortion rights decisions, according to leaked documents.  The draft opinion is a full-throated, unflinching repudiation of the 1973 decision which guaranteed federal constitutional protections of abortion rights and a subsequent 1992 decision – Planned Parenthood v. Casey – that largely maintained the right. “Roe was egregiously wrong from the start,” Alito writes.  The document, labeled as a first draft of the majority opinion, includes a notation that it was circulated among the justices on Feb. 10. If the Alito draft is adopted, it would rule in favor of Mississippi in the closely watched case over that state’s attempt to ban most abortions after 15 weeks of pregnancy.

On January 23, 2022, the City of West Hollywood and its Women’s Advisory Board joined with the National Council of Jewish Women, Los Angeles (NCJW|LA) for ROE@49: Courageous Conversations on Abortion, a virtual event to commemorate the anniversary of Roe v. Wade, the landmark U.S. Supreme Court decision that legalized abortion in the United States. The event highlighted ways to rise against the growing policy-based assault on abortion access, to reaffirm support for the right to choose, and to advocate for reproductive justice and accessibility to healthcare.