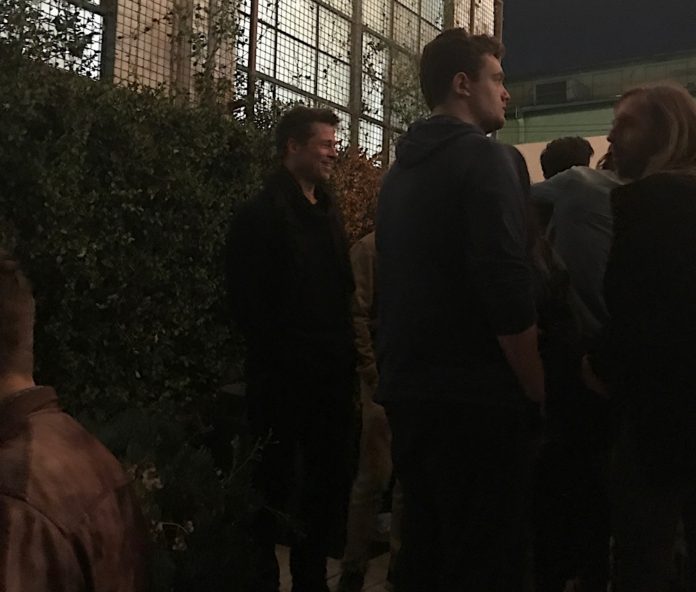 We stopped by The Abbey, Brandon Boyd’s Exhibit at 101/Exhibit Gallery, The Soho House PUMP and Revolver. We had a blast with David Cooley, Brandon Boyd, Vika Petlakh, Bobby Trendy and Marco Morante but bumping into Brad Pitt – as Mia likes to say was  “everything.”

The event was only open to members of the Soho House in West Hollywood.

SERIES7 strives to connect people. More than just an art exhibit, the collection evokes the energy of each piece through an evening of mingling drinking and dancing.

At Lisa Vanderpump’s  PUMP with WeHo’s own Bobby Trendy.

Our last stop of the night was at Revolver with Bobby Trendy and friends. Revolver was packed and the night got wilder as we shared in some holiday cheer with Carlton Gebbia Reality star best known as a cast member of  Bravo’s reality series The Real Housewives of Beverly Hills. ‘Tis the Season!

Mia Dinelly you my dear are a class act! I am so proud of you girl! Love, Todd McAlister