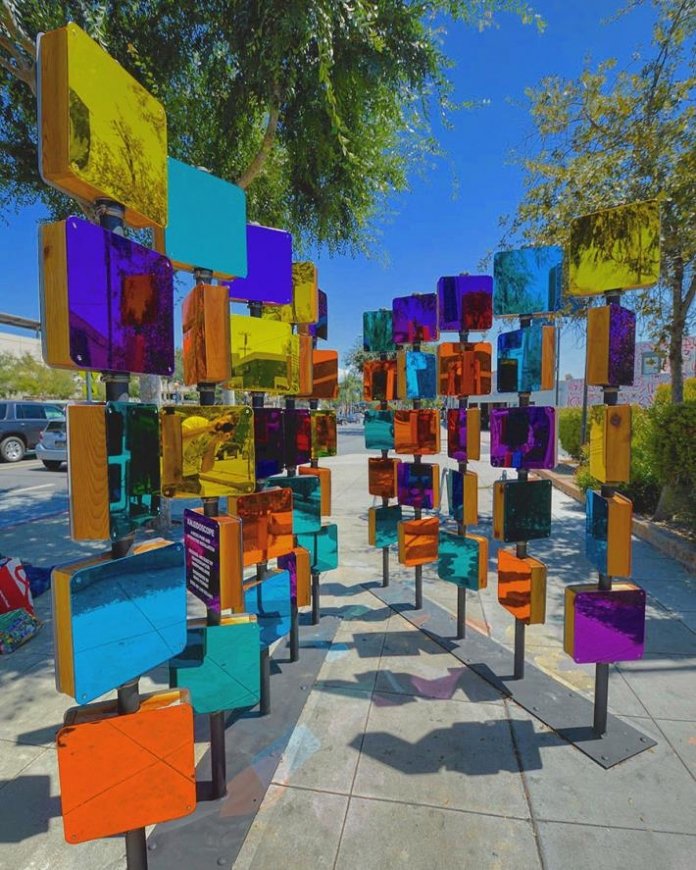 Take a moment to reflect. The City of West Hollywood has installed the third in a series of micro-parks — Kaleidoscope — at the intersection of Santa Monica Boulevard and La Peer Drive.

Kaleidoscope is a series of colorful, rotating, mirrored acrylic squares that reflect light, surrounding buildings, and the movements of passers-by to create a visual and experiential happening on the sidewalk.

Much like the tubes with ever-changing visuals inside, Kaleidoscope offers opportunities for optical and tactile engagement that transforms as people approach; the parts move around and interact with the installation. From a distance, Kaleidoscope appears as a field of color and reflections that changes throughout the day. As one approaches, one can engage directly by rotating the squares, walking around the installation, taking a break on one of the two swing chairs, or by venturing in and taking a moment to wonder at the surreal experience of being inside a kaleidoscope. Kaleidoscope was conceived by Daveed Kapoor of Utopiad in collaboration with Rob Berry of Berry and Linné. As with all of the City of West Hollywood’s micro-parks, pictures and selfies are encouraged and photos can be shared on social media for all to enjoy with #micropark.

Kaleidoscope follows the micro-park installations of TinyParks on the City of West Hollywood’s Eastside and the #WeLoveWeHo selfie spot at West Hollywood City Hall.

The temporary micro-park installations are a project of the City of West Hollywood’s Micro-Park Pilot Program, which activates underutilized spaces within the City during the renovation of West Hollywood Park. Kaleidoscope, TinyParks, and #WeLoveWeHo are the first three of four installations, which are expected to remain in place for 12 to 18 months.

Please visit www.weho.org/micropark for updates on additional micro-parks to be installed across the City. 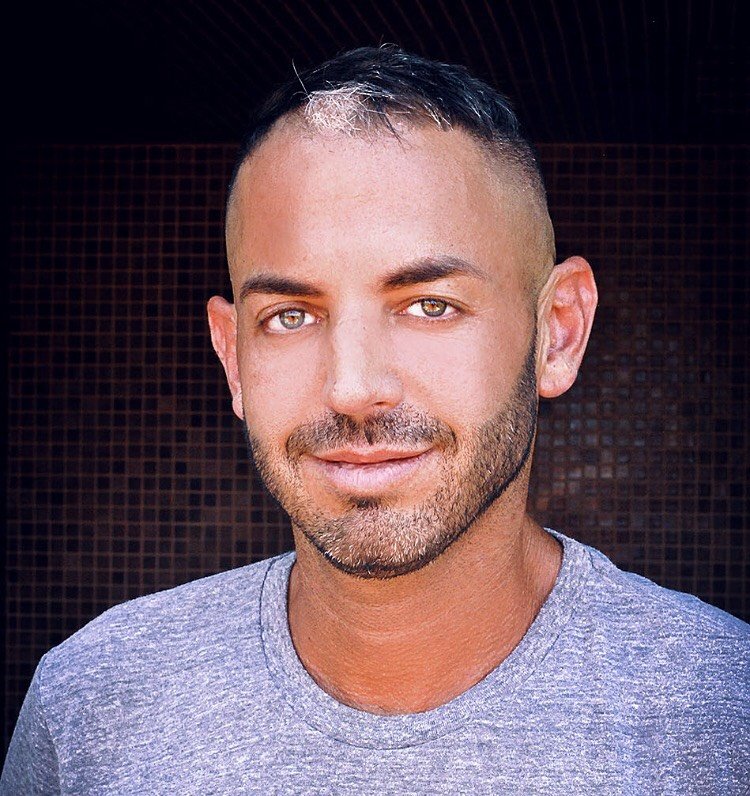