West Hollywood is a Party Destination for Super Bowl Weekend 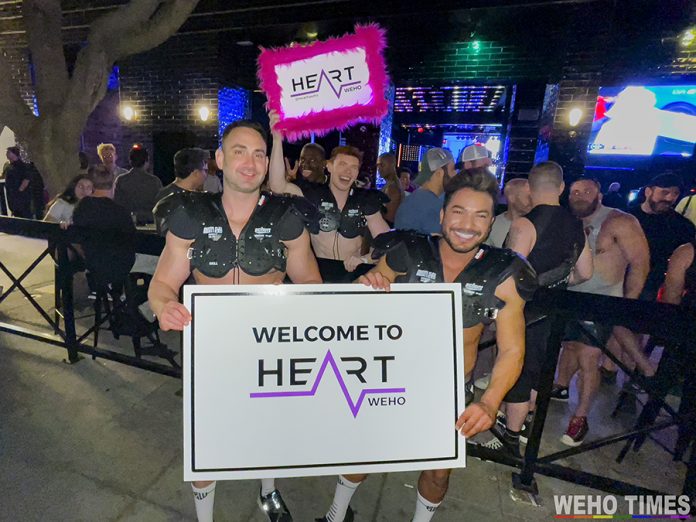 The City of West Hollywood was a party destination for Super Bowl weekend with hordes of football fans and their admirers hitting Santa Monica Boulevard for a long weekend of night life before the big game between the Los Angeles Rams and the Cincinnati Bengals on Sunday.

From VIP parties with live performances by Justin Bieber and Drake, to Kim Petras doing a mini Slut Pop tour at three local WeHo bars, to new Heart WeHo club and gay classic Mother Lode bar having their grand openings this past Friday–not to mention, drag shows and viewing parties on the strip, West Hollywood was the place to be Super Bowl weekend.

The streets were crowded for three nights in a row this past weekend. Heart WeHo had a line curling around the corner; Mother Lode Bar had waves of people coming in to relive memories; it was debauchery as usual at Micky’s WeHo with guys hanging from swings under an umbrella and neon hearts; and The Abbey was lit up with screens playing the game in all directions.

Surprisingly, Stache WeHo did not play the Super Bowl game on their screens and neither did Revolver Video bar, but both bars had a decent crowd throughout the Sunday night.

The partying would pay off with a victory lap for those who were still standing by 7:00 p.m. on Sunday. Screams echoed from bar to bar when the Los Angeles Rams won their first Super Bowl in Los Angeles in a last minute a 23-20 victory over the Cincinnati Bengals at SoFi Stadium in Inglewood.

We actually captured the crowd go nuts at Hi Tops WeHo after the big win. Everyone screamed and then broke out into a rendition of “We Are the Champions” by Queen.

A lot of people cleared out after the game. Cars honked their horns on Santa Monica Boulevard in celebration.

And tomorrow is Valentine’s Day, so more are bound to hit West Hollywood all over again.