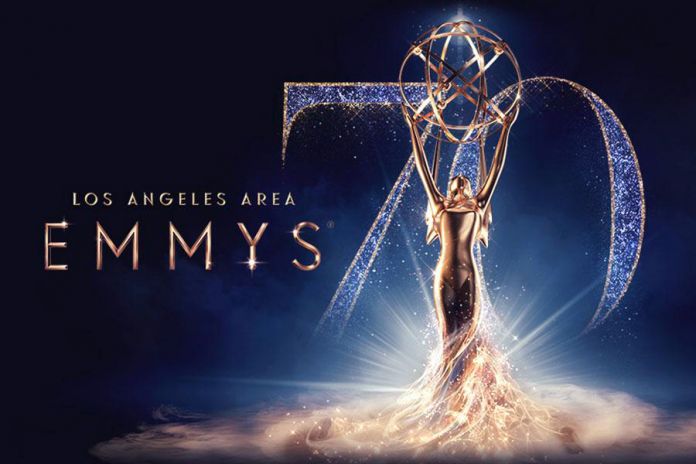 The City of West Hollywood received a second Los Angeles Area Emmy Award nomination for its LGBTQ Pride PSA. Winners will be announced at the Emmy Awards presentation on July 28.

The City has been chosen as a Los Angeles Area Emmy Awards nominee in the category of Public Service Announcement (PSA) for the City’s WeHoTV Channel’s 60-second PSA (“Pride Service Announcement”) video: Linus and the Meaning of Pride, the Television Academy announced.

The City’s nominated PSA, Linus and the Meaning of Pride, is a short parody of the 1965 animated television special A Charlie Brown Christmas, based on the comic strip Peanuts, by Charles M. Schulz. The one-minute PSA substitutes ‘Pride’ for ‘Christmas’ and reconstructs an animated scene in which Linus tells Charlie Brown about the beginnings of LGBT pride marches. The narrative focuses on a milestone in LGBT history, the Stonewall Riots of 1969 in Greenwich Village, New York City. The Stonewall demonstrations are broadly considered a turning point in gay-and-lesbian activism in the late 1960s, leading to the Gay Liberation Movement that followed and to the modern movement for LGBT equality. In the PSA video, Linus proclaims, “the LGBT community had stepped out of the shadows and into the light and avowed never to return to the darkness again.” The video is available on the City’s WeHoTV YouTube Channel at https://youtu.be/Q-sV_2xd4bg.

“Those of us who have led the hard-fought battles for LGBT equality for decades have witnessed, first-hand, the wins of our activism and advocacy,” said West Hollywood Mayor John J. Duran. “In 2017, as communities across the nation began organizing in resistance to the regressive and dangerous policies of the Trump Administration, we saw a new generation of activists who were not familiar with some of the events in our LGBT history. This PSA shares the story of Stonewall and how those demonstrations formed the basis of annual Pride events each year around the world. It’s important that we continue sharing stories from our LGBT history to inform and ignite the passions of young people who are standing up in resistance to hate, fear, and intolerance.”

Linus and the Meaning of Pride was produced in June 2017 as a Public Service Announcement NewsByte for WeHoTV, the City’s local governmental broadcast television station and digital programming network. It was released during June Pride celebrations and for the #ResistMarch, which brought tens of thousands of marchers to the City of West Hollywood. In 2016, the City of West Hollywood was recognized with a Los Angeles Area Emmy Award for its Game of Thrones-themed water conservation PSA Winter is Here! But the Drought is Far From Over. Selected WeHoTV programming is available for live streaming and on-demand replay on WeHoTV’s YouTube Channel at www.youtube.com/wehotv and on the City’s website at www.weho.org/wehotv.

The City of West Hollywood has been one of the most outspoken advocates anywhere for the legal rights of LGBT people. Today’s openly gay Councilmembers still receive international attention for being out and proud as elected officials and approximately 40 percent of the City’s 35,000 residents identify as LGBT.

For more information about Linus and the Meaning of Pride or about the City’s other PSAs, please contact Joshua Schare, City of West Hollywood Communications Manager, at (323) 848-6378 or at jschare@weho.org.