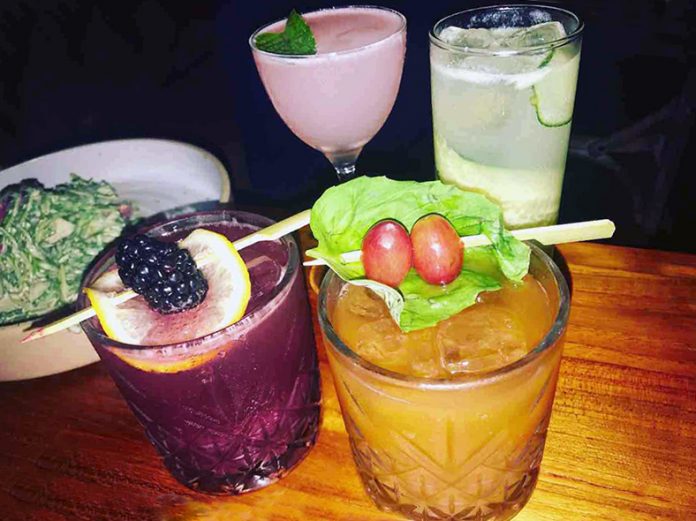 From October 18 through October 27, West Hollywood is hosting its first East & Drink Week.

Eat and Dine Week is Presented by The West Hollywood Travel & Tourism Board, the weeklong event will feature WeHo’s twist on the traditional DineLA format expanding it to feature late night and mixology options.

We also headed to Katana to try out dishes on their special $65 dinner menu. We sampled the seared Albacore sashimi topped with garlic ponzu and crispy onions which was fresh and featured complex flavors and the American Kobe beef. The menu also includes their signature fusion shot, garden salad with pear and almonds; a Robata course with salmon, chicken and American Kobe beef; baked crab and spicy tuna cut rolls and tuna, salmon and yellowtail nigiri. Katana’s menu runs $65.

To check out all of the WeHo Eat and Dine Week menus, visit https://www..eatanddrinkweek.com.