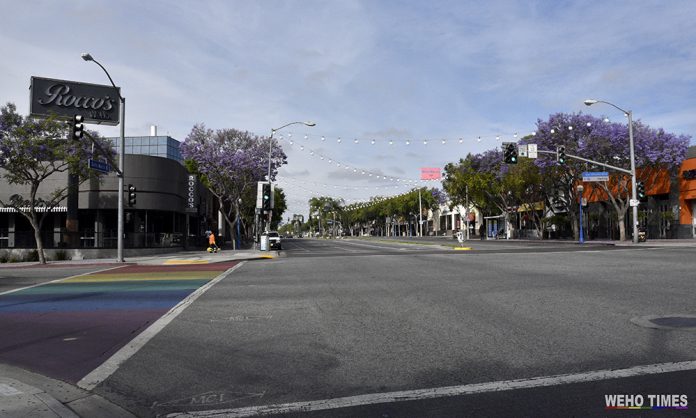 The City of West Hollywood Curfew continues. It goes into effect tonight, Monday, June 1,  2020 at 4pm.

The City is enforcing the recent LA County curfew order. All residents should remain indoors starting at 4 p.m. on Monday, June 1, until 6 a.m. on Tuesday, June 2.

The curfew order states: “No person shall be upon the public street, avenue, alley, park, or other public place or unimproved public realty.” This curfew will remain in effect until such time as it is lifted. This curfew is consistent with curfews in the City of Los Angeles and City of Beverly Hills, which neighbor the City of West Hollywood.

The Los Angeles County Sheriff’s Department continues to monitor the situation and will provide education and enforcement regarding the curfew.

Emergency Executive Order 2020-5 (Revised) is available on the City’s website at www.weho.org/home/showdocument?id=46429.

There were no reported injuries to any West Hollywood residents from the civil uprising in the calls for justice for the murder of George Floyd. Multiple businesses were vandalized throughout the city and some looted this past weekend. Sheriff deputies made roughly 30 arrests for burglary, vandalism, and curfew violations according to a Facebook update by John D’Amico. There were no structure fires and there were no reported injuries to LASD Deputy Personnel and no patrol vehicles were damaged during the protest. There will be additional Deputy Personnel from the Sheriff’s Department to supplement West Hollywood’s Patrol function.

More protests are scheduled to happen today throughout the greater Los Angeles County. It is not clear if protest will make their way to the City of West Hollywood. A sit-in scheduled at 4pm, at Sunset and Crescent Heights was cancelled due to fears of violence and looting in the city. WeHo residents are encouraged to dial 911 in case of emergency.