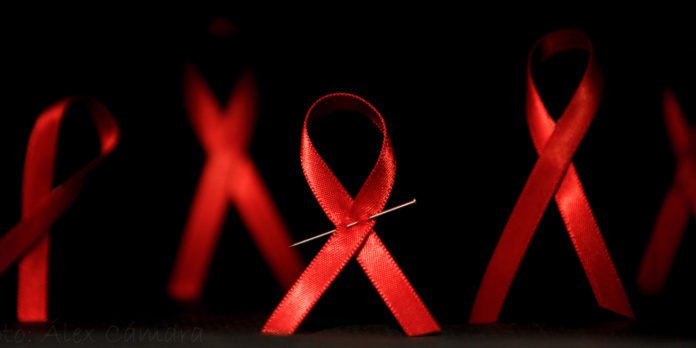 World AIDS Day is held each year on December 1. The day is an opportunity for people worldwide to unite in the fight against HIV/AIDS, to show support for people living with HIV, and to commemorate people who have passed away due to C. The first World AIDS Day was held in 1988.

Each year, the City of West Hollywood recognizes World AIDS Day with special events and programming.

The Candlelight Vigil will begin at 6 p.m. at the Matthew Shepard Triangle, located at the corner of Santa Monica and Crescent Heights Boulevards. Candles will be provided.

The walk will pass by plaques on the West Hollywood Memorial Walk on Santa Monica Boulevard, which memorializes people who have been lost to HIV/AIDS. The Candlelight March is presented in conjunction with the Alliance for Housing and Healing and several community organizations.

The awards recognize individuals who provide services to people living with HIV/AIDS. The event will feature guest speaker Laurie McBride, who is an LGBTQ activist and former California Assistant Secretary of State, and the Being Alive Musical Globe Display. The event is free and open to the public, and RSVPs are requested via www.whwad.eventbrite.com. Validated parking will be provided in the adjacent five-story parking structure.

Also on Friday, December 1, 2017, beginning at 12:01 a.m., the City of West Hollywood will continue its annual tradition of broadcasting AIDSWatch on WeHoTV. AIDSWatch is a 24-hour electronic art piece and memorial that takes place each year on World AIDS Day. It presents one name, one memory, one life at a time, appearing on a black screen in stark white letters.

The AIDSWatch roster consists of approximately 25,000 names individually shown for about 3.5 seconds, the length it takes to take one breath. Residents and community members who have lost family or friends to AIDS are encouraged to include them in AIDSWatch; names may be added at www.aidswatch.org.

WeHoTV is available to Spectrum (formerly Time Warner Cable) customers within the City of West Hollywood on channel 10. AT&T U-verse customers across Southern California can access WeHoTV on channel 99. Viewers at home can tune-in to WeHoTV online at www.weho.org/wehotv.

AIDSWatch will also be projected on the north-facing exterior wall of the West Hollywood Library. AIDSWatch will be visible to participants of the World AIDS Day Candlelight March as they proceed down San Vicente Boulevard.

A panel of The NAMES Project AIDS Memorial Quilt will be on display at West Hollywood City Hall, located at 8300 Santa Monica Boulevard, from Monday, November 27 through Friday, December 1, 2017. The Quilt, conceived in 1985 by activist Cleve Jones, is a memorial to and celebration of the lives of people lost to HIV/AIDS. First displayed on the National Mall in Washington D.C. on October 11, 1987, the quilt has since grown from 1,920 panels to more than 48,000, and has not been displayed in its entirety since October 1996. For more information about World AIDS Day events, please contact the City of West Hollywood’s Social Services Division at (323) 848-6510. For people who are deaf or hearing impaired, please call TTY (323) 848-6496.