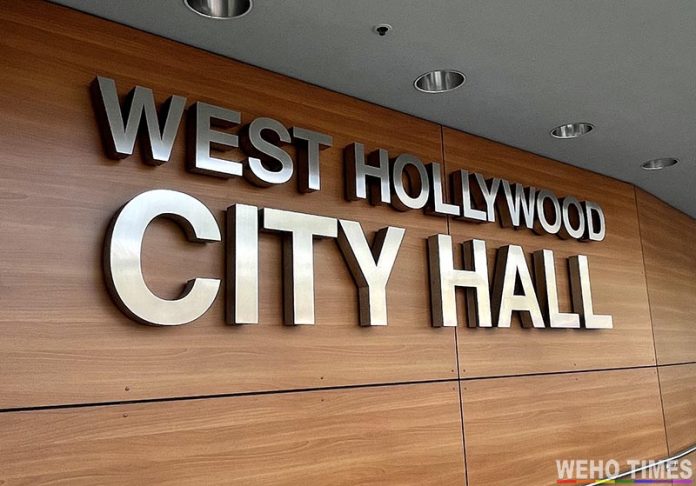 West Hollywood City Hall will reorganize itself with several top-level personnel changes, including a newly named Deputy City Manager and the ouster of the Communications Manager. A source tells WEHO TIMES the reorganization will also see several shifts in division oversight, effective January 3, 2022.

City Manager David Wilson announced the changes in his executive team to City Hall staff on Wednesday, December 15, 2021, via an email. Among the employees getting promotions are Jackie Rocco, who will become the new Deputy City Manager, John Leonard, who has been named the new Economic Development Director, and Yvonne Quarker, who will be head of the newly created Community Services Department.

Meanwhile, longtime employee Lisa Belsanti, who has headed the Communications Department for the last eight-and-a-half years, is no longer with City Hall, effective immediately. WeHo Communications confirmed her departure stating she is no longer with the City of West Hollywood, but it is City policy not to provide additional comment on personnel matters.

Belsanti also declined to comment on the nature of her departure for this article.

In announcing the personnel and departmental changes, City Manager David Wilson said in his email to staff, “We appreciate everything [Belsanti] has done for the City over the years and wish her the best of luck in her future endeavors.”

Belsanti joined WeHo City Hall in May 2003 as then Councilmember Abbe Land’s deputy. In 2008, she made a lateral move to become a Senior Management Analyst. Then in 2013, she was named Communications Manager upon the retirement of Helen Goss, who held to the position since the city’s inception. In 2016, Belsanti was promoted to Communications Director.

In addition personnel changes, several divisions will be moved to other departments with this reorganization, including:

As for the personnel changes:

As Deputy City Manager, Rocco will oversee all the development-impacts related departments, including economic development, public works, facilities & recreation services and planning & development services. Rocco has been with the city since 2008, most recently as Public Works Director, before that as Business Development Manager.

John Leonard will be the new Economic Development Director, heading up the department that will now include the Arts division and the Property Development division, plus the Business Development division. Leonard, who joined WeHo City Hall in Jan. 2012, was most recently was Community & Legislative Affairs Manager and before that, the Revenue Manager. Leonard is the one who oversaw the creation of the city’s cannabis business regulations.

Yvonne Quarker will become the new Community Services Director and will oversee the Event Services division and Community & Legislative Affairs division. Quarker came to WeHo City Hall in July 2011 as an Assistant City Clerk before moving up to become City Clerk in 2014, a position she held for seven-and-a-half years. Last summer, she was named the Administrative Services Director. 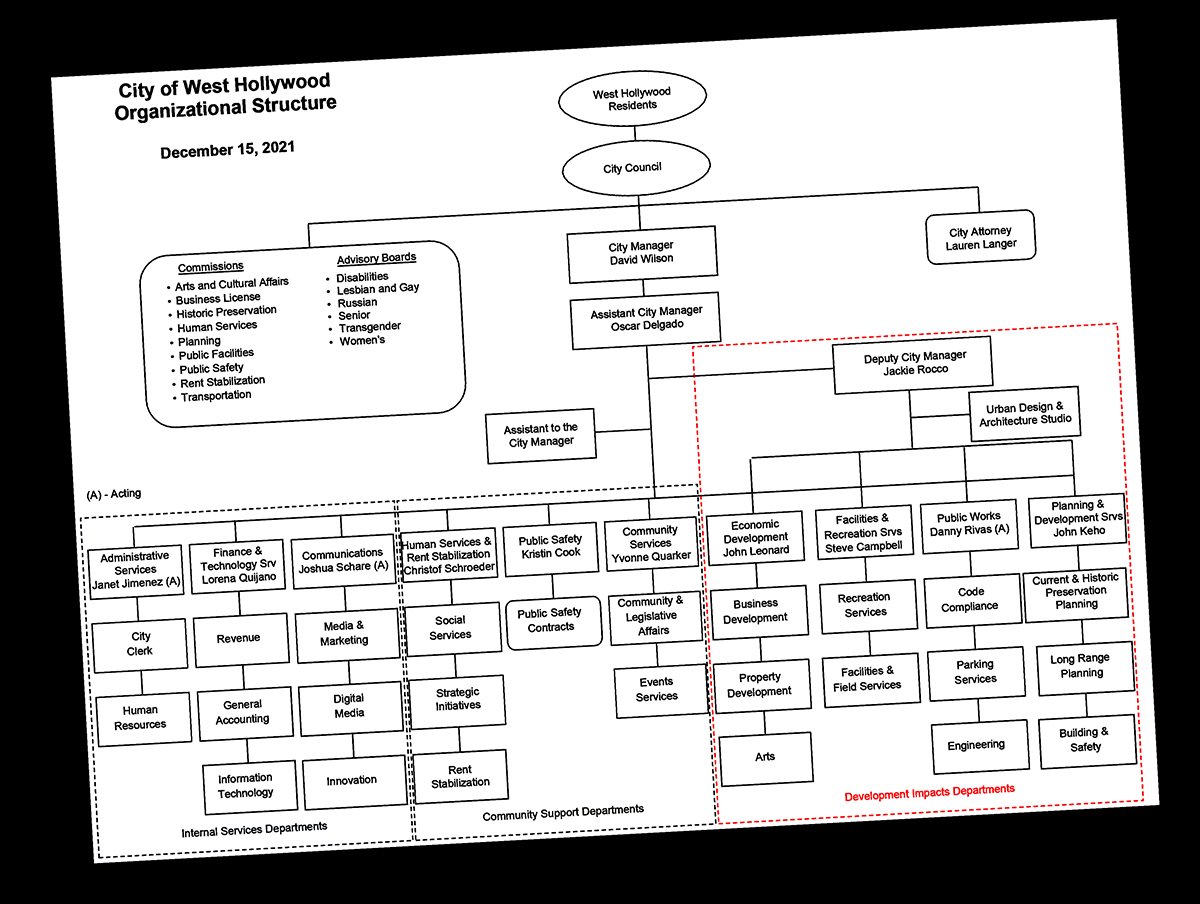 With Belsanti’s departure, Joshua Schare will become the acting Communications Director, effective immediately. Schare has been with the city’s communication department since Dec. 2013, most recently as the city’s Communication Manager.

With Rocco’s promotion, Danny Rivas will become the acting Public Works Director, moving up from his current position of Code Compliance Manager, which he has held since 2019.

With Quarker’s promotion, Janet Jimenez will become the acting Administrative Services Director. For the past seven years, Jiminez has been Assistant to the City Manager. She previously served as a Code Compliance Officer for five years.

The city lost an incredible communications director who was extremely passionate about her community and paved the way for the award-winning comms department. Always responsive with the community and seemed to be loved by staff. Every interaction i had with Lisa was a positive experience and gave me hope for our city. What’s happening at city hall?! It’s all falling apart.

I wonder what the city will do with all the money that they will save from the communication director salary. I think with salary and benefits, she was making over $300k, which is more than the White House spokesperson makes. Such a waste for a city with about 40,000 residents.

I’m sure that anyone that has ever met her or dealt with her has a little smile on their face. It’s a Festivus miracle.

It’s a pity that with all this reorganization, there still is no one to reign in the city council.