West Hollywood City Hall is Red, White and Green in Solidarity with Women in Iran 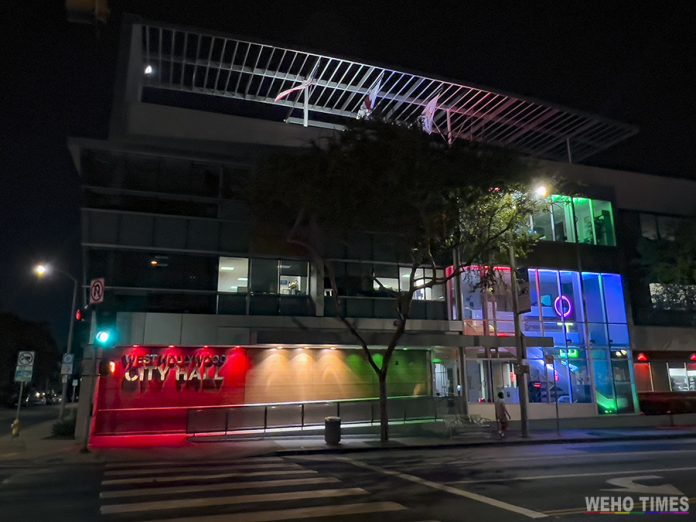 West Hollywood City Hall has been lit red, white and green, representing the colors of the Iranian flag, in memory of Mahsa Amini, and in solidarity with the women of Iran who are fighting for their freedom and human rights. The colors will be lit from Monday, October 3, 2022 through Thursday, October 6, 2022. The Iranian flag colors flag are traditional and can be interpreted as representing the Islamic religion (green), peace (white), and courage (red). 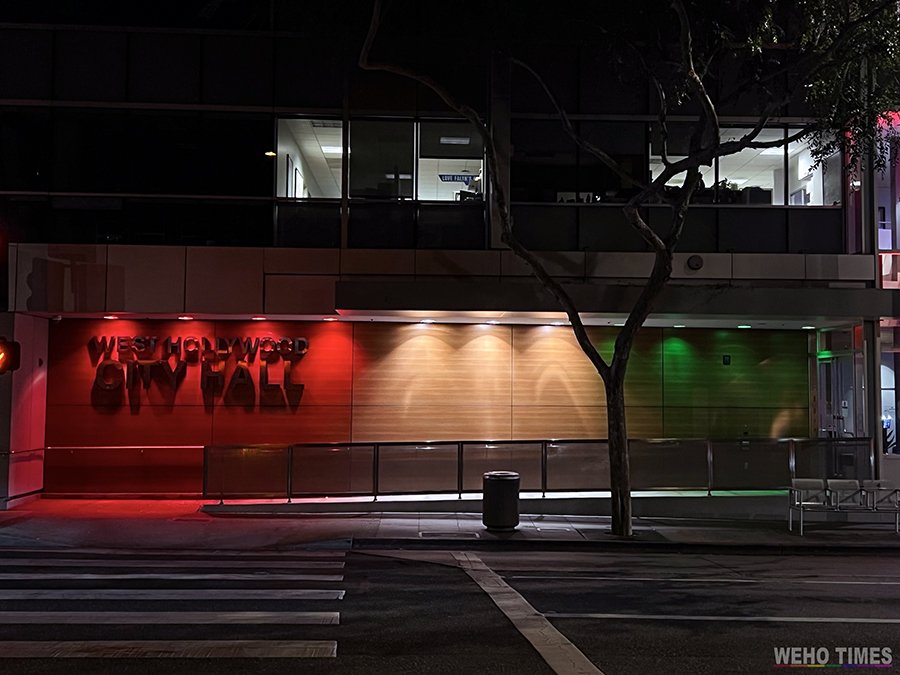 Mahsa Amini died while in the custody of Iran’s so-called “morality police” who enforce the strict hijab rules of the country mandating that head coverings be worn by women. Iran’s Law Enforcement Command arrested Amini for allegedly not wearing a hijab correctly in accordance with government standards. Police said she had a heart attack at a detention station, fell on the floor, and died after two days in a coma. According to media reports, eyewitnesses, and women who were detained with Amini, she was severely beaten, fell into a coma, and died. Amini was 22 years old.

Amini’s death sparked protests in cities around the world in recent days in a show of solidarity with women in Iran. Hundreds of Iranian-Americans and their supporters gathered at West Hollywood Park on Thursday, September 29, 2022 for a candlelight vigil honoring the life of Mahsa Amini. The demonstration was led by Iranian American Women Foundation (IAWF). Speakers included West Hollywood Mayor Pro-Tempore Sepi Shynye, Mayor of Beverly Hills Lili Bosse, Beverly Hills Councilwoman Sharona Nazarian, and other community leaders.

Demonstrators gathered before a a table displaying photos of Mahsa Amini’s life. They held signs, chanted the words “Woman, life, freedom,” and they called for human rights in Iran in the wake of Amini’s death. There was a also a march at the end of the vigil that shut down major city streets like San Vicente and Santa Monica Boulevards.

There has to be a better way than flashing the Iranian flag in West Hollywood. I’m troubled by the Iranian council member Sepi Shyne’s association with this. Why not a Ukranian flag? Or something worse?