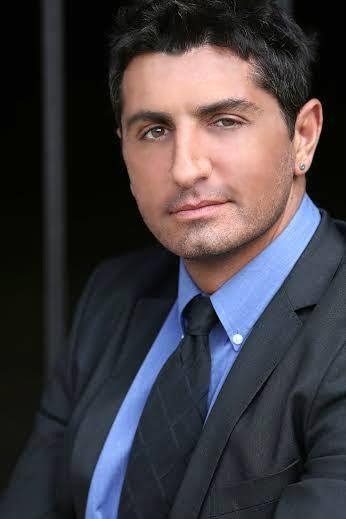 Genevieve Morrill, President and CEO announced yesterday in an Email to board members the promotion of Vic Gerami to Director of Programs and Communications for the West Hollywood Chamber of Commerce (WHCC).

Vic joined the Chamber a year ago, as manager of events, where he has played a key role during the transition to our newly restructured organization. During his tenure, he has exceeded revenue projections and attendance records for special events, implemented protocols which have improved efficiency, and is frequently recognized for his outstanding accomplishments.

Vic’s background in advertising, publishing and community outreach gives him an overall understanding of how to promote businesses across various platforms and integrated media.

Gerami began his career in West Hollywood at Frontiers Magazine where he served for six years, followed by his tenure at LA Weekly and Voice Media Group. Vic is an LGBTQ Activist, Writer and Media Contributor whose work has been featured in The Advocate, OUT, LA Independent, The Los Angeles Blade, Queerty, Rage Magazine and Fight Magazine. He is also a regular contributor to WEHO TIMES with his celebrity interview column 10 Questions with Vic.

In 2009, he was featured in the Wall Street Journal as a “Leading Gay Activist” for his work leading up to and subsequent passing of Prop 8. He organized fundraisers for organizations such as Love, Honor, Cherish, Equality CA and the Los Angeles LGBT Center to repeal Prop 8. In 2015, he was noted in the landmark Supreme Court lawsuit, Obergefell v. Hodges, in which the Court held in a 5–4 decision that the fundamental right to marry is guaranteed to same-sex couples by both the Due Process Clause and the Equal Protection Clause of the Fourteenth Amendment to the United States Constitution.

Calling him “a natural born advocate”,  Morrill went on to say, “Vic brings innovative thought leadership to our mission and is visionary in the future of our organizations and its members. It is with this leadership and vision that we welcome Vic Gerami into this new role (as Director) with a focus on promotional marketing, business program development, special events and sponsorship.”

About The West Hollywood Chamber of Commerce

The Chamber team is made up of a diverse group of individuals, both volunteer and staff, who share years of experience in a wide variety of business industries.

The 25 volunteers that make up the West Hollywood Chamber Board of Directors reflect the creativity and diversity of our City. From Fortune 500 companies, to small businesses, to non-profit organizations, the Board represents all industries in the community.

The Board of Directors is charged with taking action and making decisions affecting the entire business community. They are responsible for the fiscal operations of the Chamber and, ultimately, the achievement of the Chamber’s mission. The Board works closely with staff to assure the that implementation of services is congruent with the Chamber’s overall objectives.

The staff of the West Hollywood Chamber has been built to bring the highest level of experience and resources needed to best serve its members. The Chamber staff serves members using skills from a variety of backgrounds including business management, public relations, community outreach, politics, and marketing, thus providing the business community with the most comprehensive service.

Director of Programs and Communications