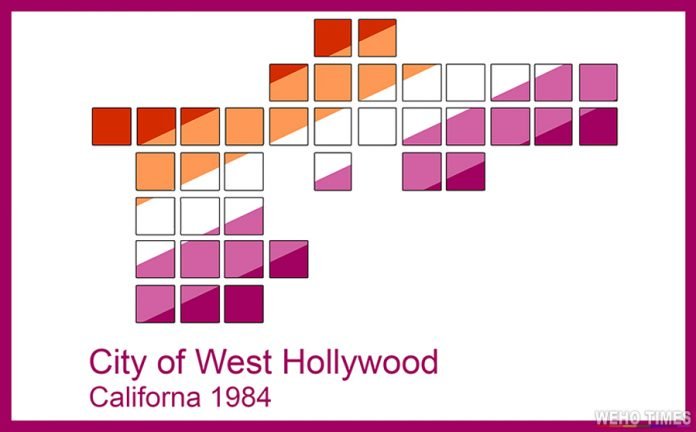 The City of West Hollywood, its Lesbian and Gay Advisory Board, and Transgender Advisory Board will recognize Lesbian and Queer Women Visibility Week with a week-long celebration beginning Monday, April 25, 2022 to May 1, 2022. Lesbian Visibility Week is an annual observance celebrated in the United States and Europe dedicated to increasing the awareness of lesbian identities and issues. A full list of activities taking place in West Hollywood during the week can be found at www.weho.org/lgbtq.

“Lesbian and Queer Women Visibility Week transforms West Hollywood’s promise of inclusion into reality for a large segment of our community in a way that embraces all Queer women,” said City of West Hollywood Mayor Pro Tempore Sepi Shyne. “I’m thrilled to be celebrating this week in the City and I invite everyone to ‘Meet Me in the Park’ on Saturday, April 30th for an amazing day of educational panels, and lots of fun and games on West Hollywood Park’s Great Lawn.”

“Visibility and awareness are critical tools to help us uplift and celebrate our vibrant LGBTQ community,” said Councilmember John M. Erickson. “As various states enact ‘Don’t Say Gay’ bans, I’m proud that here in West Hollywood we not only say ‘gay’ loudly but we say it proudly! I’m thankful to all of the organizers who are working on West Hollywood’s Lesbian and Queer Women Visibility Week and I look forward to continuing to see the vibrant actions and events they bring to our city, our residents, and our businesses.”

On Monday, April 18, 2022, at its regular meeting, the City Council of the City of West Hollywood will issue a Proclamation to commemorate April 25, 2022 through May 1, 2022 as Lesbian and Queer Women Visibility Week. The City will display the Lesbian Pride flag in medians on Santa Monica Boulevard; West Hollywood City Hall and lanterns over Santa Monica Boulevard between Hancock Avenue and N. Robertson Boulevard will be lit in pink, orange, white, and red to reflect the shades of the Lesbian Pride flag.

On Saturday, April 30, 2022, from 10 a.m. to 6 p.m., the City will host Meet Me in the Park – a gathering for Lesbian and Queer Women on the Great Lawn at West Hollywood Park, located at 647 N. San Vicente Boulevard. The day will include “You Want Me to Call You What?” a Lesbian Speakers Series panel discussion featuring gender non-confirming, nonbinary, and masculine presenting persons who have created welcoming workspaces for lesbian and queer women of all presentations. Panelists will include: Dr. Diandra Bremond (she/her) Adjunct Professor at USC; Kim Fuentecilla (she/her/they/them) Assistant Principal at Animo Ralph Bunche Charter High School; Madin Lopez (they/them) Executive Director of ProjectQ); Kalela McNeil (she/her) Actor, Comedian, and Entrepreneur); and the panel will be moderated by Zekiah N. Wright (they/them) Labor Attorney and member of the City’s Lesbian and Gay Advisory Board. Meet Me in the Park will also include a dog-meet up and dog contest, sporting activities, and park games. For more information and to RSVP, please visit Eventbrite.