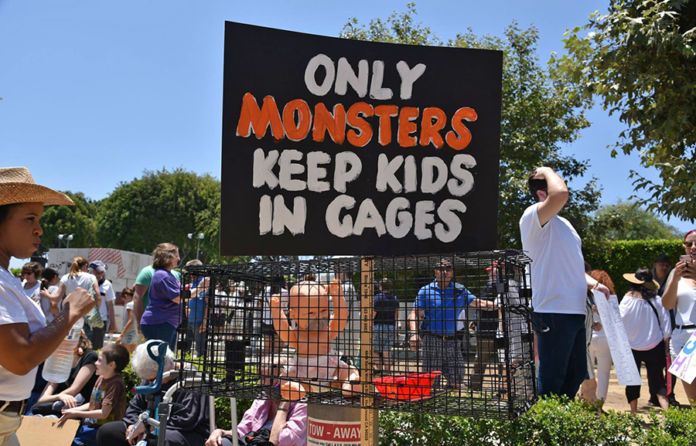 The City of West Hollywood and the Strategic Insights Group will host a panel discussion on the Trump Administration’s “Zero Tolerance” immigration policy to break down the facts and look for ways to help reunite children and families.

Featured panelists will include: Mito Aviles, community organizer and activist; Apolonio Morales, Political Director for the Coalition for Humane Immigrant Rights; and Tai Sunnanon, Chief Executive Officer of the Strategic Insights Group. Juanita Valdez-Cox, the Executive Director of the nonprofit organization, Lupenet, will join live via video feed from Texas. The event is free and open to the public and free parking will be available in the adjacent five-story structure with validation.

Since early May 2018, more than 2,000 children have been separated from their parents after crossing the Southern U.S. border, according to the Department of Homeland Security. This is part of a new immigration strategy adopted by the Trump Administration referred to as the “zero-tolerance” policy. The policy includes prosecuting all people who cross the border illegally, including parents traveling with their children and people who subsequently attempt to request asylum. Under the policy, the administration began separating all families who cross the border. Once they are separated from their parents, children are held at Customs and Border Protection facilities and then transferred to longer term detention centers with the Office of Refugee Resettlement. After much public outcry, the President signed an executive order replacing the family separation policy with a family detention policy that is meant to keep families together while they are being detained, but there are still many families that have been separated that face an uncertain future.

“If you’re not outraged by this, then you’re not paying attention,” said West Hollywood Mayor John J. Duran. “Let’s be clear, these are the policies of the Trump Administration and they are cruel and inhumane. Families that are desperately seeking to flee from danger and violence should not be subjected to the trauma of being torn apart by our nation. This is not what the United States of America promises. Instead, our country should stand by what Emma Lazarus described in her sonnet attached to the pedestal of the Statue of Liberty: ‘Send these, the homeless, tempest-tossed to me: I lift my lamp beside the golden door!’”

“It’s clear that the family separation policy and the humanitarian crisis it spawned continues,” said Mayor Pro Tempore John D’Amico. “There was never an organized plan to reunite these families and the President’s executive order to replace the family separation policy with a family detention policy still offers no roadmap to reunite the thousands of children who remain separated from their parents. These policies are monstrous and the people that put them in place are monsters.”

The City of West Hollywood has continually supported state and federal legislation protecting and advancing the fundamental rights of its community members including LGBT people, people with disabilities, seniors, people of color, immigrants, women, and others. In December 2016, the City Council of the City of West Hollywood reaffirmed its commitment to its core values, which includes Respect and Support for People. West Hollywood is a safe space, regardless of nationality or immigration status, and the City has a commitment to promoting social justice and equal rights.

For more information, please contact the City of West Hollywood City Council Offices at (323) 848-6460 or alovano@weho.org.