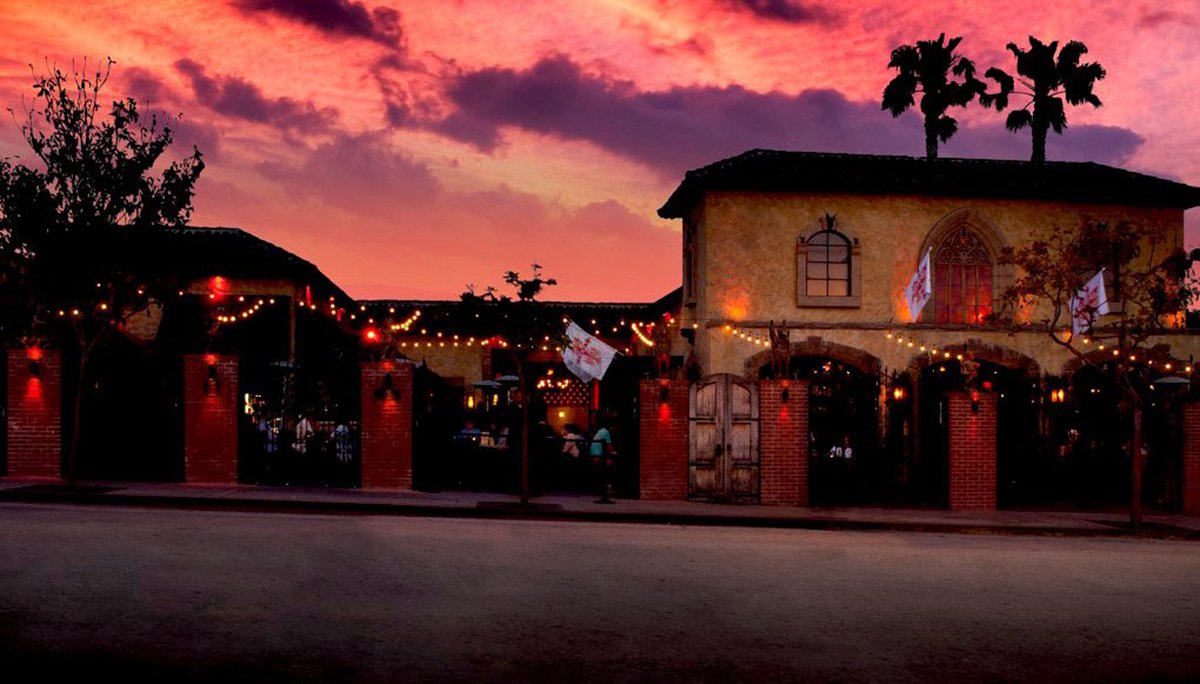 Everything you’ve heard about The Abbey is true. After all, West Hollywood’s most iconic gay bar has a reputation to uphold.The sprawling 16,000 square-foot venue is imposing in its grandeur. The immense indoor dance club – capped with an eye-popping, candy-colored Chihuly chandelier – connects seamlessly to the al fresco patio and bar. The decor is ironically monastic, though it’s more reminiscent of the set from Madonna’s Like a Prayer video than any actual monastery. The staff are prettier than anyone you know, fueling impure thoughts and ribald commentary. At night, scantily clad Go-Go boys sway to the pulsating rhythms and thumpa-thumpa beats of pop music remixes while patrons indulge one another’s libidinous fantasies. And though the booze-fueled revelry often verges on debauchery, there’s more to The Abbey than mere bacchanalia.

David Cooley‘s world renown Abbey is as inviting as it is formidable. The staff and patrons are ceaselessly gregarious. I found myself at The Abbey on a Wednesday afternoon surrounded by a motley mix of world-weary regulars, wide-eyed ingénues, Beyoncé lookalikes, and urbane millennials, some with their chardonnay-swilling mothers in tow. I was able to strike up friendly conversations with more than a few, and I never once felt out of place.

Afternoons at The Abbey are also more demure than late nights. It’s a place to relax with friends while you down a few cocktails and enjoy some tasty treats. And with a happy hour that’s as affable as it is affordable, you can satisfy your appetite for food, drink, and great conversation without breaking the bank. The happy hour menu runs from 4 to 7 p.m. on weekdays (4 to 9 p.m. on Fridays) and offers a selection of drinks and appetizers ranging from $6 to $8. Despite the low prices, they don’t skimp on portions. Pours are so generous that all but the most seasoned of drinkers should find themselves pleasantly woozy before they see the bottom of their first drink. Wine glasses are filled to the brim and need to be sipped before they can be moved. Specialty martinis are swimming-pool sized cocktails made from flavored vodkas and fresh juices. And everything tastes as good as it looks.

The temptingly tart Wild Berry Martini is a blend of Absolut Berri Acai, Wild Berry Schnapps, housemade sweet and sour, and a dash of grenadine. Tastefully garnished with a melange of fresh berries, the drink is as pleasing to the eye as it is to the palate. The Abbey’s Watermelon Martini, reportedly a favorite of Elizabeth Taylor, is a refreshing concoction made from Absolut Vodka, fresh watermelon, and lemon juices, and served with a watermelon wedge.

Of course, if you plan on keeping up with the regulars, you’ll want to temper the intoxicating effects of the alcohol with some shareable fare. The Abbey’s kitchen is more than happy to oblige. With a delicious array of tasty appetizers, comfort food, and classic bar food, the happy hour menu has something for everyone.

Abbey Wings – tender on the inside, crispy on the outside, and tossed in a spicy-sweet Asian chili sauce – offer a unique take on the quintessential American bar snack. If you prefer your poultry boneless, the Popcorn Chicken provides an appetizing alternative.

Otherwise, just do what I did and order the gargantuan nachos. You’ll get a heaping mound of tortilla chips drenched in pepper jack cheese, guacamole, sour cream, and other accoutrements, and you’ll have more than enough to share with all the new friends you’re sure to make at one of Weho’s most inviting happy hours.

Jason Alvarez is Los Angeles-based writer and editor who covers the arts, culture, gastronomy, and the LGBT community. His writing has been featured by America’s Test Kitchen, DTLA Weekly, and Los Angeles Journal, among others.

Food News for the Month of September 2022