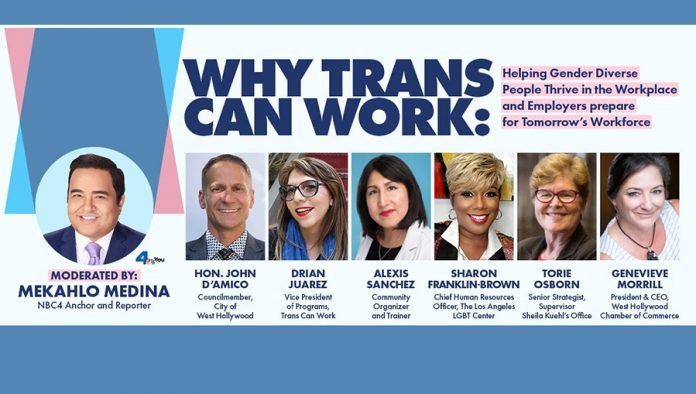 The City of West Hollywood and its Transgender Advisory Board (TAB) will host a moderated virtual roundtable discussion: Why Trans Can Work: Helping Gender Diverse People Thrive in the Workplace and Employers Prepare for Tomorrow’s Workforce. The roundtable discussion will take place virtually on Thursday, November 12, 2020 at 5 p.m. via Zoom at https://zoom.us/j/91959559565.

The roundtable discussion will provide an opportunity to discuss a newly developed anti-transphobia effort designed to educate employers and employees about how to properly address gender diverse employees. Roundtable discussion participants will introduce a toolkit that was designed by Trans Can Work in collaboration with the West Hollywood Chamber of Commerce with the input and financial support of the City of West Hollywood.