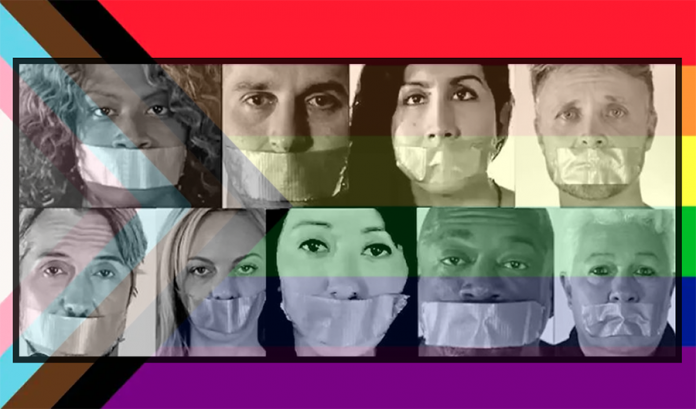 Registration is requested at:https://zoom.us/webinar/register/WN_qvo-hvPyQuOlXkJ5iTpUWg. A link to the livestream URL will be sent to people who register.

The Disarm Hate documentary takes place five years ago, when the news of the Pulse nightclub mass shooting in Orlando, Florida shocked and devastated the LGBTQ community. Jason Hayes, a hairdresser and activist from New Jersey, decided he needed to do something. Without experience, money or celebrity backing, he began organizing a national rally for gun violence prevention and LGBTQ civil rights to be held in Washington D.C. just two months after the Pulse shooting. He called the rally DISARM HATE. Meanwhile, on the other side of the country, nine strangers from Los Angeles made it their life’s mission to get to the rally to support Jason. Along the way, they stopped at sites where other LGBTQ people had been murdered with firearms in order to have a discussion about two of America’s most polarizing issues: hate and guns. The Disarm Hatedocumentary follows the story of those nine LGBTQ individuals who supported Jason as he built a national rally to demand LGBTQ equality, fight the NRA, and challenge America’s obsession with gun violence.

Attendees are encouraged to stream and view the film prior to the panel discussion. A list of streaming services currently providing Disarm Hate is available at: https://linktr.ee/Disarmhate.

“June 12th will be five years since the tragic mass shooting and murder of 49 people at Pulse nightclub in Orlando,” said City of West Hollywood Councilmember Sepi Shyne. “Most of the victims were members of the LGBTQ+ and BIPOC community. Disarm Hate is an important documentary, which shines the light on issues and obstacles that we still need to overcome in our own LGBTQ+ community as well the need to disarm hate from outside the community. I am thrilled that we will be having a panel discussion on this film and the topics surrounding it in West Hollywood as part of One City One Pride.”

“Disarm Hate is a critical movie that reminds us of those we lost in the Pulse nightclub massacre. We need to keep fighting for gun control laws and legislation to ensure that Pulse, or any other such tragedy, never happens again,” said Councilmember John M. Erickson. “This panel discussion comes on the heels of yet another senseless gun massacre. We all owe it to future generations to challenge and overcome America’s obsession with guns and we must commit to ending this violence.”

Each year the City of West Hollywood celebrates pride with its One City One Pride LGBTQ Arts Festival, which runs from Harvey Milk Day (May 22) through the end of June, which is recognized as Pride month. In order to prioritize health and well-being, One City One Pride is taking place virtually in 2021. For more information and a listing of all events, please visit www.weho.org/pride.