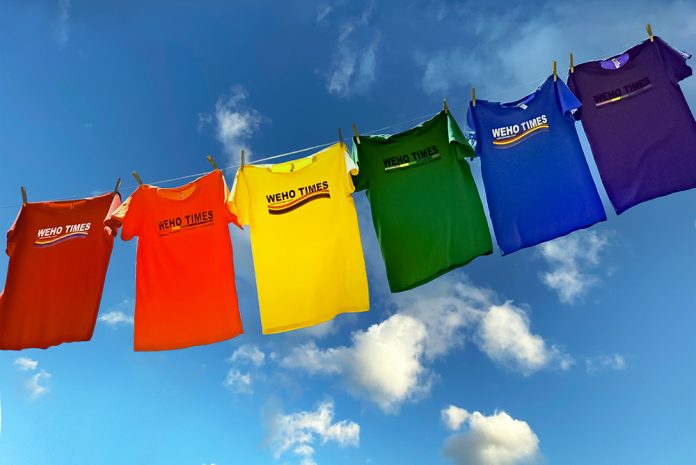 West Hollywood’s inaugural WeHo Pride parade 2022 is in exactly two weeks from today on June 5, 2022. I’m super excited to announce that WEHO TIMES will be participating in this year’s WeHo Pride celebration by marching and riding in the WeHo Pride parade scheduled to kick-off on Santa Monica and Crescent Heights Boulevards at exactly 12 p.m.

We registered last month, we pitched our idea, and our idea was accepted! That means we won’t just be covering the parade in West Hollywood from the sidelines, but we’ll also be giving you coverage of the people, the costumes, the pets and all that beautiful pride from the center of it all, in the actual freakin’ parade.

This is the first pride parade in West Hollywood under the WeHo Pride banner, brought to you by the City of West Hollywood (and produced by JJLA) for everyone who lives, works and/or plays in WeHo City. We recognize the significance of what the city is trying to pull here. This special community event is literally WeHo history in the making.

I should add that this is also WEHO TIMES’ first pride parade ever, so the pressure is on! We are so happy to be part of the West Hollywood community. We get to provide a service to the city and it’s surrounding areas with the latest news and happenings in WeHo. WeHo Times is about the life and times in the City of West Hollywood and that includes pride.

I didn’t make a big fuss over it, but WEHO TIMES reached a five-year milestone this past February 15, 2022 despite all odds, little to no budget, and some negative salt flung our way for the past half decade. I recently reached 4-years this past April as editor and publisher of this community news outlet, so what better way to celebrate these two milestones than in a giant WeHo Pride parade!?

Sending some mad love to everyone who has supported this publication for the past five years. Thank you to all our advertisers, our friends, our families and especially to our unique users who check up on us repeatedly on a daily basis (you know who you are).

I’d also like to send a personal thank you to everyone who agreed to show up and support WEHO TIMES by marching with us at the WeHo Pride parade 2022. We look forward to seeing your shining smiling faces in two weeks and spreading some HAPPY WEHO PRIDE!!!

More information and details about WeHo Pride Weekend, the Dyke March, and the Women’s Freedom Festival, and WeHo Pride Parade 2022 will be posted as it becomes available at www.weho.org/pride.

Very exciting! This is great news

I would love one of the WeHo Times t-shirts

Congrats on all of it! Hopefully you will be throwing candy to the crowd