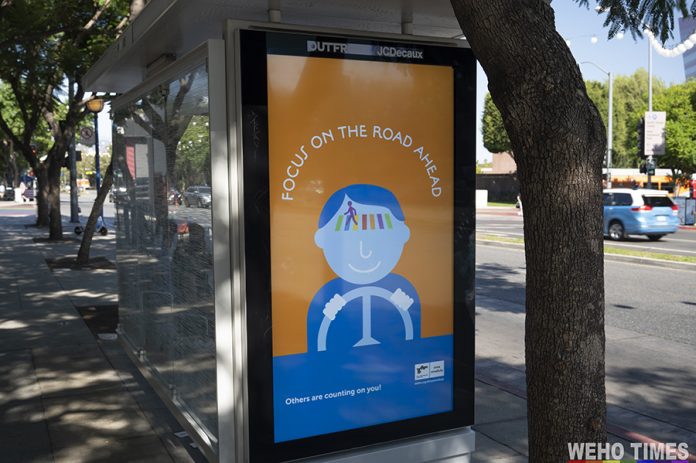 During September, the West Hollywood Station of the Los Angeles County Sheriff’s Department will conduct operations to encourage safety among drivers, bicyclists, and pedestrians. Deputies from the West Hollywood Sheriff’s Station will issue citations for handheld phone calls, texting while driving, throwing waste out of moving vehicles, driving without headlights, illegal turns, not stopping for pedestrians in the crosswalk, and jaywalking, among other infractions. A focus of publicizing these saturation operations in advance is to increase awareness of the dangers of driving, cycling, and walking while distracted and to encourage community members to embrace safe habits.

In addition, users of dockless mobility devices are reminded that only one person is allowed on a device at a time and e-scooters and e-bikes must be ridden on the road, never on the sidewalk – riding dockless mobility devices on the sidewalk is subject to citation. Users of e-scooters and e-bikes must have a valid driver license or instructional permit and must wear a helmet while riding. Users are advised to ride as far to the right side of traffic lane or in designated and marked bike lanes whenever possible and users must always ride in the direction of traffic. Dockless mobility devices should never be parked in a way that blocks pedestrian activity and access. Concerns about dockless mobility devices may be submitted to the City through its website or through the West Hollywood Official City App, which is available as a free download for iPhone users on the App Store and for Android users on Google Play. Feedback may be submitted by email, as well, at parkingconcerns@weho.org or by phone at (213) 247-7720.

National data from the nonprofit Governors Highway Safety Association (GHSA) projects that 2020 had the largest ever annual increase in the rate at which drivers struck and killed people on foot. GHSA projects there were 6,721 pedestrian deaths nationally in 2020 – a 4.8% increase from 2019. While pedestrian deaths have risen by 46 percent over the past decade, the number of all other traffic deaths has increased by only 5 percent. Statewide data from the California Office of Traffic Safety notes that the rate of pedestrian fatalities remained relatively consistent, decreasing only by 0.6 percent from 978 in 2018 to 972 in 2019. 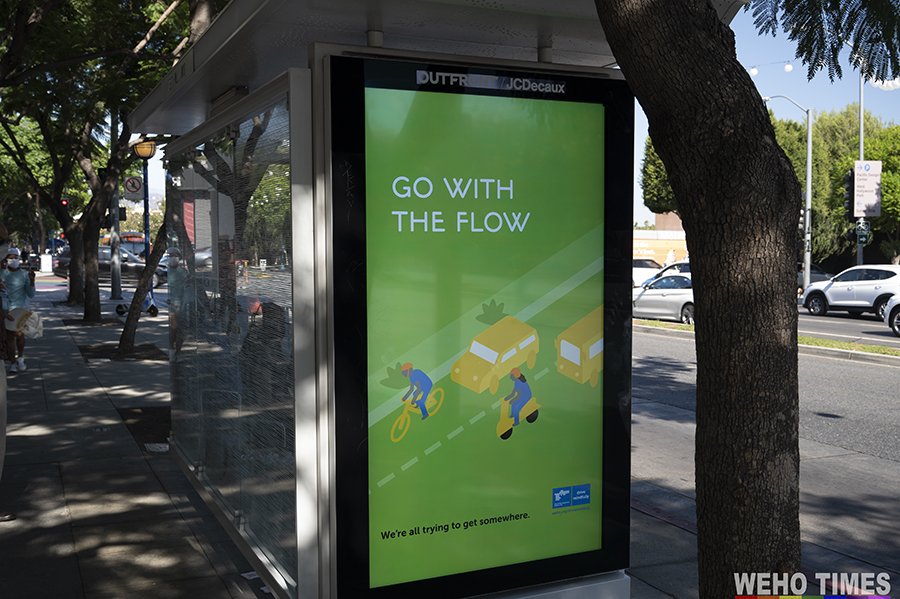 To raise awareness in the community about distracted driving and pedestrian safety, the City of West Hollywood the launched a public service campaign in 2019 called Drive Mindfully, which reminds community members to embrace a mindful approach to driving. The campaign’s essential message: “When we Drive Mindfully, we all do our part to help encourage safety in the community whether we’re driving, bicycling, or walking.” More information is available at www.weho.org/drivemindfully. Additionally, the City in 2014 produced Alice in WeHoLand, which is a humorous West Hollywood-themed parody of Taylor Swift’s hit song Shake It Off conceived by YouTube sensation Todrick Hall. The public service announcement has received nearly two-million views and is posted on YouTube at https://youtu.be/4OCPSYRfT6o.

Recognition of September as California Pedestrian Safety Month was declared in 2016 by Resolution in the California State Senate. The California Office of Traffic Safety aims to raise awareness for drivers and pedestrians alike to always be aware of each other and share the road responsibly.

To learn more about pedestrian safety, visit the Pedestrian and Bike Safety tips page in the Public Safety section of the City of West Hollywood’s website at www.weho.org/publicsafety.

The problem is with wealthy people and their status mobiles that they feel makes them above the law and, the Sheriff’s deputies who enable them through selective enforcement. Real crime is with the LASD Gangs that deputies belong to including full on white supremacist and the crimes they commit❓ Consider that the Sheriff has ALL the Legal authority to easily end the problem and, the practical means to replace problem deputies. 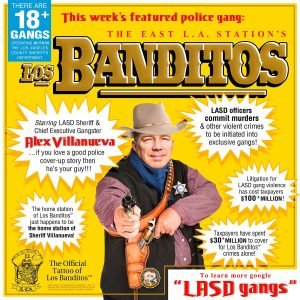