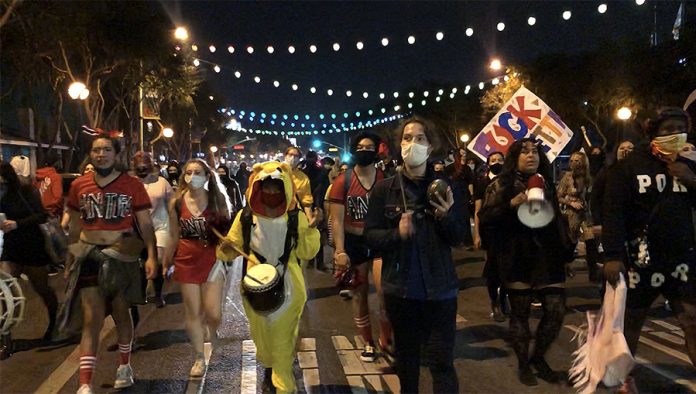 A Dance for Black Lives protest and dance party set to take place on the corner of Santa Monica Boulevard and San Vicente Boulevard on Halloween night, was immediately shut down by West Hollywood Sheriff’s deputies, shortly after demonstrators gathered at West Hollywood Park at around 7pm.

A sheriff deputy declared the protest an unlawful gathering and gave everyone ten minutes to disperse at 7:45pm. He warned organizers that they would use force that could result in injuries if they did not clear the area. The deputy announced that the protestors did not have a permit to gather and that the West Hollywood Halloween Carnaval had been cancelled to avoid large crowd gatherings during the coronavirus pandemic.

West Hollywood sheriffs deputies were out in full riot gear that night. They rolled out the yellow wire slinky to block the flow of people and traffic on San Vicente Boulevard. They stood guard protecting the West Hollywood Sheriff’s station–an all too familiar scene at Black Lives Matter related protests. 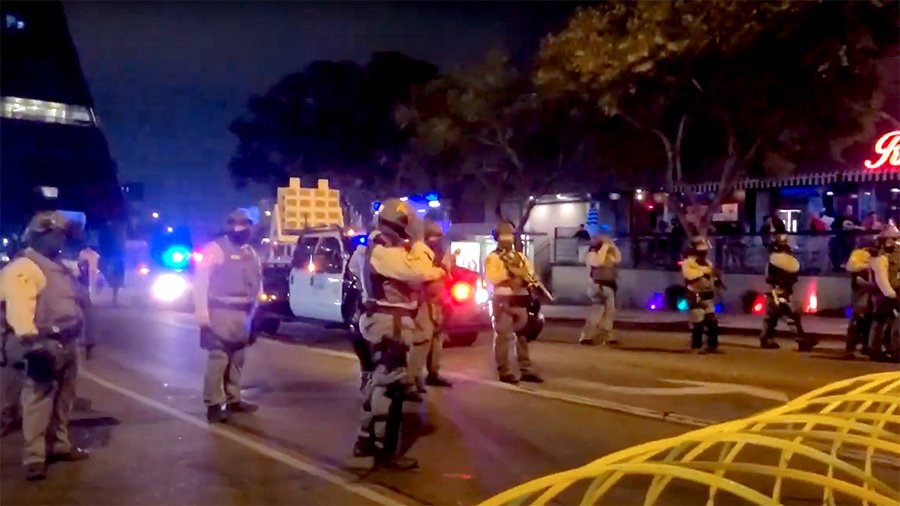 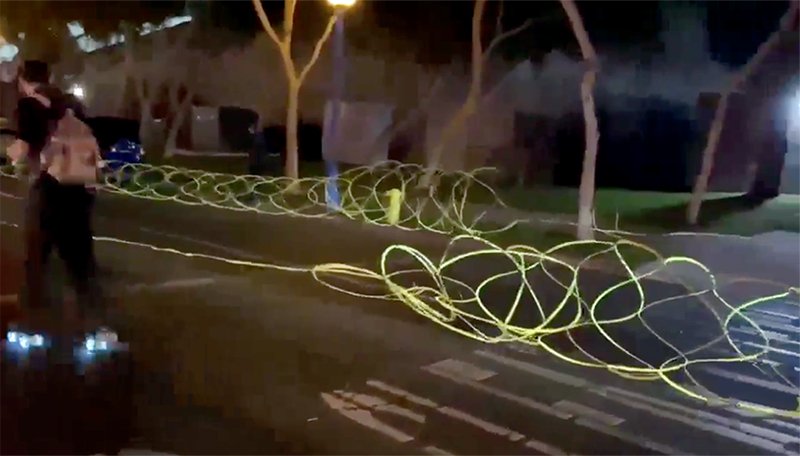 A small group of about 40 protestors eventually moved east on Santa Monica Boulevard. They were later spotted heading back to the Rainbow District through Melrose Avenue. Cutting into Melrose Place, they moved north onto La Cienega Boulevard, marched through the neighboring streets on Sherwood Drive, and up on Huntley Drive, before marching back to the Sheriff’s station. Helicopters hovered overhead.

The DJ scheduled to play for the Dance for Black Lives demonstration eventually settled in front of front Tom Tom’s restaurant and played some tunes from the the back of his pickup truck. People danced for a bit and then kept moving. Deputies did not intervene.

According to one of the organizers, the Dance for Black Lives event on September 19th obtained a permit to gather. The demonstration was relatively peaceful that night.

The Halloween Carnaval in West Hollywood was cancelled, but people still came out to WeHo’s Boystown/LGBT Rainbow District and seemed oblivious to the protesters screaming at deputies outside the Sheriff’s station. The turnout was microscopic in comparison to the Halloween Carnaval, which is known to attract close to 500,000 bodies. Some community members still dressed up and walked up and down the Boulevard. Restaurants like Rocco’s, Fiesta Cantina and Beaches, were to capacity as allowed by health inspectors. Security at the Abbey made sure there was social distancing while people stood in line.

At around 11pm, WeHo resembled a busy night similar to Saturday nights before the COVID-19 Pandemic shut everything down. 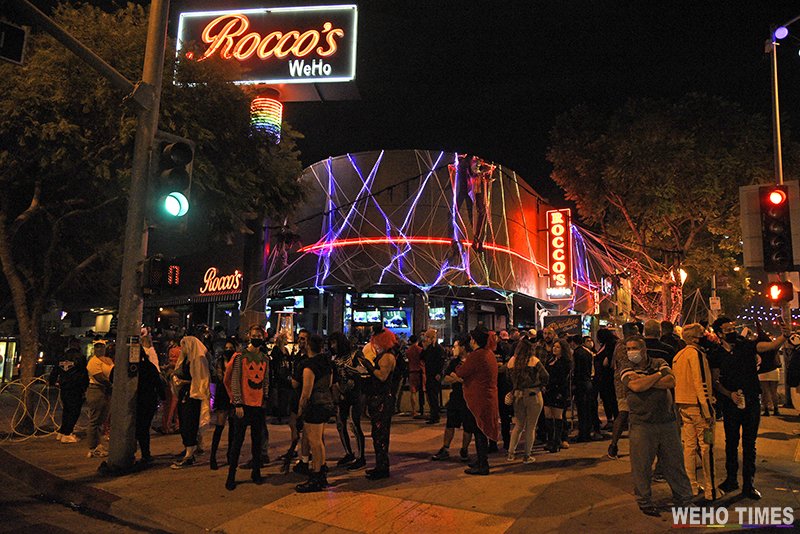 The sheriffs department needs to take a more drastic solution to contain and stop these thugs from destroying the city. The thugs are not even from Weho or its vicinity. The sherrifs dept should start using large flood lights, soap and batons.