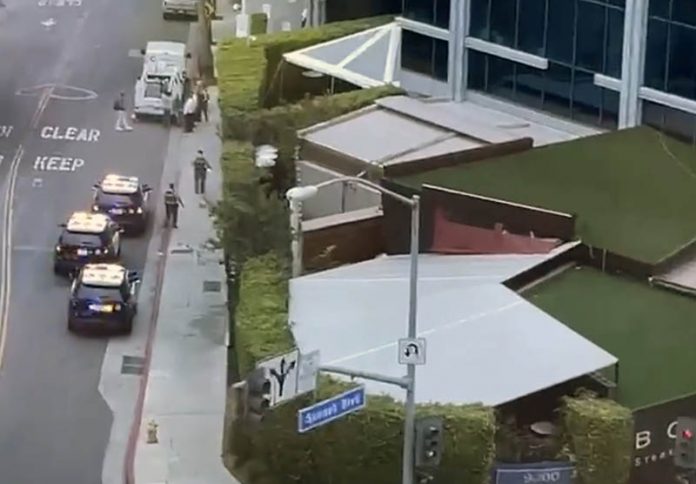 The West Hollywood Sheriff’s Station is actively investigating and containing an assault with a deadly weapon suspect at the 9200 Block of Sunset.

This morning, at approximately 8:18am, West Hollywood Station received a call of a possible assault with a deadly weapon incident.

West Hollywood Station has an active investigation and a containment in the area of the 9200 Block of Sunset Blvd.

What WeHo Sheriff’s are reporting so far:

The male suspect pointed a handgun at the victim

f you see something, say something. Anyone with information leading to information on the pedestrian hit and run can do so at https://www.lacrimestoppers.org.

oh, look! There’s crime in West Hollywood! You wouldn’t know it by the narrative our council keeps regurgitating.