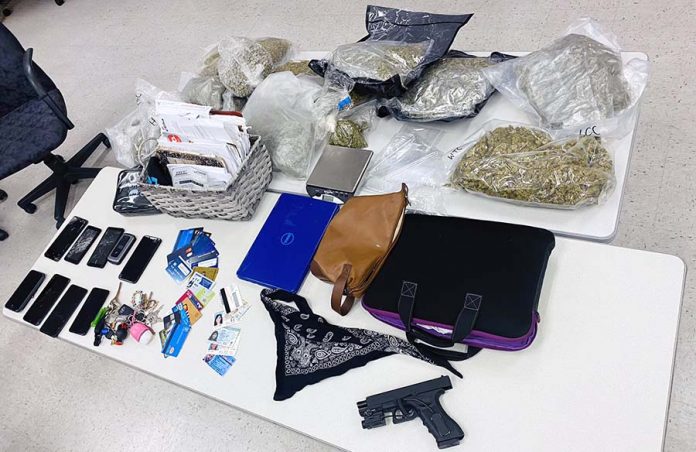 A West Hollywood Sheriff’s Station Weekend Arrest Update reveals that a traffic stop for broken headlights netted one arrest and a car full of stolen items.

“On Sunday night, 10/24/21 at around 9PM, West Hollywood Sheriff’s Station Deputies conducted a traffic stop of a vehicle, to warn/cite the driver for not having their headlights on,” reads a post on LASD WeHo’s social media platforms. “The driver who was the sole occupant of the vehicle was also driving without a license. The driver, a male Hispanic adult was on probation for robbery. Deputies arrested him and inside the car they discovered over 40 credit cards and IDs belonging to multiple people, an abundance of opened mail with various banks checks, a Glock replica, 9 cell phones, numerous car keys and fobs for varying car models, several mail keys, a laptop and a substantial amount of marijuana (with baggies and a scale).”

LASD WeHo reports that the suspect was booked for multiple warrants and new charges since he was not able to provide information for ownership of the countless belongings, including the car he was driving. “West Hollywood Sheriff’s Station Patrol Deputies are Keeping Communities Safe with Proactive Policing #ProactivePolicing #WeHoSheriffs
#WeekendArrest.”

As part of the West Hollywood Station’s Weekend Arrest report, video footage shows a table full of stolen items and a table full of marijuana. As till photo show a bag stuffed with various credit cards, gift cards and IDs, the majority appearing to be female at a quick glance. 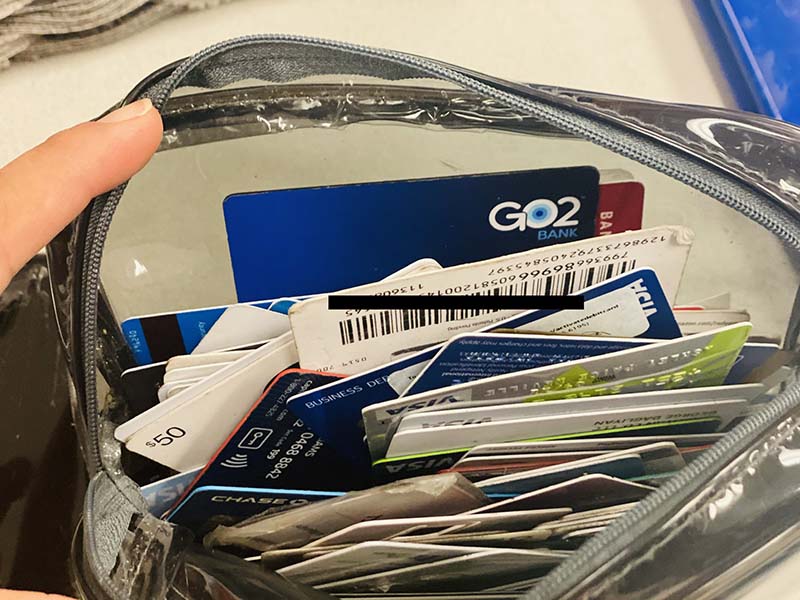 According to a Facebook post on October 22, the West Hollywood Sheriff’s Station page warns that thieves often snatch cellphones and wallets from purses or back pockets. “When you’re out in #WeHo enjoying the many restaurants and clubs this weekend, please be mindful of your valuables,” reads the post.

A post on October 21, reads that situational awareness is important when it comes to preventing the theft of your cell phone. Many cell phone thieves look for people who are not paying attention to their surroundings.

More tips can be found on the West Hollywood Sheriff’s Station official twitter page under the handle @WHDLASD and on Facebook by clicking here.

There’s no saving this creature. The death penalty is too good for him. Total scum