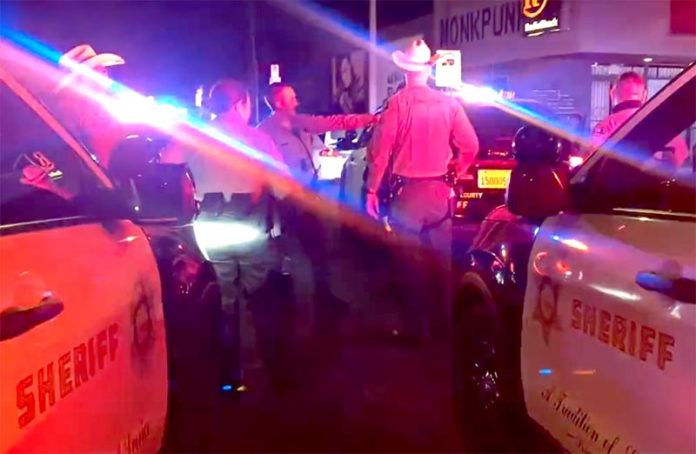 The West Hollywood Sheriff’s official social media accounts report that a man was arrested after a stop revealed he was in a stolen vehicle this past weekend. The stop occurred on the corner of Fairfax Avenue and Waring Avenue at the WeHo boundary early Sunday morning.

“In the month of October #WeHo station took 16 reports for grand theft auto,” reads the social media post. “Last night, patrol deputies working graveyard shift stopped a stolen vehicle and arrested one male adult driver. The also had several warrants. Keeping our #community safe 24/7 this is how we roll!”

(Tips are not received directly by the West Hollywood Station. Do not use this for emergency situations.)

Tipsters now have the option of texting us tips through their cell phone. The process is completely secure and anonymous and is a very effective and efficient means of safely communicating with us in today’s world.

2 – Upon reception of a tipster’s first incoming message, the system will auto-reply with a confirmation containing their unique Tip ID.

3 – To submit follow-up information, the tipster simply replies. Nothing else is needed.

4 – All follow-up tips and even your replies from the application are written under the original parent record and shown threaded and date/time stamped in the narrative. The session may be terminated by the tipster texting STOP into the system at any time or by you manually selecting the “Terminate Thread” button from within the application.