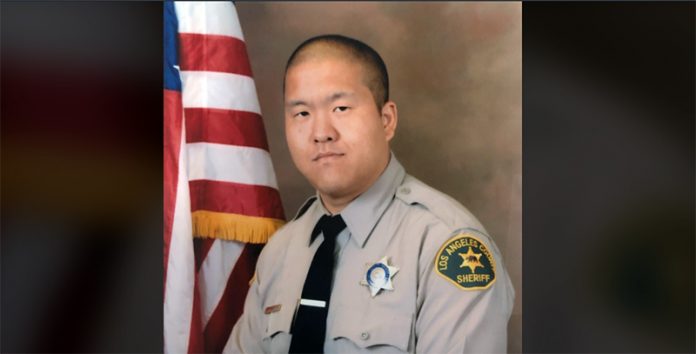 Detectives are investigating the death of off-duty Los Angeles County sheriff’s deputy, Soo H. Kim, who was found dead at his home in Santa Clarita. Kim was assigned to the West Hollywood Station, according to the sheriff’s department.

“#LASD is deeply saddened to announce the death of Deputy Soo H. Kim. Soo is survived by his wife and their twin girls.” reads a statement posted on Los Angeles Sheriff’s Department’s social media outlets. “Soo graduated from the Los Angeles County Sheriff’s Academy in 2012.

Throughout his assignments, Deputy Kim was well liked and respected by many. He was known for his professionalism, warmhearted personality, and easy-going attitude.
He always took pride in being a deputy sheriff, no matter what situation he was involved in without hesitation.

As we mourn Deputy Soo H. Kim’s tremendous loss, this is a difficult time for our Department.

Our hearts go out to the family, friends, and loved ones of Deputy Kim.
Los Angeles County Department of Medical Examiner-Coroner will determine the cause for his passing.”

As of the posting of this article, there are over six hundred posts expressing condolences for the loss of Deputy Kim and his family on the West Hollywood Sheriff Station’s Facebook page and over four hundred shares spreading the news of his passing.