The City of West Hollywood commented on an alleged anti-Semitic incident that happened last night just steps away from its city limits. In a series of four tweets posted this evening, the City acknowledged the incident and stated that it rejected divisiveness, racism, anti-Semitism, & hate in all its forms. “We will not be deterred in our stand against hatred and intolerance and we will continue our work to ensure safety throughout West Hollywood, including places of worship and religious organizations,” reads one of the tweets on its official @wehocity handle.

The statement is in regards to an incident last night at Sushi Fumi restaurant, located in the 300 block of North La Cienega Boulevard. A fight broke out in front of the restaurant around 10 p.m. last night, Tuesday, May 18, 2021, in what police are investigating as a possible hate crime after diners allege they were attacked by pro-Palestinian demonstrators and singled out for being jewish. 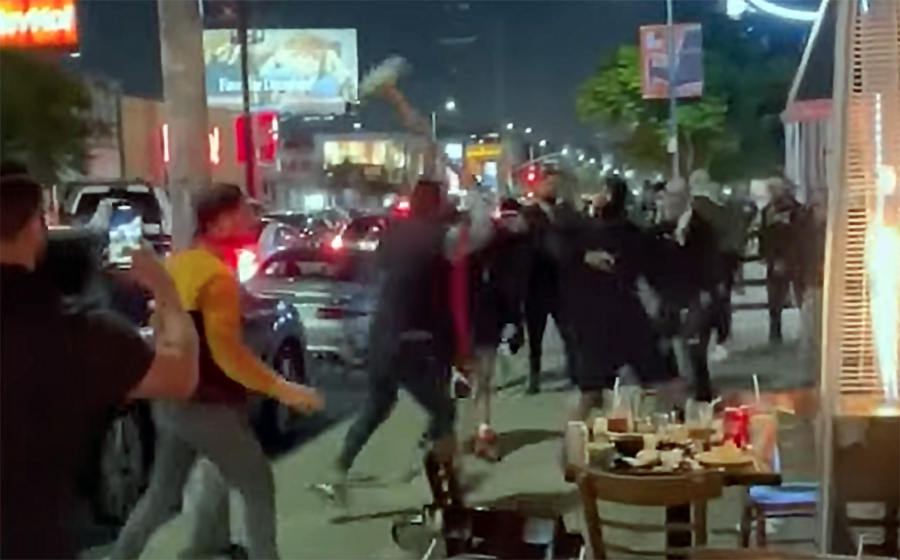 According to news reports and videos posted on social media, a group of men yelling pro-Palestinian chants and waving Palestinian flags from their cars targeted the Jewish individuals at the sushi restaurant. They yelled anti-Semitic slurs at the diners. One of the diners yelled back at the group of men and a violent fight broke out.

Video from the incident shows the group approach the diners as a man sitting at one of the tables picks up a rope pole to ward off the individuals. That man was then seen dragged toward a nearby car, pinned by the group, and punched.

The suspects were described as white men wearing all black. They fled south on La Cienega Boulevard in a vehicle described as a black Jeep.

“The City of West Hollywood has heard from community members about concerns regarding an allegedly anti-Semitic hate incident last night,” reads for first of four tweets. “The incident took place in the City of Los Angeles, just outside of the City of West Hollywood’s boundaries. One of the City of West Hollywood’s fundamental core values is respect and support for all people (2/4). Since its founding @WeHoCity has provided support & leadership on many progressive & humane policies & has championed values that promote & celebrate diversity, embrace people & cultures from everywhere, & reject divisiveness, racism, anti-Semitism, & hate in all its forms (3/4). We will not be deterred in our stand against hatred and intolerance and we will continue our work to ensure safety throughout West Hollywood, including places of worship and religious organizations (4/4).” 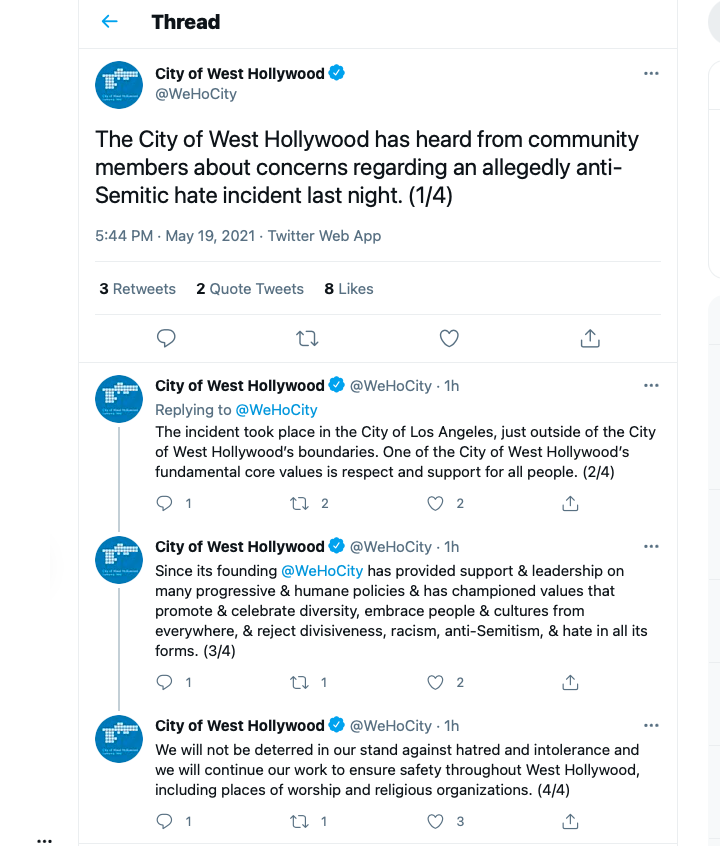 The Sushi Fumi did not sustain any damage. CBSLA reports that according to police there were no major injuries reported, and there were no immediate arrests.