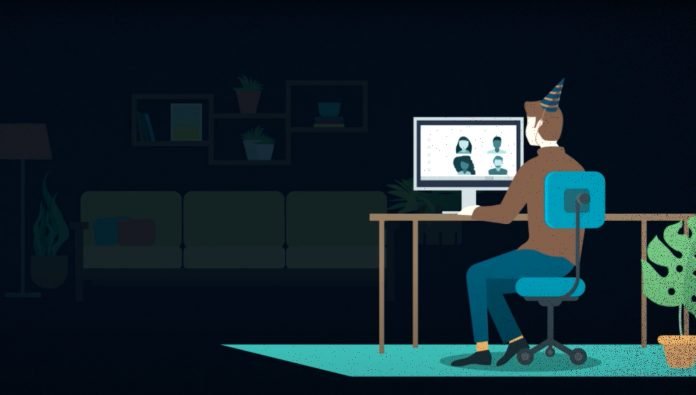 The City of West Hollywood released “After the Music”–a poetry-filled short animated video for the holiday season in place of the city’s annual holiday card during the coronavirus pandemic. The video combines a poem by West Hollywood City Poet Laureate Brian Sonia-Wallace and features artwork by artist Steven Rahbany and Zoo Crew Productions.

West Hollywood City Poet Laureate Brian Sonia-Wallace created the poem to address the feelings of hope, connecting, and coping with isolation and change during this holiday season, which looks and feels so different due to the coronavirus pandemic. The poem explores the ways in which we have adapted to the need for social distancing to prevent the spread of COVID-19 and ensure the safety of our community and loved ones. It explores the ways in which we find joy in appreciating what we have and connection over video calls and socially distant interactions.

Sonia-Wallace has been writing poems for strangers and neighbors on the streets of West Hollywood and at City of West Hollywood events since the 2014 iteration of the City’s WeHo Reads literary series. A social practice poet straddling the lines between literature and community engagement, his 2020 debut from Harper Collins, The Poetry of Strangers: What I Learned Traveling America With a Typewriter, was lauded as “full of optimism and wide-eyed wonder” by The New York Times. In 2019, Sonia-Wallace received a grant from the City of West Hollywood’s One City One Pride LGBTQ Arts Festival to create Pride Poets, a project that brought poets on typewriters to the streets of West Hollywood to create more than 700 original works based on one-on-one interactions, and in 2020 brought together more than 100 LGBTQ+ poets for virtual shows during the COVID-19 quarantine. The motto of his company, RENT Poet (as featured on NPR’s How I Built This), is “everyone needs a poem.”

Steven Rahbany is an American artist who lives and works in West Hollywood. His work explores queer identity and social issues through photography, textures, and illustration. His work has been exhibited in group and solo shows around the country, at venues such as the Houston Contemporary Art Museum, the Los Angeles Center for Photography, Agora Art Gallery in New York, and the California African-American Museum.