LEGO enthusiast Bruce Heller remembers seeking others like himself at his first LA Pride in West Hollywood, in 1991. Later in his adult years, he would again seek and he would find like-minded folks through his Gay Fans of LEGO (GayFOL) group.

My first Pride was in the Summer of 1991 in the City of West Hollywood. I was terrified of being seen, and ecstatic of the sights around me. My friends were few, and I kept them close. I was 17. The age when every boyfriend was The One, and every friend was eternal. Pride was more than what we did once a year. Pride was “freedom rings”, and pink triangles, and dancing to Erasure and Deee-Lite. Pride was rushing the dance floor, singing loud, when Madonna’s “Holiday” came on. Pride was about my circle of friends. We did everything together. Pride was about us. Pride was the reason we danced.

Over the years, friends changed, moved, left, and Pride seemed less important. We had our jobs, our rights, and our boyfriends. We got drunk, high, and stupid. Pride was a thing to do, not something to feel. Then we worked Pride. We were vendors, planners, and businesses strategizing roll-outs and campaigns for our brands. We became cynical and forgot that what we judged as too commercial was terrifying and ecstatic to some 17 year old whose world was about to explode.

Then we stopped going to Pride altogether. We lost our reason to dance.

Fast forward to 2015. As an adult, I rediscovered a hobby I had as a child: LEGO. I found a fan community of adults called “AFOLs” (Adult Fans Of LEGO), and in that group I sought others of my kind. I figured there must be LGBT AFOLs somewhere. Determined to find them, I started a Facebook group called “GayFOLs”. It was just meant to be small gathering of friends who shared their love of a hobby. It ended up being so much more.

A few hundred members later, my cute little fan group had become something wholly unanticipated. At conventions people found us and told us how much it meant to them that we existed. Young AFOLs, still living at home and beaten by parents who didn’t accept them, showed up to our meetings, trembling, choking back tears, telling us how relieved they were to know they weren’t alone. Our membership expanded our LGBT acronym to include “Q+” and eventually “QIA”. We were no longer just a small gathering of friends. We were a diverse community. Today we number more than 1200 members. We have a sizable trans membership, as well as members of every letter of the acronym and beyond. We got the attention of convention organizers, publications, and even LEGO, being invited to sit at the table to discuss diversity and inclusion. We are known in the AFOL community, have members in 41 countries, and were recently mentioned on nytimes.com. 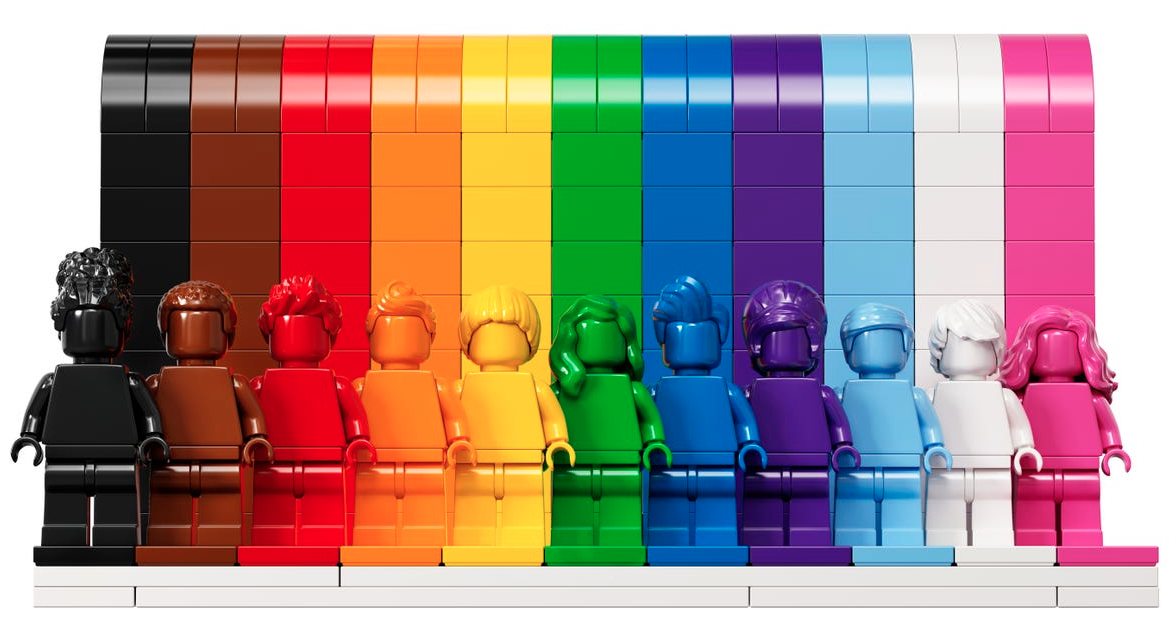 This year we celebrate as LEGO released an LGBTQ+ set for Pride 2021 called “Everyone Is Awesome”. Some in the community see this as a cynical move by LEGO. They forget that the designer is gay. They forget that many LGBTQs in the company fought to make this set possible. They forget that a 17 year old — or even a 47 year old — somewhere is in ecstasy at knowing they are seen. They forget that someone, desperate and alone, will see themselves represented in this symbol of Pride, and feel the strength to persevere and live another day. Pride matters that much.

It matters to me again, as much as it did when I was 17. Creating GayFOLs, watching it grow into something bigger than anything I could have imagined, seeing a community of AFOLs embrace us, and witnessing LGBTQIA’s stand up for each other against hate has rekindled in me a feeling beyond the Pride I felt in my youth.

This pride is vital. It is life affirming and life sustaining. It vanquishes cynicism. Pride starts small, but it expands. It starts inside, finds friends, hits the dance floor, and doesn’t stop there. It starts with one letter of an acronym and covers them all. It is an open hand, reaching with generous acceptance to anyone seeking its protection. It seeks out and includes those lost in dark corners, and offers safe haven for those who are frightened.

Pride is our reason to dance.

HAPPY PRIDE MONTH!!! This is here is a call to all of our colorful readers who celebrate LGBTQ+ Pride. Share your Pride stories with us. Bring is your happy, your love, your family, your friends, your shirtless, your drunk, your outfits, your best, and your worst; bring us your first pride event, your parade, your festival, your activism, your meaning, your evolution, your visibility, your dignity, or whatever you want to share about pride. We want to hear your stories. We want to document your history. Please allow us to share your pride.

Oh he is one of those people who brings a dog with him everywhere like he is clinging to a teddy bear while pushing away humans who might want to date him. Hmm.