“Our Pride is strong and we just can’t celebrate at home now that the city has reopened,” read the Facebook event invite. “We can’t let 2021 go by without a Pride event in the streets of LA while the rest of the nation marches on. So, let’s all join together for a Pride Walk along Santa Monica Boulevard from N. Crescent Heights Blvd to Robertson. Bring friends, make signs, wave flags. Hug the people you love, share time with the people you haven’t seen in a whole year since Covid disrupted our lives. Reconnect WeHo.” 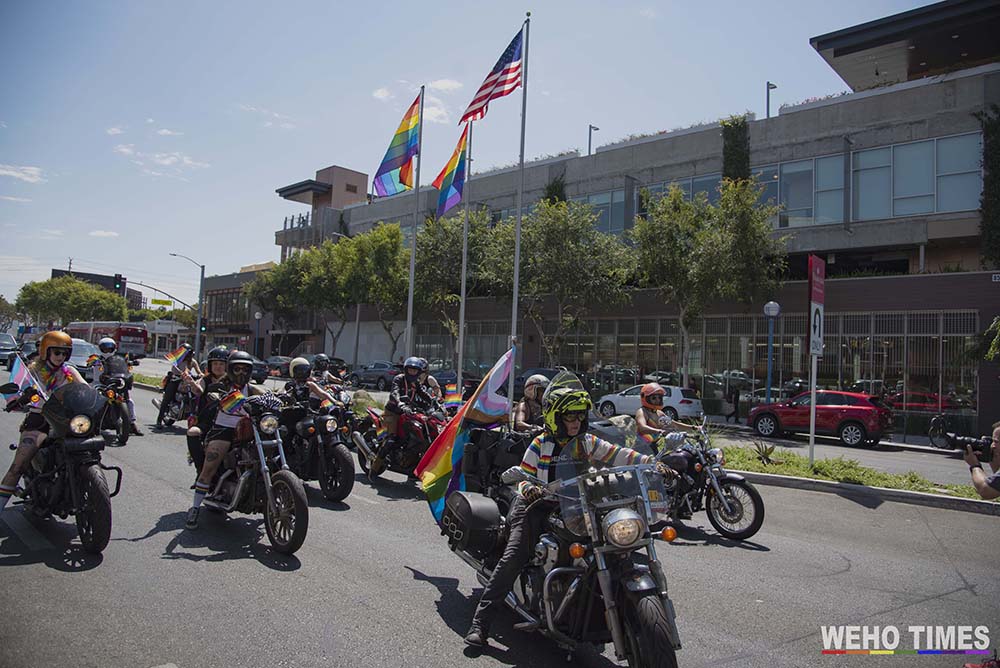 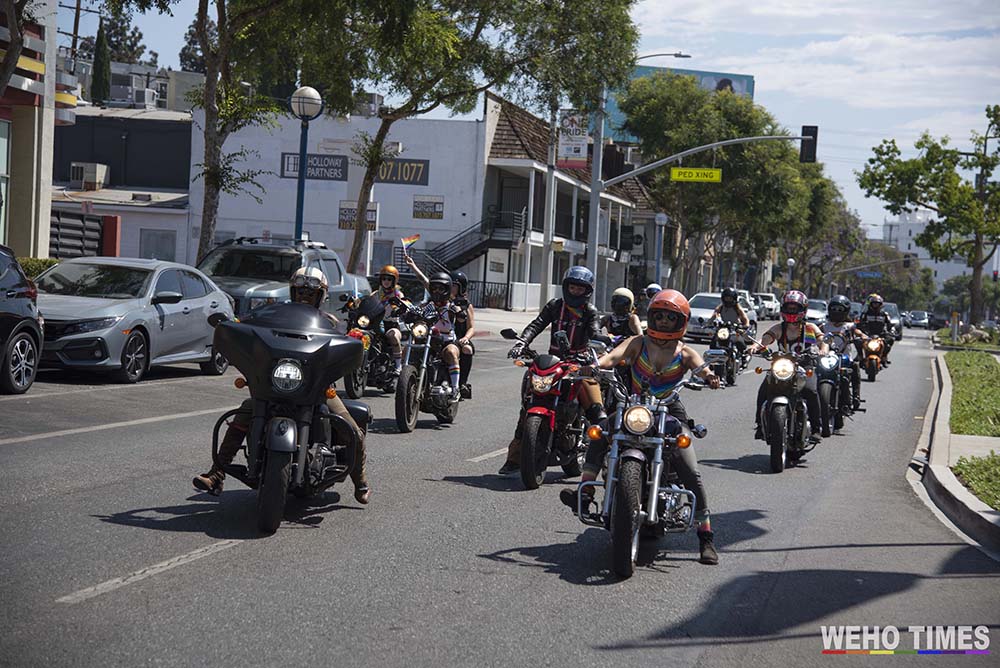 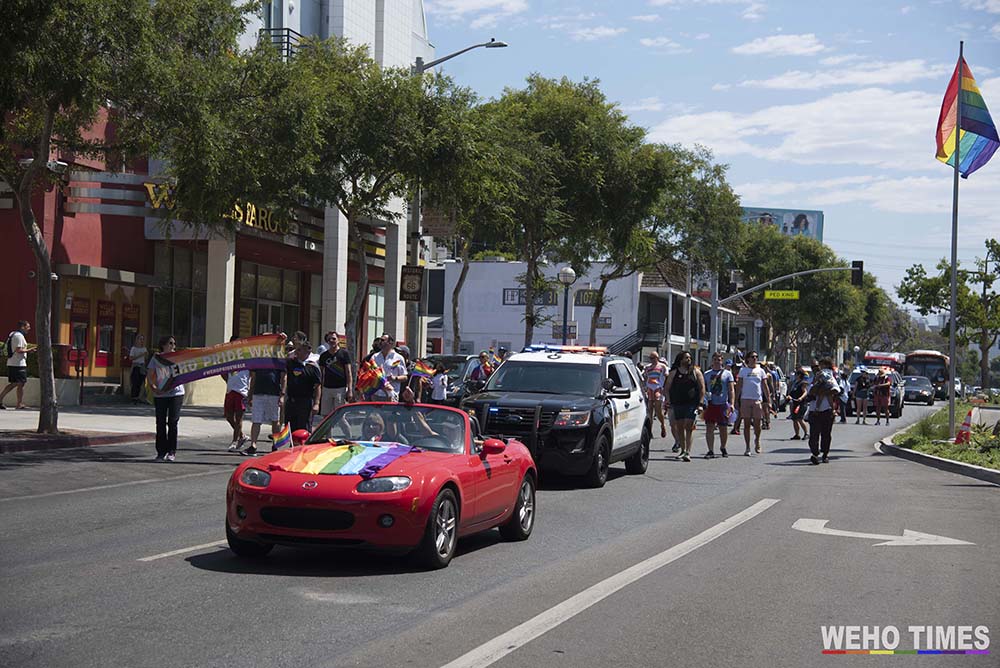 A rough number of about 75 people gathered at the Sal Guarriello Park at the Santa Monica Boulevard and North Crescent Boulevard at 10 a.m. Masters was presented with a West Hollywood proclamation by WeHo Council member Sepi Shyne, who later joined the marchers.

The march was lead by Marna Deitch, the founder of Southern California Motorcycle Contingent for Equality. She kicked off the march with 16 other lesbian bikers down Santa Monica Boulevard.

Although the WeHo Pride March was unofficial, West Hollywood sheriff deputies escorted the marchers to make sure everyone stayed safe through moving traffic. The Blade reports that LASD presence was not requested, but deputies showed up anyway and Lieutenant William Moulder allowed the unsanctioned march to proceed with a sheriff vehicle escorting the bikes and the marchers as they slowly navigated their way through the boulevard. 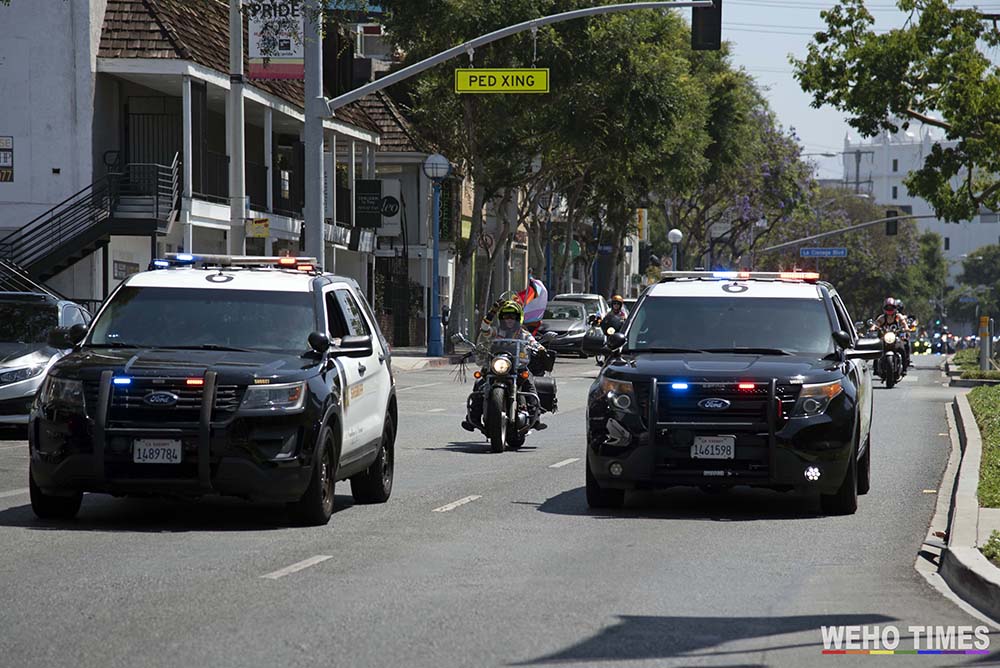 At one point the bikers stopped to wait for the marchers to catch up. Deitch pointed out to the crowd that they were standing in front of what was once the last standing lesbian bar in West Hollywood, The Palms Bar, which closed in June of 2013. A Sprouts Farmers Market now stands in its place. 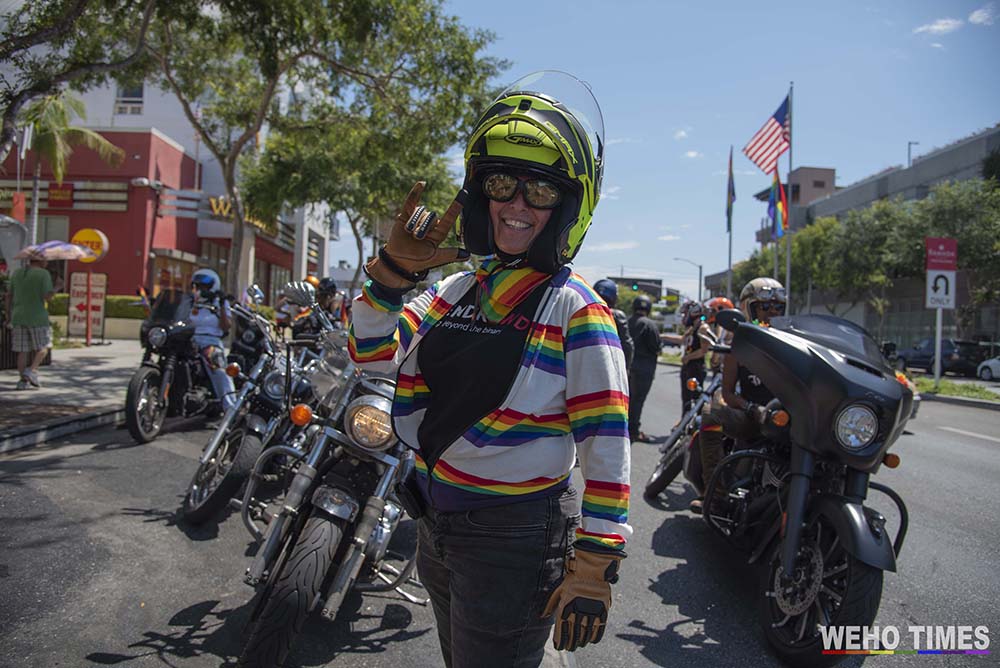 “Troy Masters reached out to me and, since we couldn’t do it last year because of COVID, I was not going to let our pride go by two years in a row,” Deitch told WEHO TIMES. “We might be renegades, but that’s what our history is based on. I feel elated. I think the turn out is wonderful for post-COVID. And next year? Wait and see. They are going to hear us in Washington.” 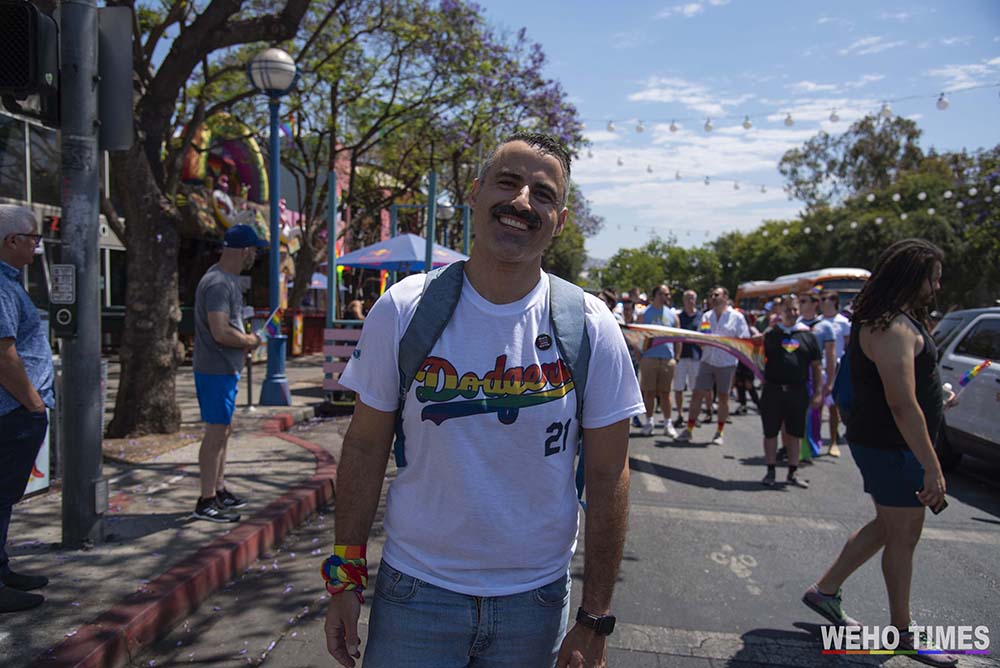 The first WeHo Pride March ended at the OUT on Robertson street closure where everyone took a group photo in front of The Abbey Food & Bar. 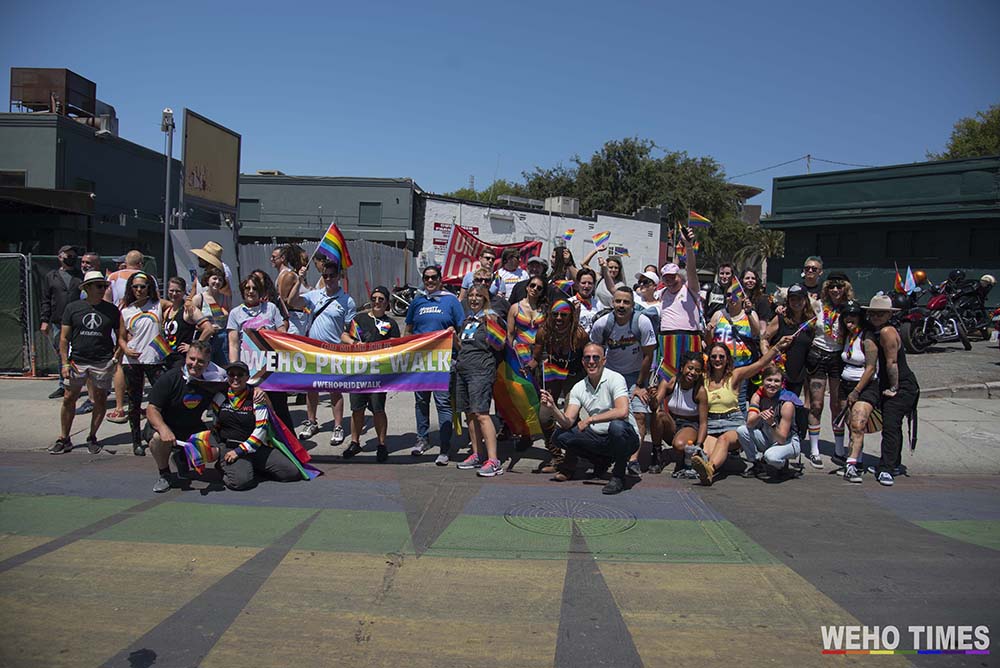