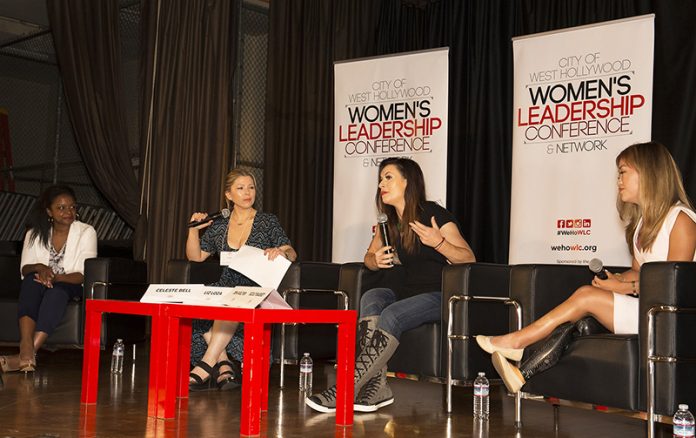 The City of West Hollywood is hosting the 13th Annual Women’s Leadership Conference,  featuring a full day of networking, leadership workshops, advocacy training, and more. The event will take place on Saturday, May 11, 2019 from 10 a.m. to 4 p.m. at the West Hollywood Park Auditorium and West Hollywood Library, located at 625 N. San Vicente Boulevard. The conference brings hundreds of people together for a day of advocacy, connection, and unity.

The Women’s Leadership Conference will begin at the West Hollywood Park Auditorium at 10 a.m. with registration (which opens at 9:30 a.m.) and continental breakfast, followed by three leadership sessions held throughout the day. Attendees will choose among five different topics with workshops and panels held in the Auditorium and directly next door at the West Hollywood Library Community Meeting Room or City Council Chambers.

Leadership sessions include: Women in Film & Media — Expanding Narratives & Creating Change; Balancing Activism and Civic Engagement with Careers; Economic Empowerment; Leveraging Social Media for Success; and How to get Appointed to a Board or Commission.

Advance registration tickets for the Women’s Leadership Conference are available at the regular rate of $25. A discounted rate for seniors and full-time students is available for $15. Tickets at the door are $35. Ticket prices include a continental breakfast, lunch, and the full day of conference activities. Limited parking will available in the adjacent five-story structure, accessible from 625 N. San Vicente Boulevard. Additional parking will be available across the street in the Pacific Design Center lot.