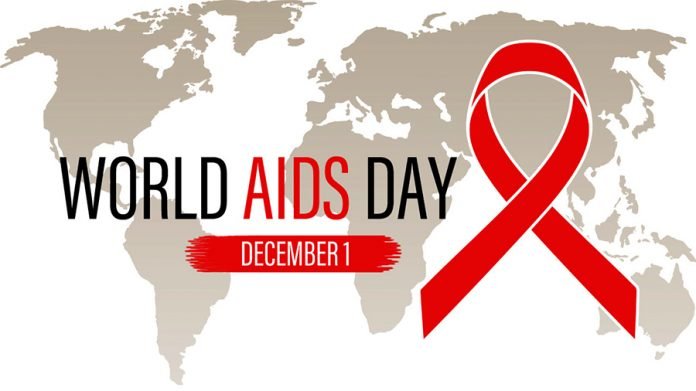 The city of West Hollywood is marking the 30th Anniversary of World AIDS Day with multiple events.

Beginning this week, two panels of the AIDS Memorial Quilt will be displayed at APLA Health Gleicher/Chen Health Center (3743 S. La Brea Avenue, Los Angeles) and subsequently at its West Hollywood office (1151 N. La Brea Avenue, West Hollywood);
AIDSWatch, the electronic memorial to those lost to HIV, will be viewable on WeHoTV and projected on the exterior wall of the West Hollywood Library from November 30 through December 2.

Also on November 30, the annual Candlelight Vigil, hosted by the Alliance for Housing and Healing, will take place starting at 6 p.m. at the northwest corner of Crescent Heights and Santa Monica Boulevards and ending at the West Hollywood City Council Chambers on N. San Vicente Boulevard. Following the Candlelight Vigil, the annual Paul Andrew Starke Warrior Awards presentation and reception will take place at 7 p.m. in the City of West Hollywood’s Council Chambers/Public Meeting Room at West Hollywood Library, located at 625 N. San Vicente Boulevard.

Also on site of the Warrior Awards, the City’s Community Study Consultant, Raimi + Associates, will be conducting a Community Study Pop-Up Workshop in the Council Chambers’ lobby before and after the World AIDS Day program in order to receive input from attendees on priorities for Social Services funding, which includes HIV/AIDS programs.

World AIDS Day originated at the 1988 United Nations World Summit of Ministers of Health on Programmes for AIDS Prevention and is held each year on December 1. Every year, United Nations agencies, governments, nonprofit organizations, and civil society join together to campaign around specific themes related to AIDS. The day is an opportunity for people worldwide to unite in the fight against HIV/AIDS, to show support for people living with HIV, and to commemorate people who have passed away due to HIV/AIDS. The international theme of this year’s World AIDS Day is #KnowYourStatus.

“It has been 37 years since Dr. Michael Gottlieb discovered HIV here in Los Angeles,” said City of West Hollywood Mayor John J. Duran. “The heroic response to the epidemic shaped not only the LGBT community but also the City of West Hollywood. We gather every World AIDS Day to not only grieve over our lost loved ones but to also honor the warriors still in the battle. We will see the end of the epidemic in our lifetimes.”

The onset of the HIV/AIDS epidemic had a significant impact in West Hollywood. The disease’s elevated infection rate among gay men caused a devastatingly high number of deaths in the City. The City of West Hollywood was one of the first government entities to provide social services grants to local HIV/AIDS organizations. The City of West Hollywood sponsored one of the first AIDS awareness campaigns in the country in October 1985 and the City’s response to the AIDS crisis has been recognized as a model for other cities, nationally and globally. The City actively participates in the development of programs that can bring awareness about the HIV/AIDS epidemic and services to people living with HIV/AIDS and the City has announced its vision to become an ‘HIV Zero’ city. The City is currently implementing its HIV Zero Initiative Strategic Plan. Support for World AIDS Day programming is consistent with the City’s core values and consistent with ongoing City programs meant to commemorate the lives of those who were lost, such as the AIDS Memorial Walk, and the AIDS Monument currently in development.