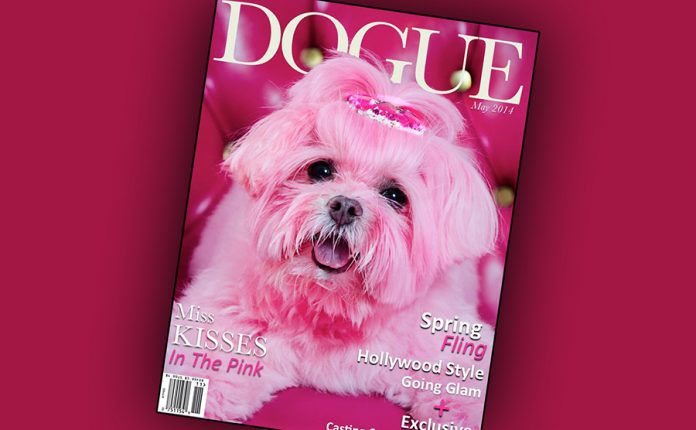 “Rest in pink puppy paradise my sweet baby girl 🎀😭 [sic],” Sera posted all over her social media. “You were the most loved pup in the entire world. My heart is breaking beyond belief at the loss of you. I had 14 blessed years with you @misskissesxoxo and I thank you for making my life so so much better! I was always greeted with such happiness and twirls and most of all KISSES! Yes, you were so easy to name. The cutest and sweetest most loving pup I have ever known. We were so much alike i often used the term ‘like mother like dogger’ on camera ..such a lil star! I have so many memories of us to cherish from being on the set of so many tv shows . I have a tattoo and a book all about you & you will live in my heart furrrever. I’m sorry I couldn’t do more but your lil heart just gave out 💗 I can’t stop crying……. 💗🎀🐾🐾. I love you, Mommy”

According to Sera, Miss Kisses kept her fur a pink hue with beet juice. Miss Kisses has been in numerous TV shows, music videos, met several famous people and she even has her one children’s book “Miss Kisses – The Pup Who Turned Pink” written by Kitten Kay Sera. She also graced the May, 2014 cover of Dougue–a K-9 parody to the iconic fashion magazine. 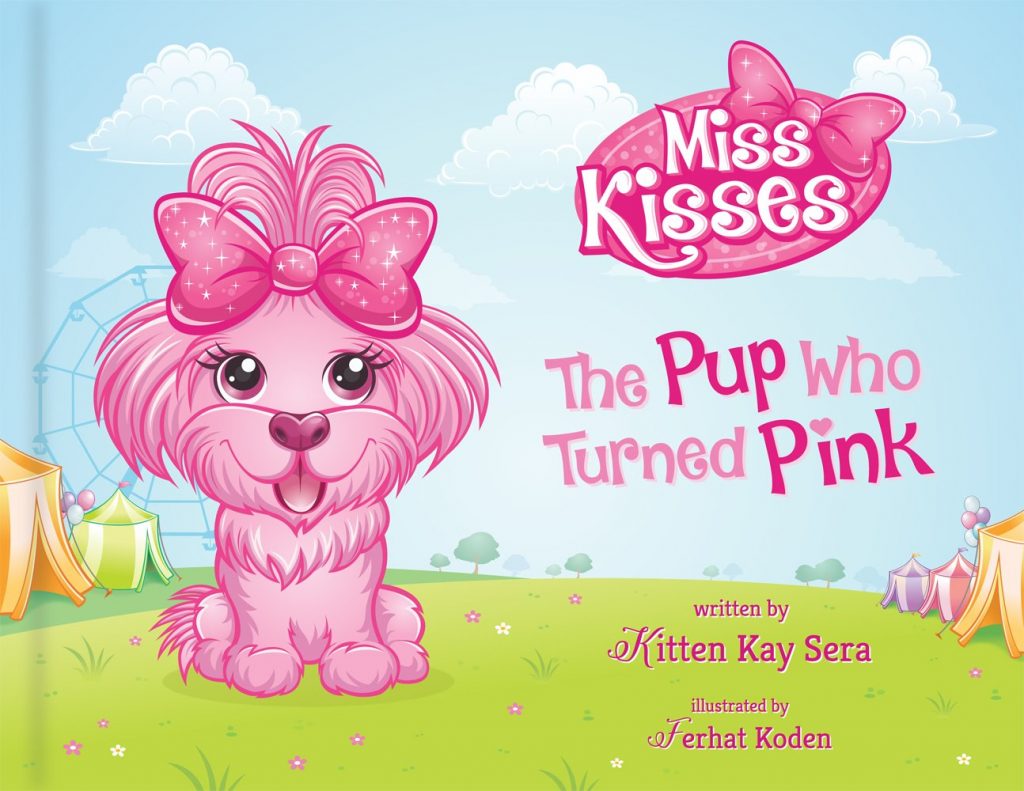 However, it’s her strolls down Santa Monica Boulevard in the heart of West Hollywood that brought Wehoians the most joy. She was a sight in pink fluff while she greeted everyone with a kiss–true to her name.

The loss is felt by many who encountered her.

“…we said goodbye to Kitten’s little girl after 14 wonderful years this morning,” Kelly Kidd, the frontman for the band tarzanaland, the pasadena playboys, and owner kidd’s Jewelry Heist. “Our hearts are broken but wow what a life. A movie & television star…you stole many hearts. God bless my sweet kisses. I loved you so.” 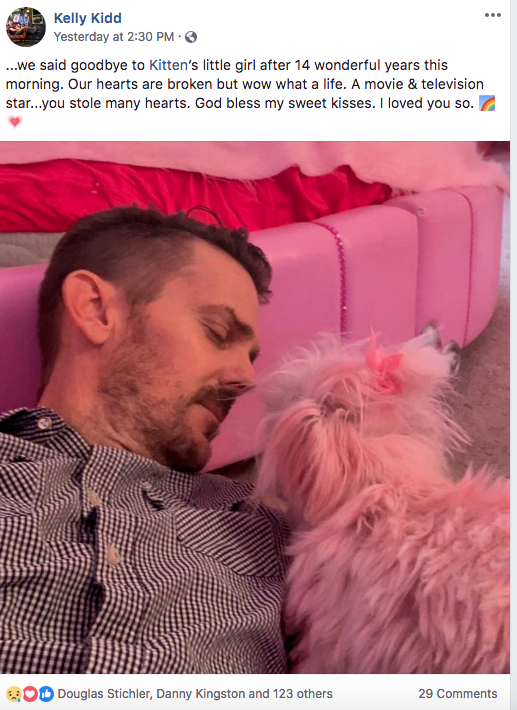 Dubbed “The Pink Lady of Hollywood,” Sera, gives a Angelyne the Billboard queen a good pink run. She has made a name for herself in the industry as an actress, singer, and writers She has turned the color pink into some profit by doing the talk show circuit and renting her pink palace–a West Hollywood apartment off of Santa Monica Boulevard, for photoshoots, video productions and art projects in need of a pretty pink space. Sera also graced the cover of Harper’s Bazaar España, January 2017. 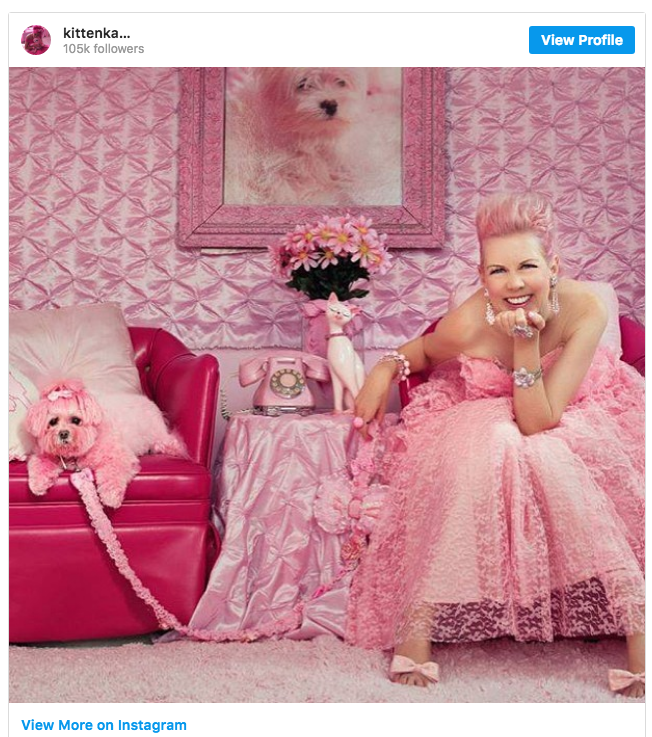 For more on Kitten Kay Sera and to view the life and times of Miss Kisses, visit http://www.thepinkladyofhollywood.com/