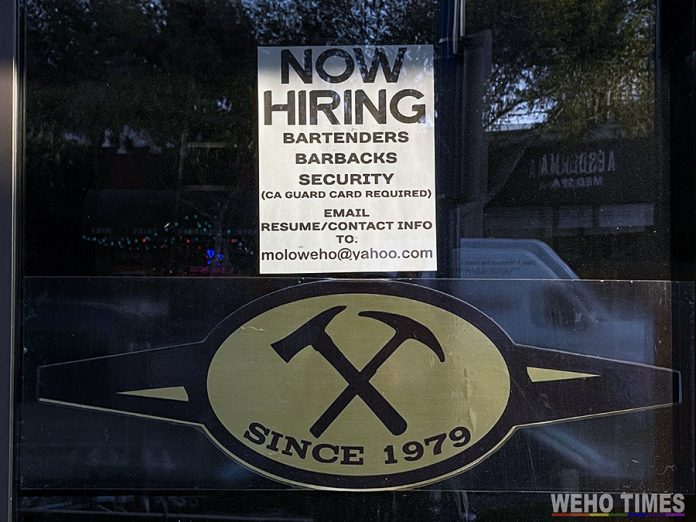 West Hollywood’s historical Mother Lode Bar is currently hiring in anticipation of a grand re-opening coming soon. There are signs all over the bar’s storefront stating that it is NOW HIRING bartenders, barbacks, and security guards (California Guard card required). Resumes and contact information can be mailed to moloweho@yahoo.com.

We know, we know, we heard it all before. They were supposed to reopen when the other bars opened back in June, but an employee told WeHo Times yesterday that the bar really is opening soon. It is not yet certain if it will open in time for Halloween or whether it will wait till shortly after.

The bar located at 8944 Santa Monica Boulevard, in the heart of WeHo’s Boystown/LGBT Rainbow District, is still currently going through major renovations before they are able to re-open. The bathrooms in the back have been completely redone and currently there is still a lot of construction going on with the ceiling/roof.

Photos reveal certain parts of the ceiling are still bare bones. It is not yet clear if they are putting some skylights by the main bar and the pool table area, or if they are rebuilding the entire rooftop. Skylights would make sense to brighten up the place, which tends to be darker during the day. 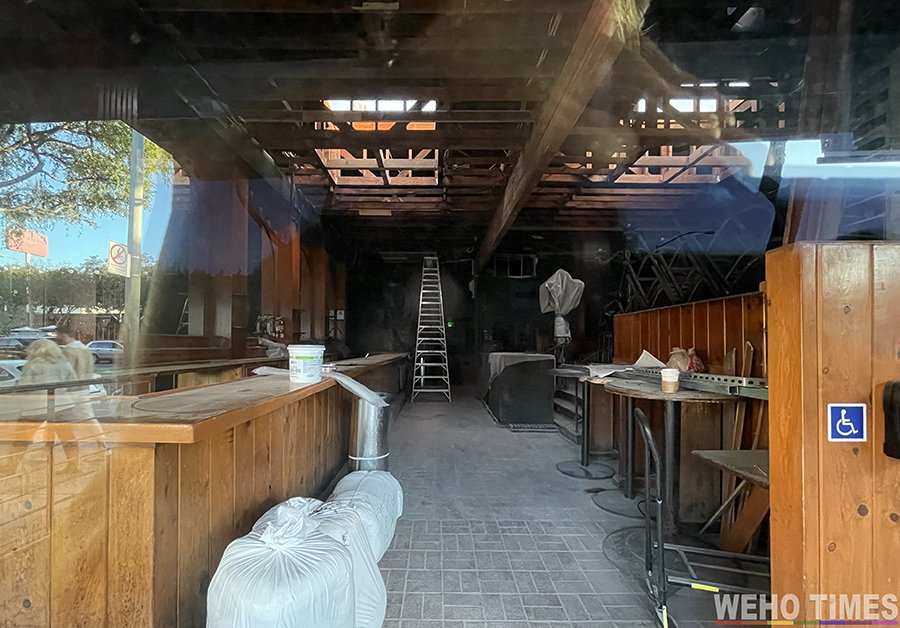 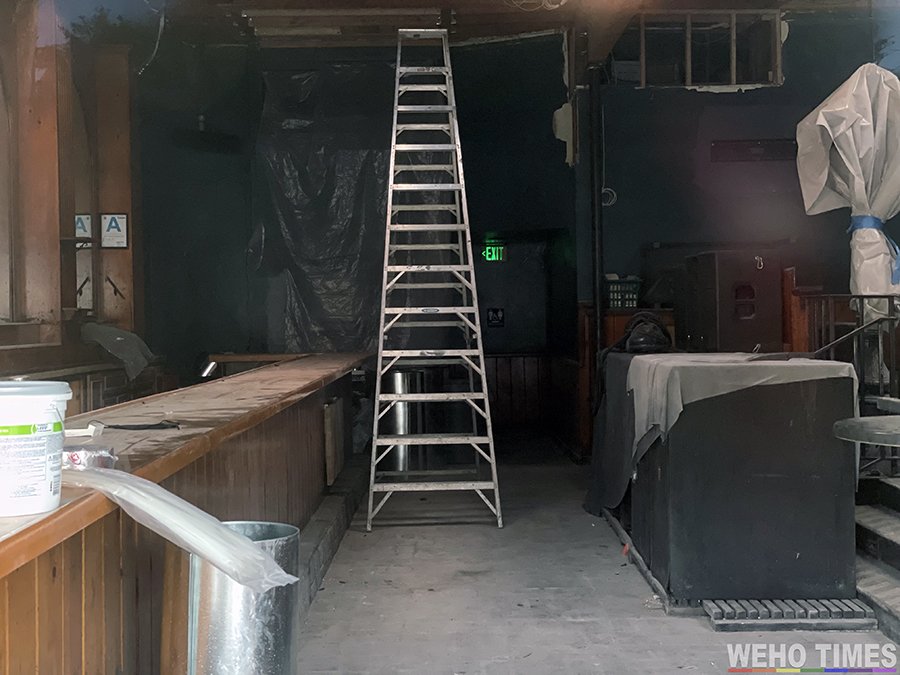 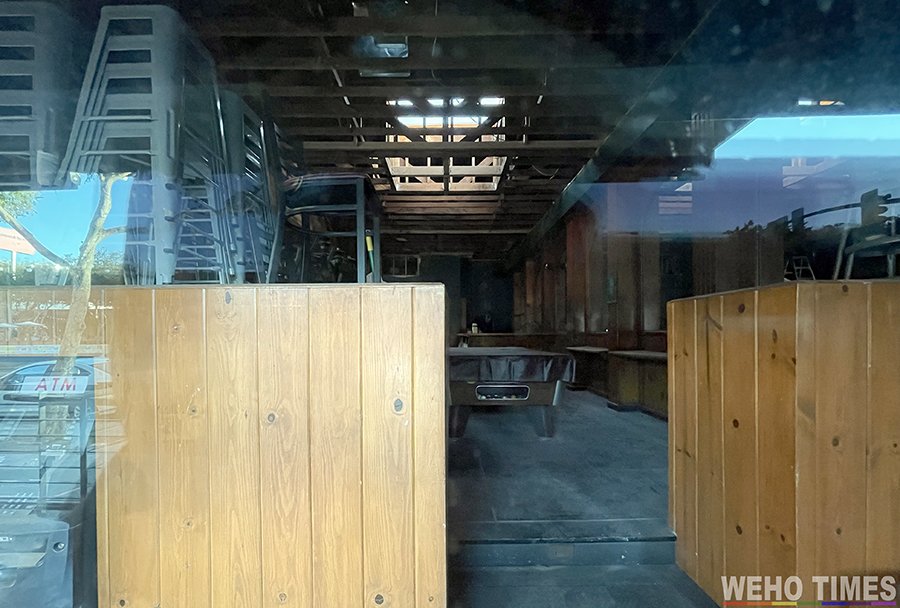 Repairs to the roof could also be in response to the an incident reported here on July 1, 2018, when the oldest gay bar in West Hollywood had a mishap after part of the ceiling collapsed on patrons during business hours. No major injuries were reported, but it was enough to shut the bar down and prompted the City of West Hollywood Building Official to post a sign confirming the ceiling had collapsed and the entry, occupancy and lawful use of the building was restricted until the city was able to provide a structural observation and repairs were made as required.

Mother Lode will one of the last bars to open on the main strip that didn’t shut down permanently during COVID-19. Rage nightclub, Flaming Saddles and Gold Coast did not survive the pandemic. The former homes to these gay bars are currently going through renovations to reopen as different entities (the verdict is still out for Fubar in the Eastside of Santa Monica Boulevard). Gym bar closed at its home location, but it is the only bar that has been able to re-opened at a new location on the strip.

The NOW HIRING sign is telling that Mother Lode bar is taking steps to re-open soon. Whether it opens in time for Halloween remains to be seen. We will keep you posted.

When is the reopen?

As long as they get rid of that awful awful promoter Dirty Burty, they’ll be thriving.