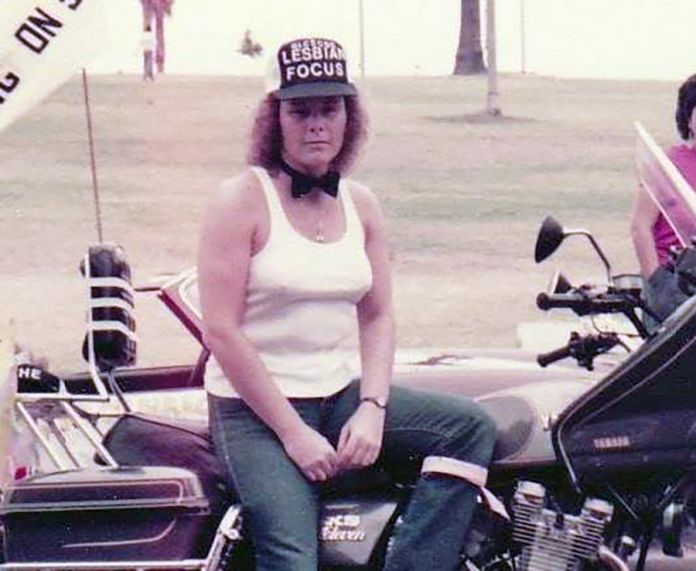 LGBT Activist Janet Avery passed away this month. According to a Facebook message posted by her friend Cindy Elliott, Avery died peacefully July 13, 12:30pm EST. The cause of her death has not yet been revealed.

Janet Avery was the President of Orange Count Cultural Pride – The OC’s first gay pride festival and parade. With the help of a young lawyer named John Jude Duran, Avery fought Santa Ana city hall for a pride parade permit. She sparred with anti-gay right winger Rev. Lou Sheldon, of Traditional Values Coalition and white supremacists in the mostly conservative area of Orange County during their efforts to try to revoke the pride permit.

The first Orange County Gay Pride Festival was held in Santa Ana in 1989. It incited a clash between attendees and anti-LGBT forces. Police ordered organizers of the Orange County Cultural Pride Festival to lock the gate to the festival grounds for half an hour after the brawl and considered shutting the event down early, but decided to let it continue as scheduled for the rest of the day. As the event continued, so did the tension between the festival goers and the anti-LGBT crowd. In an effort to calm the crowd, Janet Avery took the stage to address the crowd. 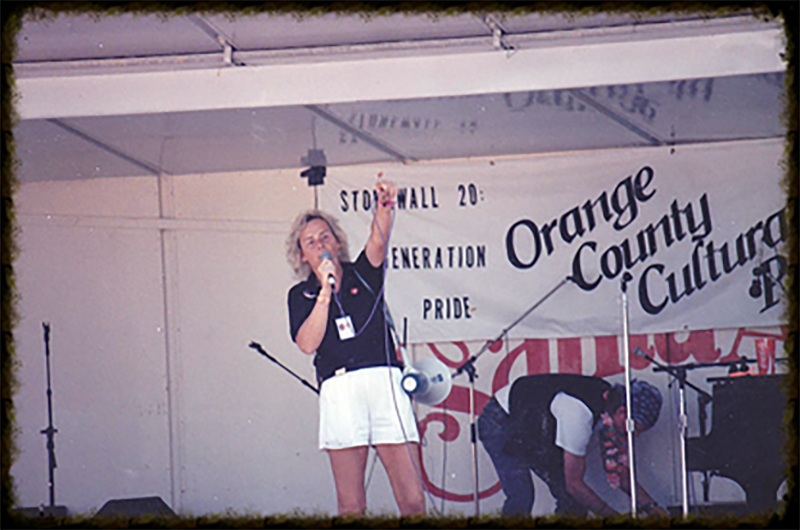 The young lawyer hired by Avery is now the mayor of West Hollywood. John Duran, remembers Janet Avery fondly on his Facebook timeline.

“Janet and her mighty band of warriors brought the first parade to OC. The parade permit was one of the first gay rights cases that my law partners Joel Loquvam Maureen Costa, the late Tom Kendricks and I did. When the Santa Ana City government granted the permit – the Traditional Values Coalition and Lou Sheldon enlisted crazy Congressmen Dannemeyer and Dornan to revoke the permit. It caused quite a stir. The Santa Ana council voted 4-3 to grant the permit. The parade happened. There might have been a few hundred marchers but there were thousands of right wing protestors. The Santa Ana PD charged everyone on horseback hitting both gays and protestors alike with baton almost shutting the parade Down. Janet calmed the crowd down while I was negotiating (threatening) the Santa Ana Police Chief. It almost got closed down. But the first amendment ruled the day. Early days of OC activism. My law office got a swastika and our back porch set on fire. I moved to West Hollywood shortly thereafter. Those were wild days of rage, passion and justice – and fighting… We were there for history …..”