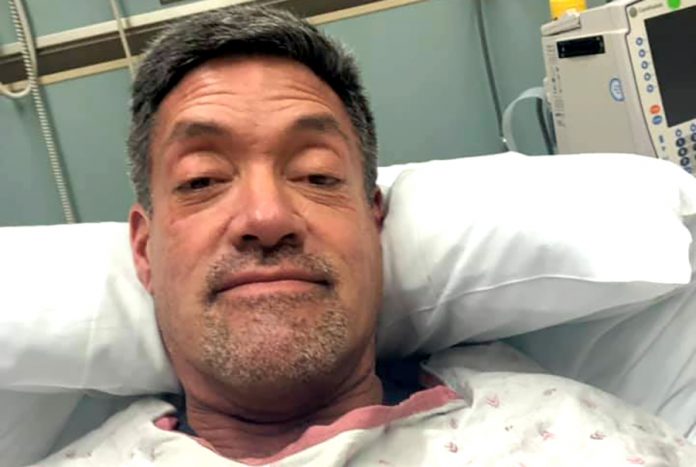 West Hollywood Mayor John Duran continues his stay at Cedars Sinai while he gets procedures to address his issues with blood clots–an issue that according to his most recent Facebook post, he’s been dealing with for the past 25 years.

Sources close to Duran tell WEHO TIMES that he experienced chest pains and tingling sensations on his left arm. On Thursday, February 14, he sent out text messages to close friends stating that he suffered from a heart attack and that he was admitted to Cedars.

Due to his recent health issues, Duran will most likely miss the upcoming City Council meeting scheduled for next Tuesday, where members of the #Justice4Gemmel Coalition and #MeToo March International, plan to hold a rally to address, male survivors of sexual harassment, sexual violence and exploitation following allegations of sexual misconduct made against Duran by a member of the Gay Men’s Chorus. There will also be a call for the arrest of Ed Buck and demand justice for Gemmel Moore and Timothy Dean.

For now John Duran is focused on centering himself, improving his heart’s health and surrounding himself with those who love and support him.

“Thank you everyone for the well wishes,” he posted on his Facebook timeline today. “Some of you know that I have struggled with blood clots for 25 years. They can be deadly. Unfortunately – I have been at cedars for 4 days and had numerous tests and an angiogram. Looks like I am having a procedure on Monday that they hope will address the issue. Being in a hospital bed for days is maddening for someone who is active , busy and always ready for a fight. But doctors orders that I rest. Not move and risk the clot moving. And my closest friends are keeping me off social media.”

The outpouring of support from the West Hollywood community was swift. His post has generated over 200 hundred comments within two hours, as of the posting of this piece.

“My Mom came to visit in my dreams,” he added on that post. “She gave me a simple directive : ‘Remember Who You Are’ That was enough to center me and feel her love. And of course the love from all of you by text, email and Facebook. As I tell so many others – THIS TOO SHALL PASS.”