WeHo is a Halloween Party Destination Despite Cancelled Carnaval

The West Hollywood Halloween Carnaval was cancelled for the second year in a row due to the COVID-19 pandemic. However, that did not stop WeHo from becoming a Halloween party destination last night. Hordes of people in costumes bar-hopped and walked up and down Santa Monica Boulevard searching for something to see, or to be seen. 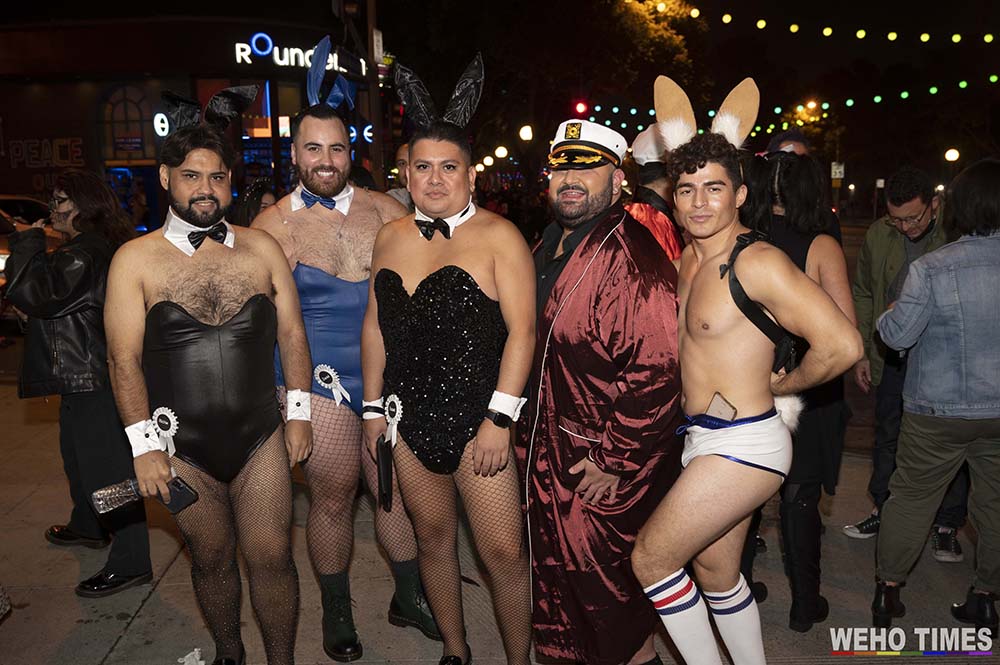 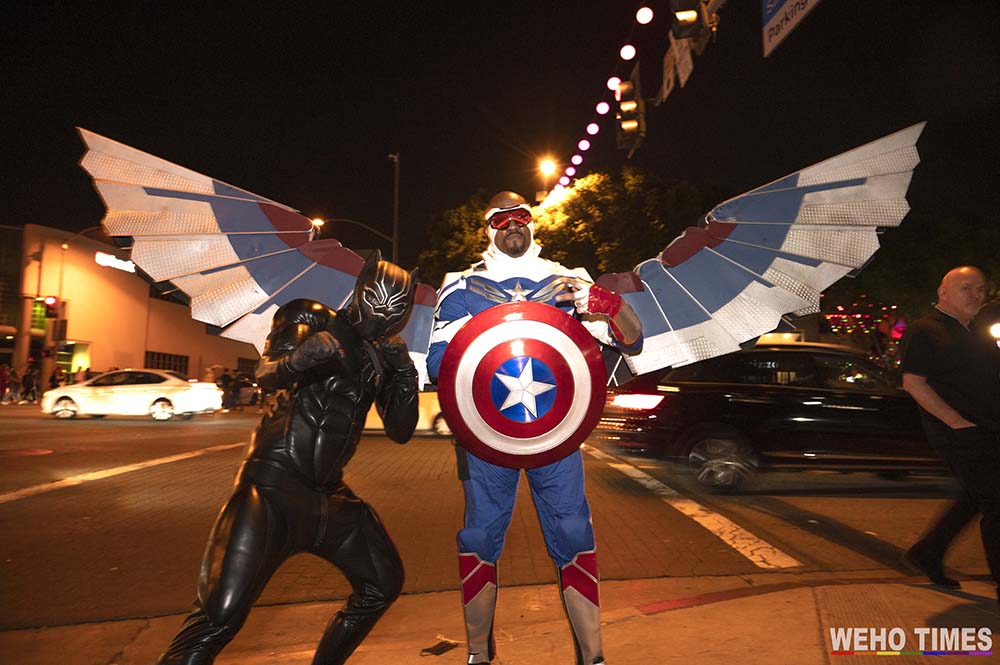 It was somewhat of a throwback to the early days of West Hollywood on Halloween night dating back to the 80s and early 90s when the Halloween Carnaval was more of a small Halloween street party and not the massive block party we know today. There was a time when the streets were open to moving traffic, but the sidewalks were busy with people in costumes who hopped from bar to bar or simply gathered on the street.

The throwback to the early years of the WeHo Halloween scene ended with the crowds on the street last night. The landscape of the former WeHo Boystown, now the LGBT Rainbow District, could not be more different. From the closure of some historical bars, to wearing protective masks, and showing vaccination information to get into restaurant and bars due to a world pandemic, the WeHo Halloween experience is not what it used to be.

Halloween fell on a Sunday this year, so West Hollywood did not get the massive turnout that was anticipated on October 31st. However a school night did not deter people from hitting the Boulevard and celebrating Halloween in WeHo. 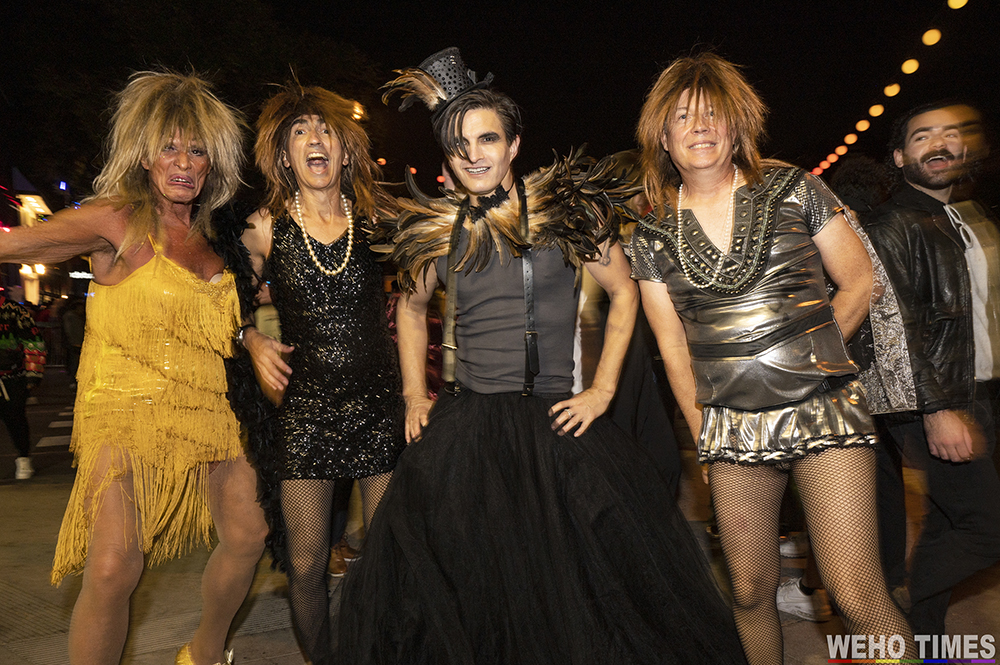 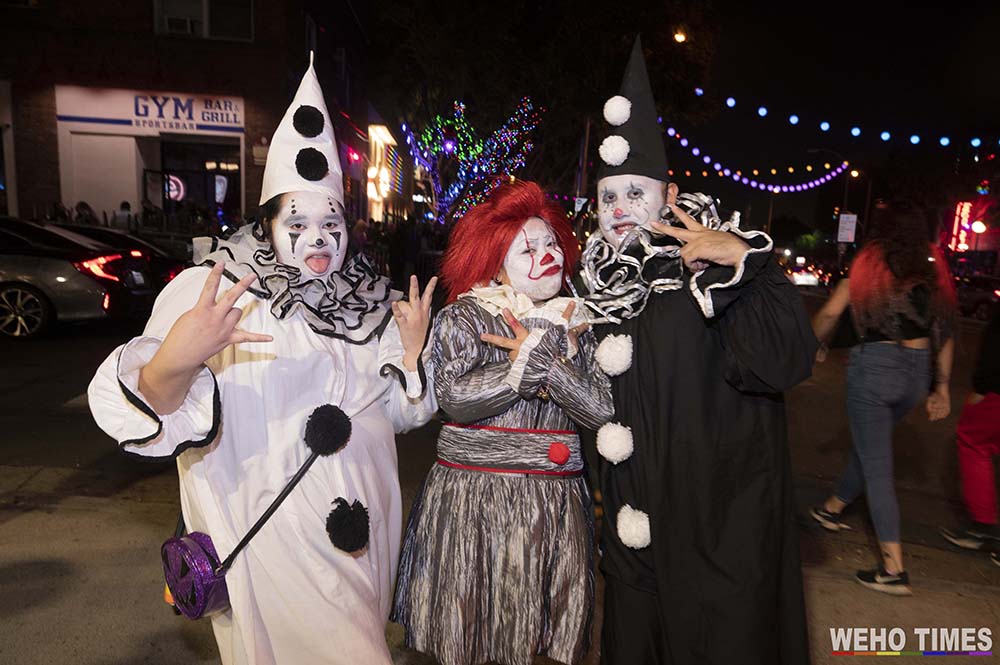 It appears the City of West Hollywood was ready to close the street if needed should it become too crowded. Barriers were stacked at the corners of major intersections and first responders were standing by close to the large pockets of people so they weren’t stuck in traffic in case of an emergency. West Hollywood Sheriffs and code enforcement were also visible last night.

Micky’s, Rocco’s, and The Abbey kept the lines organized and moving despite the crowds on the sidewalk. Micky’s was the most organized. 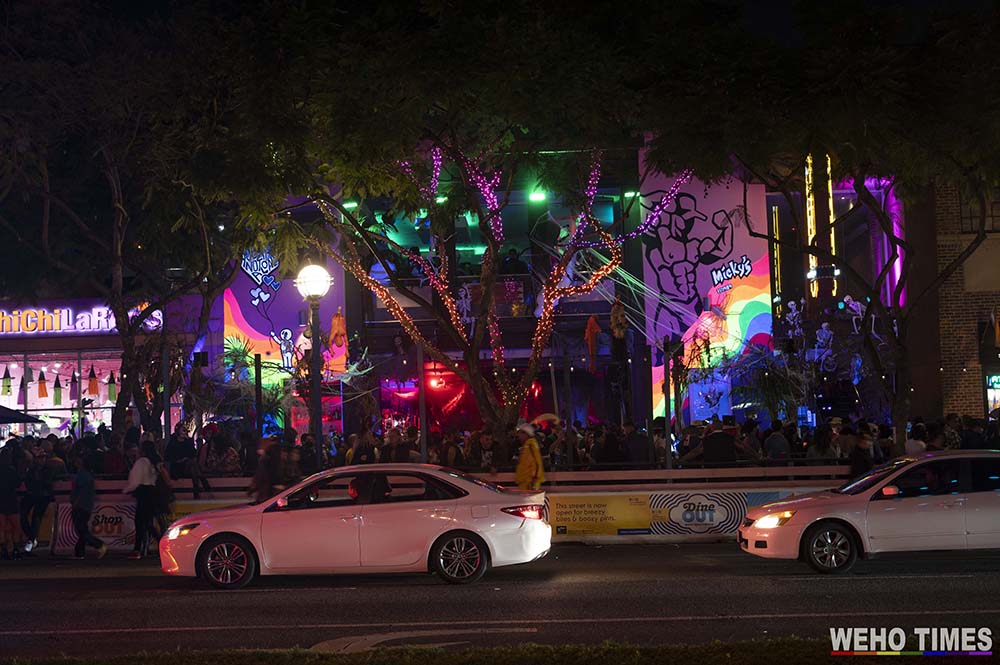 Parts of the sidewalk that were notably congested throughout the night were at Fiesta Cantina and Stache Bar, where it became so crowded and out of control, that people spilled onto the street and used the bike lane to get by.

One establishment that didn’t have any issues with large crowds is the Fubar Halloween pop-up party, which was put together at the last minute, under a veil of secrecy at an empty building space that was once home to Gym Sportsbar. The location was more like an underground party in the middle of three dead store fronts, so the area was dark and didn’t garner much excitement despite its elaborate Halloween decor.

In 2020, the West Hollywood City Council approved the cancellation of all major special events in the City of West Hollywood through the end of 2020. However, due to the continued spread of COVID-19 and surge in Delta variant community transmission, the City of West Hollywood decided to continue the cancellation of many large-scale events and gatherings during 2021, including a large Pride celebrations in June, Halloween Carnaval 2021, and New Year’s Eve events such as #BOOM!

The City of West Hollywood’s Halloween Carnaval event has been a Halloween party destination since it launched in 1987. The event has grown year-by-year into an annual gathering of phenomenal costumes, entertainment, culture, and self-expression with a sea of observers, revelers, exhibitionists, and performers hitting Santa Monica Boulevard.

The City of West Hollywood remains in a declared local emergency in response to the coronavirus (COVID-19) outbreak. Coronavirus information is available at www.weho.org/coronavirus.