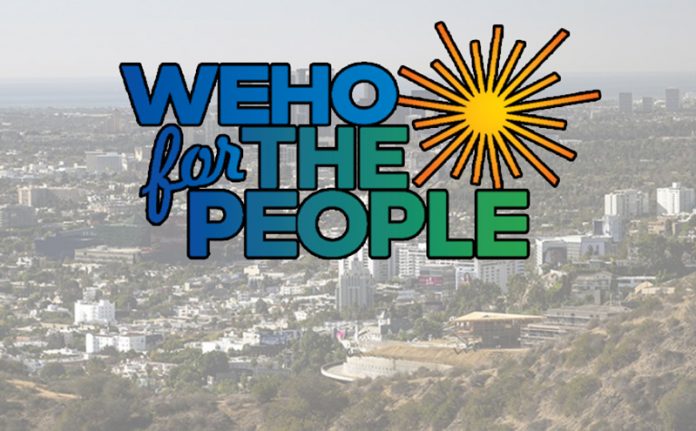 WeHo for the People is launching in West Hollywood on Thursday, September 8, 2022, at 10 a.m., at La Boheme Restaurant, located at 8400 Santa Monica Boulevard. The coalition of “dissatisfied residents and business owners along with the West Hollywood Chamber of Commerce” was created to raise the awareness among voters about the need for change in the City Council election this fall, says a press release.

Keith Kaplan, a long-time resident, property owner and realtor, initiated WEHO for the People “because the policies advanced by the majority of the City Council have ignored West Hollywood residents and businesses alike, both of whom now are deeply concerned with public and economic safety.”

According to a statement, “The WEHO for the People coalition will call on residents, small business owners and concerned citizens to tell City leaders they need to serve the people and community they were elected to serve. They must act to restore the economic vitality and safety of our residents and business owners.

Residents and business owners will share their grave concerns with the aggressive, anti-community policies.”

The coalition states that The City Council has created policies that make the City much more expensive for residents and visitors by driving up labor costs for all businesses during a time when the nation is experiencing unprecedented inflation following two years of hardship during the pandemic.

A press release announcing their launch states, that a recent survey conducted by the Pandemic Recovery Coalition found that West Hollywood residents and businesses say they are not safe and that City policies are threatening WEHO’s public safety. Local residents and business owners are increasingly fearful of facing retail theft and violent personal attacks.

The West Hollywood Chamber of Commerce (WHCC) sponsored candidate forum 2022, co-sponsored The League of Women Voters of Greater Los Angeles, is now available for playback via the WeHo Chamber’s YouTube channel. The forum, moderated by NBC4 Anchor and Reporter, Robert Kovacik, took place virtually on Tuesday, August 23 from 5:00 to 7:00 p.m..

YES!!!!!! The people fight back and take back their city!

There is no time listed? Please update

Thank you for adding the time.

I am there. Thank you.