Is WeHo Flushing the Toilet on CSW & PRIDE? 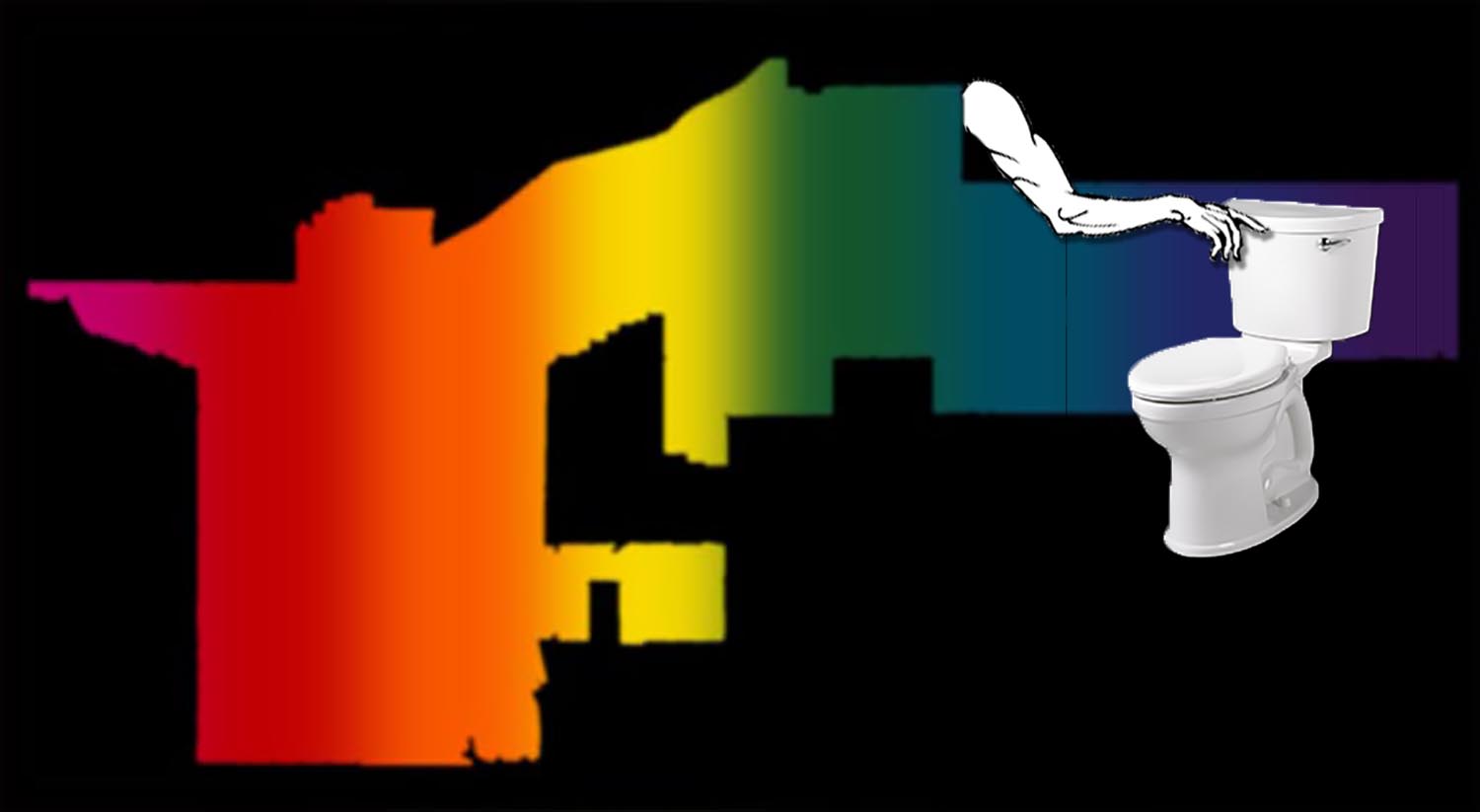 WeHo’s grip on Pride may fail. It nearly happened before, and may well happen this year.

The year was 2000, and because of Board President Joe Cappodono’s abrasive leadership, Christopher Street West’s (CSW) board of volunteer directors dwindled to only three newbies when it came to putting on the 2000 L.A. Pride Parade and Festival.

Asked by Frontiers Magazine how it came to pass that a dozen old hands had jumped ship, Mr. Cappodono replied, “Sometimes you just have to flush the toilet.”

The sound of flushing repeated itself this year with board members leaving in droves over incompetence and suspicions of self-dealing by the board president Chris Classen coupled with the board’s inability to explain CSW’s troubles to the community it serves because of organizational demands to sign non-disclosure agreements.

In January of 2017, Dan Morin, a 73- year old gay man who joined the board only recently “because of the serious problems connected with CSW last year,” resigned, according to a local blog. After being asked to sign a non-disclosure agreement, Morin felt his ability to advocate for changes he felt were necessary to preserve the legacy of Christopher Street West were muted.

Morin’s reason matched that given by a larger group of long-time board members. According to reporting from The Pride L.A., four board members recently tendered resignations in frustration.

Karina Samala is a prominent transgender woman; Andy Sacher is founder of The Lavender Effect, a group that helps document the legacy of local LGBT history; Steve Ganzell is a legacy CSW president; Marlon Morales, a Latino man and chairman of L.A. Leather Pride Week” all bailed because of infighting about CSW’s direction.

“Ms. Samala has dared challenge that gag order, alleging that the 2017 board is not supportive of the transgender community,” wrote The Pride LA. In a statement to The Fight Magazine, which first broke the story.

She delivered the harshest blow yet to CSW, “For the past year, myself and other board members had made every attempt to work with the current president and leadership of Christopher Street West/L.A. Pride to address issue’s of inclusion, transparency, board engagement and the elimination of our rich LGBT history from the Pride Celebration,” she said.

“Until last year, CSW had been extremely accommodating and supportive of the transgender community and transgender pride events. Now, with this new leadership, I feel that vital support has eroded.”

Steve Ganzell told that publication, “The current leadership is taking the organization in a direction that most of us who have been there for a while don’t feel comfortable with….It’s being driven over a cliff, and if you think you can change the direction of it, you’re nuts.”

Andy Sacher told another local publication that quitting CSW’s board was difficult because he had attempted to drive change from the inside but lost hope.

CSW faces even more daunting challenges this year with the majority of West Hollywood Park unavailable due to the construction of a 150-million-dollar recreation facility and community center. The already inadequate festival footprint will be reduced by nearly 70 percent.

This brought a proposition for repositioning of the festival to Melrose and San Vicente, south of Beverly. Community members raised major objections to potential noise, traffic and safety issues with the festival’s intrusion into their quiet residential neighborhood and the council rapidly set that idea aside.

To date, the City of West Hollywood has not approved an alternative venue (Plummer Park hasn’t been offered). For now, the L.A. Pride website lists venues for the Pride Festival, Trans Party and Women’s Party as TBD. With L.A. Pride less than three months away, one has to wonder if WeHo’s City Council is sending a message that they are done with CSW or L.A. Pride altogether.

So, back to the drawing board. Within the next 12 weeks, promises CSW, the general populace will be informed of where, if it comes off, the L.A. Gay Pride in West Hollywood festival will occur.

Swooping in to try and right the sinking ship, Christopher Street West board member Brian Pendleton this year pushed successfully an idea to downsize the event to fit peculiar contingencies.

The parade won’t be a parade any longer, either. Absent will be the colorful floats of water cannon-wielding dancing go-go boys, marching bands, or fabulously decked out Lesbians and Transgenders on glitter-laden chariots that typically roll down Santa Monica.

First and primary of Mr. Pendleton’s ideas posited changing the pride parade to a march.  This year’s event on June 11 will simply consist of “people moving through the streets” marching for human rights, Pendleton told the L.A. Times. “We’re getting back to our roots,” Pendleton said. “We will be resisting forces that want to roll back our rights, and politicians who want to make us second-class citizens.”

Pendleton said this year’s march which will be called Resist March, was inspired by the massive women’s marches that took place across the globe the day after President Trump’s inauguration. Pendleton said that while the current “political climate” makes a protest appropriate this year, the event is not being billed as an anti-Trump protest.

“It’s not a red thing or a blue thing,” he said to the L.A. Times, “It’s about marching for human rights, which are a Republican concept and a democratic concept. … We’re changing the format this year to let people know we care about human rights, whether you’re a woman, a dreamer, or an LGBTQ person.”

The timing and the admission of a changed political climate, however, seem to argue against the assertions of the march’s non-partisan nature, something certain to turn off a wide number of otherwise eager parade-goers with an implicitly anti-Trump message.

We end up with West Hollywood Gay Pride, a slightly defiant (but not anti-Trump, mind you) march for human rights with little-to-no festival space.

Not exactly a proud outcome, especially when downtown L.A. Pride is on the rise, with adequate space for a festival and no problems finding participants for a parade.

Perhaps they might decide to have one this year since WeHo is out of the running.

No drag queen is marching in heels from Hollywood all the way to WeHo. No floats, no marching bands, no fabulous.