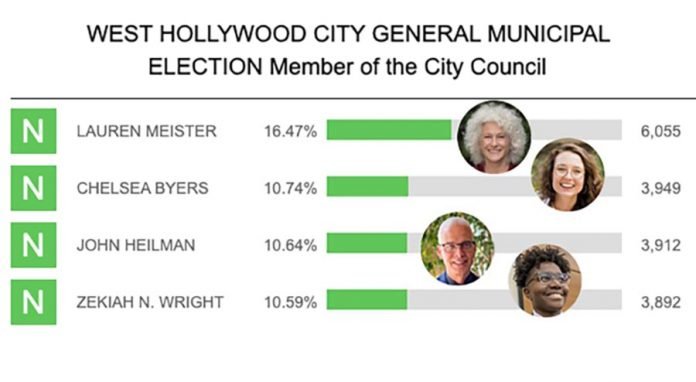 The most recent West Hollywood elections update shows the same candidates in the top three positions as of November 22, 2022, 3:11 p.m. Results continue to show Mayor Lauren Meister in the lead with 6,055. Chelsea Byers gained 15 votes since the last update and has moved from 3,934 votes to 3,949.

John Heilman is still holding the third of the three open seats, but just barely, with 3,912 votes to Zekiah Wright who is closing the gap with 3,892, a 20 vote difference. (Zekiah was 21 votes away from 3rd place with 3,877 in the last update).

Wright has kept Robert Oliver in the 5th spot since last week. He currently has 3,754 votes.

Returning candidate John Duran also hasn’t moved from the sixth position with 3,754 and will most likely not get the votes needed to be in the city council, unless there is a dramatic twist to an already unexpected WeHo elections. 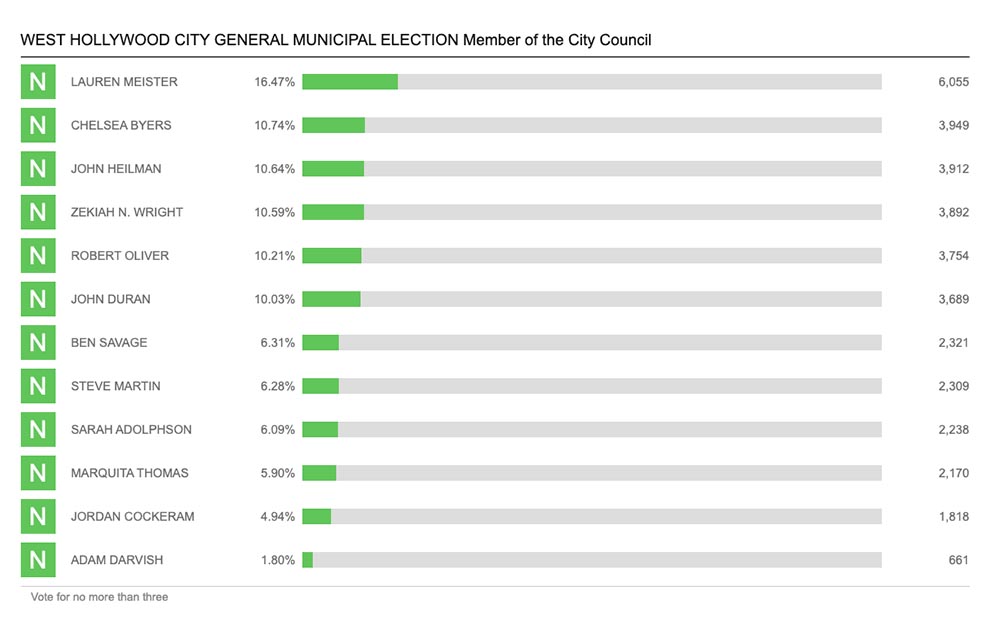 Terrible outcome for the residents of West Hollywood. Chelsea Byers and Zekiah Wright are not qualified to make decisions on behalf of anyone.

Yep, just like the last election. I don’t care about gender neutral bathrooms, I care about the city being properly run. This is very discouraging.