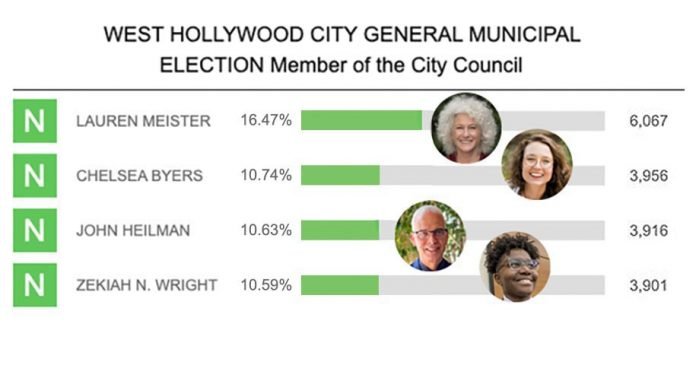 The most recent Weho elections update shows very slight number changes with the same candidates in the top three positions as of the latest posted numbers on December 2, 2022, 3:04 p.m.

Mayor Lauren Meister leads with 6,067. Chelsea Byers gained 4 votes since the last update and has moved from 3,953 to 3,956 votes keeping her in 2nd place. John Heilman is barely holding the third of the three open city council seats with 3,916 votes to Zekiah Wright who continues to close the gap with 3,901, a 15-vote difference.

The positions have not shifted for the rest of the candidates with Robert Oliver in the fifth spot and John Duran coming in 6th. 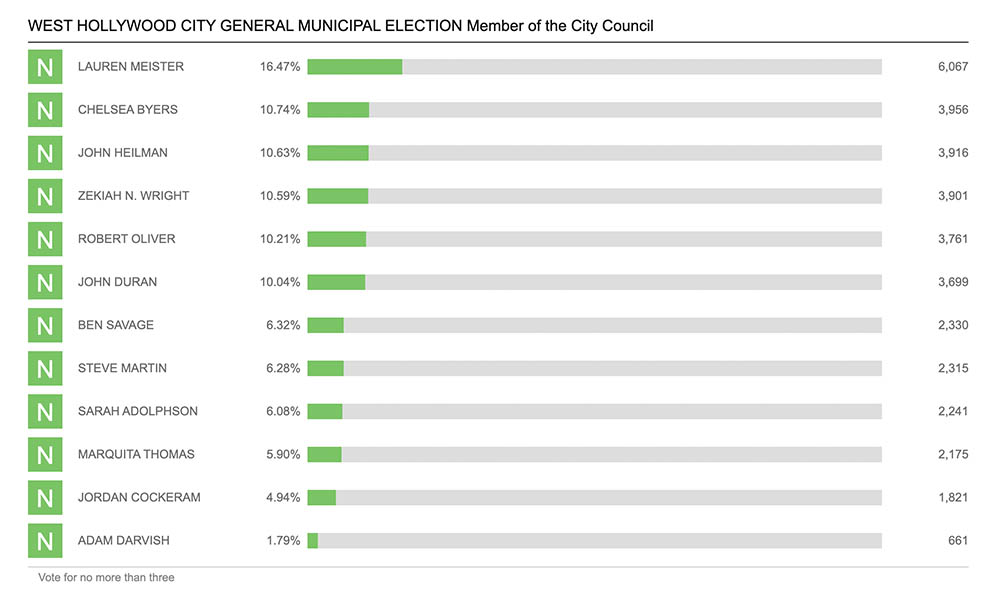