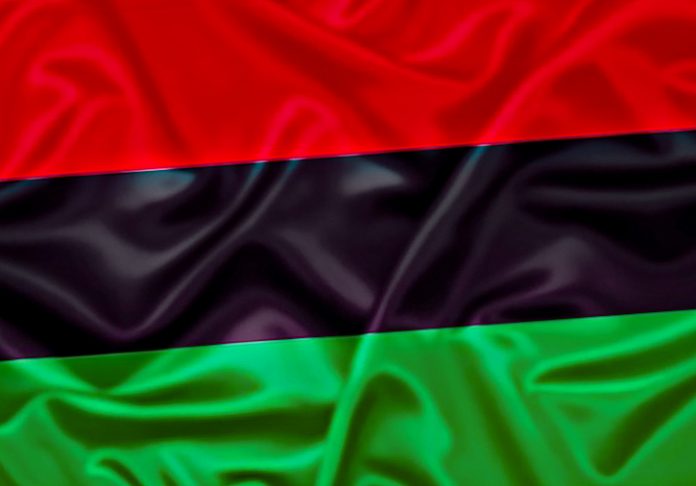 The City of West Hollywood invites community members to attend a Pan-African Flag-Raising Ceremony in celebration of the Juneteenth 2022 holiday on Sunday, June 19, 2022 at 10 a.m in the auto court behind West Hollywood City Hall, located at 8300 Santa Monica Boulevard. The Ceremony will commemorate and honor the historical significance of Juneteenth and serve as a gathering space for residents, community members, activists, and organizers, as well as elected officials, dignitaries, and members of the City’s Commissions, Advisory Boards, and Social Justice Task Force.

Juneteenth – also called Emancipation Day, Jubilee Day, Freedom Day, and Black Independence Day – is recognized on June 19 each year marking the date when some of the last enslaved people in the Confederacy were notified of their freedom on June 19, 1865. Juneteenth is recognized annually to commemorate the ending of slavery in the United States and represents a special day of reflection.

Juneteenth is not only a reminder of a painful chapter in American history, but it also serves as an opportunity for people to recommit to combat all forms of modern-day slavery, human trafficking, and racial injustice. In June 2021, President Joe Biden signed a bill to recognize Juneteenth as a federal holiday. In June 2020, the West Hollywood City Council established Juneteenth as an observed holiday in West Hollywood. In January 2022, the City Council approved direction to initiate steps to recognize Juneteenth as an official City holiday, which will require forthcoming amendments to the City’s Municipal Code.

The Pan-African flag was designed to represent people of the African diaspora and consists of three equal horizontal bands of red, black, and green.  The three colors of the flag symbolize: red for the blood that unites all people of Black African ancestry and has been shed for liberation; black for the people whose existence as a nation, though not a nation-state, is affirmed by the existence of the flag; and green for the abundant natural wealth of Africa.

For additional information about the Pan-African Flag-Raising Ceremony in celebration of the Juneteenth 2022 holiday, please contact Jasmine Duckworth, the City of West Hollywood’s Community Programs Coordinator, at (323) 848-6559 or at jduckworth@weho.org.