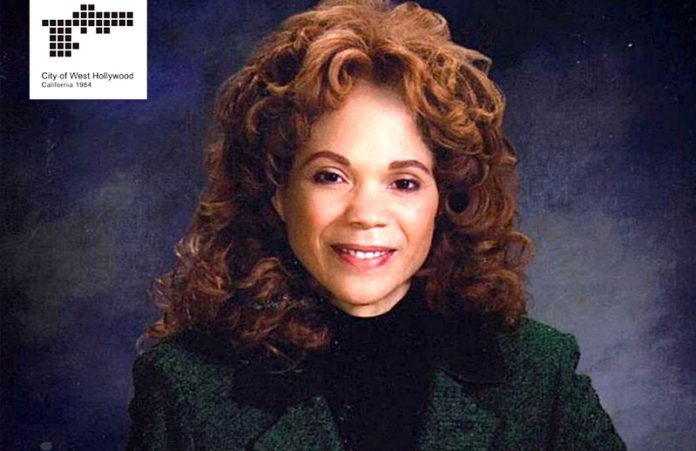 The City of West Hollywood and its Public Safety Commission are inviting community members to join a a conversation on equity and public safety featuring Constance Rice (better known as Connie Rice). The free virtual event will take place on Zoom Webinar on Monday, July 12 at 6 p.m.

To register, or to submit questions in advance, please visit the event calendar page on the City of West Hollywood’s website by clicking on the short URL w.eho.city/ConnieRice to access links to a Zoom registration page and to question submission forms.

Through coalition cases and campaigns, Connie Rice has won more than $10 billion in lawsuit damages and policy changes that has expanded safety and opportunity for millions in poor neighborhoods. Rice’s advocacy has earned more than 50 major awards and prompted Los Angeles Magazine to call her “the voice for LA’s oppressed.”

In her most important work outside of the courtroom, Rice has galvanized the police, community, and government to transform inner-city policing and end a gang homicide epidemic. With Los Angeles Police Department (LAPD) Chief Charlie Beck, who calls Rice “the conscience of the City,” she pioneered the Community Safety Partnership, a UCLA validated policing approach that replaces mass incarceration enforcement with holistic guardian policing. President Barack Obama’s Task Force on 21st Century Policing selected Rice as a member for her experience in transforming warrior policing. Reflecting on what drives her, Rice says, “I am the great-granddaughter of FORMER slaves and slave owners because, on their watch, activists and rebel slaves demanded and died for emancipation. It is a privilege to pay that debt forward on mine.”

According to a City press release, The City of West Hollywood promotes justice and equity by utilizing creative solutions and funding robust social services to support residents. While the number of patrol Deputies has remained stable over the past two decades, the City has deepened investments during the past several years in alternatives to traditional law enforcement including civilian security teams, Code Compliance staffing, contracted social service agencies, and funding for a City-dedicated Mental Evaluation Team (MET), which is a partnership between LASD and the Los Angeles County Department of Mental Health. These effectively respond to overlapping concerns from residents and businesses regarding issues such as traffic, parking, homelessness, and quality of life issues.

The City of West Hollywood’s Public Safety Department provides oversight of law enforcement and coordinates community programs to reduce crime and increase public safety and the quality of life for citizens, businesses, and visitors to West Hollywood. The City contracts with the Los Angeles County Sheriff’s Department for police protection, the Los Angeles County Fire Department for fire protection services, and Block by Block and PACWEST for additional safety services.