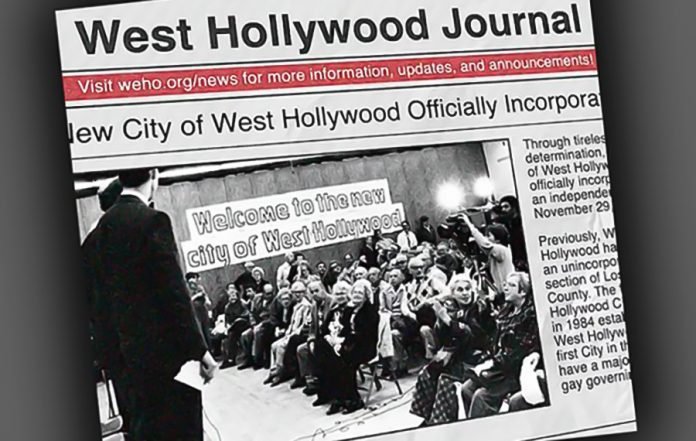 The City of West Hollywood is celebrating West Hollywood Day on the City’s 38th year of Cityhood, on November 29, 2022. City elected officials and staff will kick off the day from 8-10am (coffee provided) at the City Hall Courtyard (8300 Santa Monica Blvd.). Then there will be a State of the Community Reception and 38th Birthday Celebration from 6-8pm at the West Hollywood Aquatics and Recreation Center (8750 El Tovar Pl.).

This festive event will include light refreshments, live entertainment, a report from City Executives, and the opportunity to mix and mingle at the City’s newest community facility, the ARC (Aquatics and Recreation Center).

The City of West Hollywood was officially incorporated as an independent City on November 29, 1984. A coalition of LGBT activists, seniors, and renters proposed a Cityhood with progressive policies and strong tenant’s rights protections.

And here are some highlights of the past 30+ years in West Hollywood: